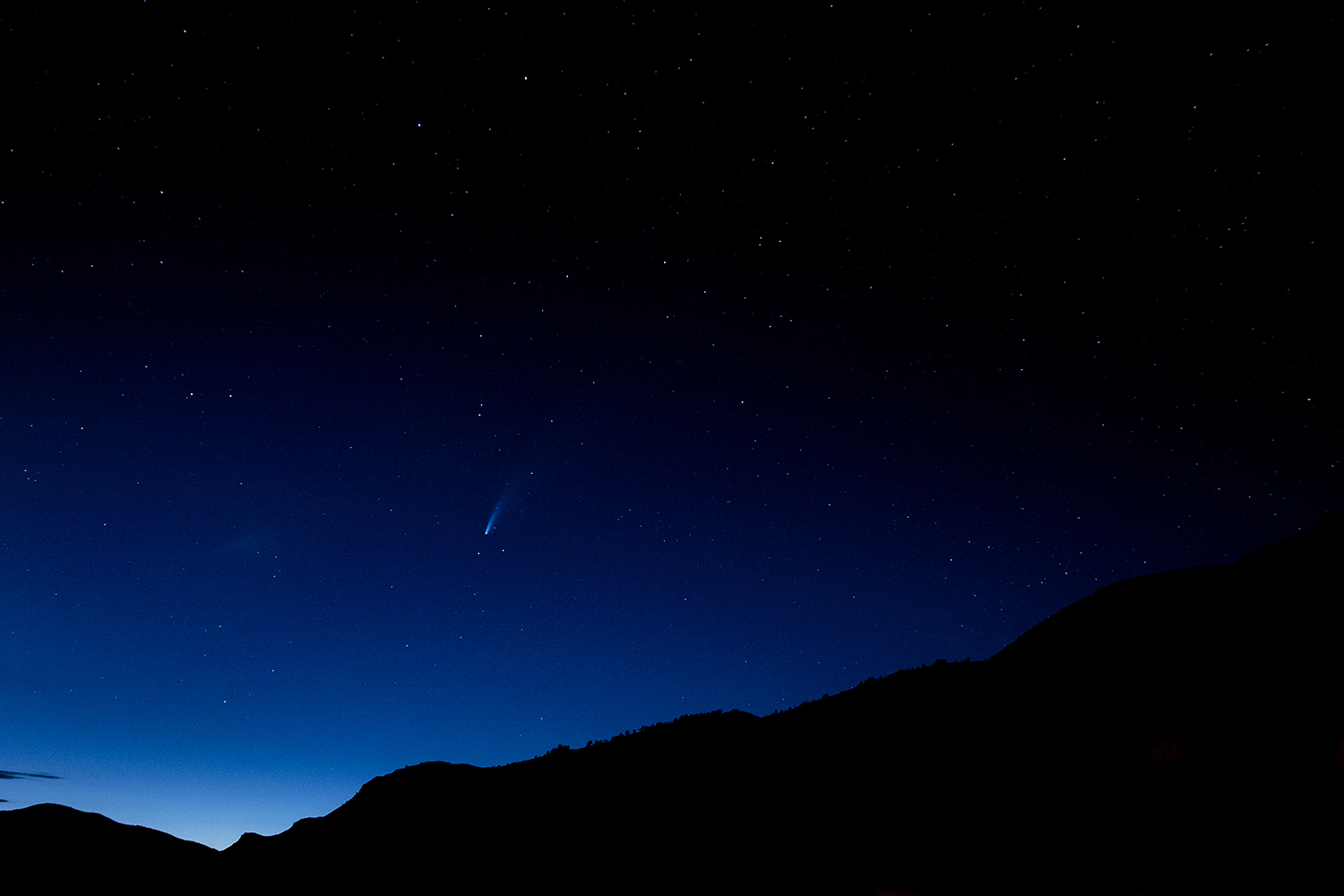 Adventure! After putting Zachary and Jonah to bed I decided to take Taryn and Jude out to see the Neowise comet. Our campground sits down in a valley so we tried to drive up the road about 5 minutes. We still couldn’t see it so we drove a bit further and a bit bit further still. Soon it was pitch black with nowhere to turn a big dually around. My ptsd makes it hard for me to drive in the dark and it’s something I almost never do. I was in way over my head and near tears when we finally found a rest area to turn around. As we pulled in the low gas light popped on 😆 we turned around and made it home 30 minutes later. I stopped at the top of the campground to see if we could spot the comet and sure enough, there it was. Oy! All that for nothing! Jude helped set up the tripod while Taryn complained, played with the flashlight, messed with the truck lights, ran from a mosquito, tooted and wished it wasn’t so quiet because that made it too loud. Y’all. She’s a mess after 10 pm. 😂🤣 I took 5 photos hoping one was in focus and we came home. Very cool to see!