Horseshoe Bend. It was a pretty intense hike there and back. Sand is tough on my injured foot. But the reward was totally worth it. Any guesses on which kid gave me a heart attack by walking right up to the edge?! It was *not* Jonah!  It was totally Taryn. 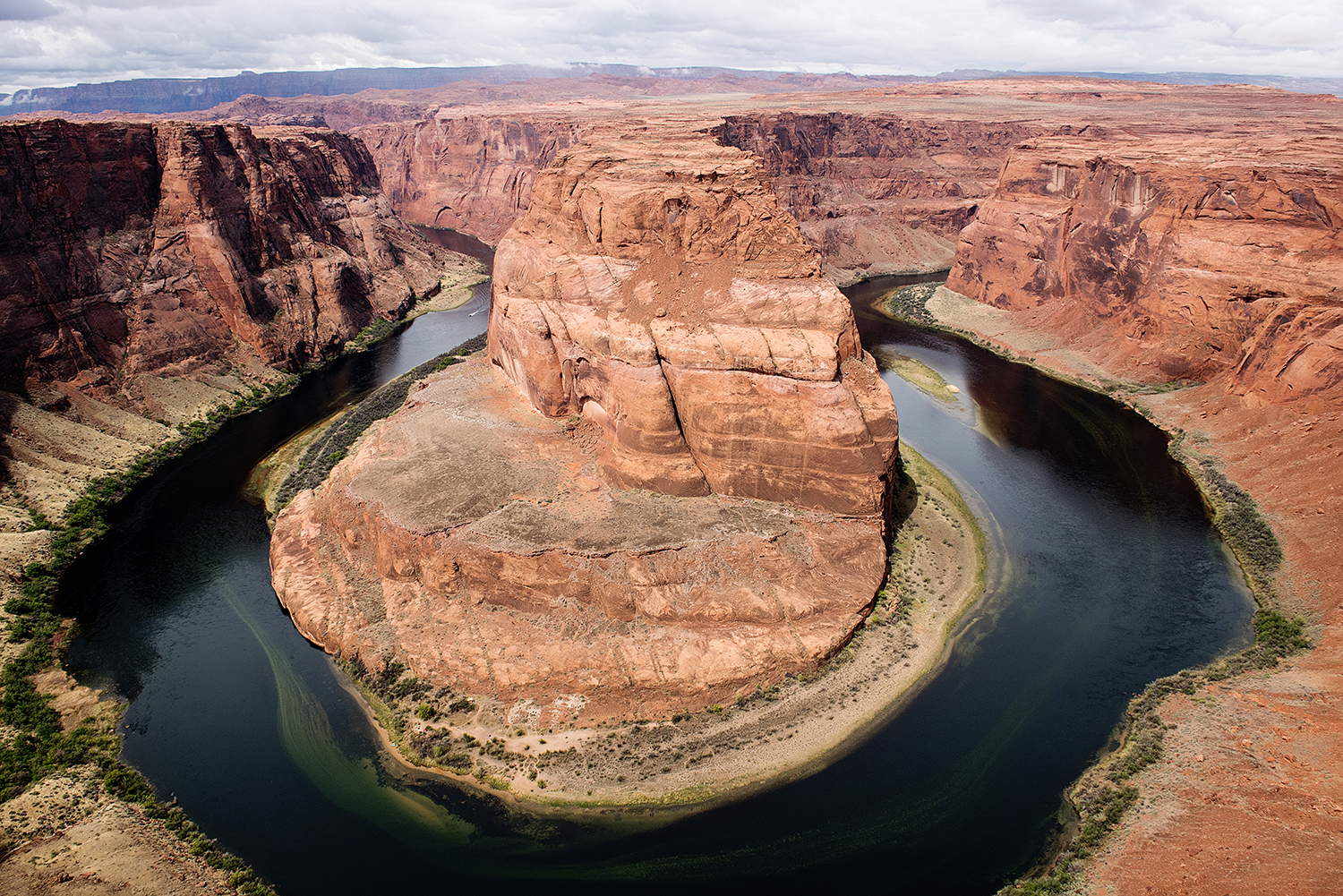 Wearing Jonah at Horseshoe Bend was a must. And this is about as close as they got to the edge. I love his head peeking around to see the view below 😍 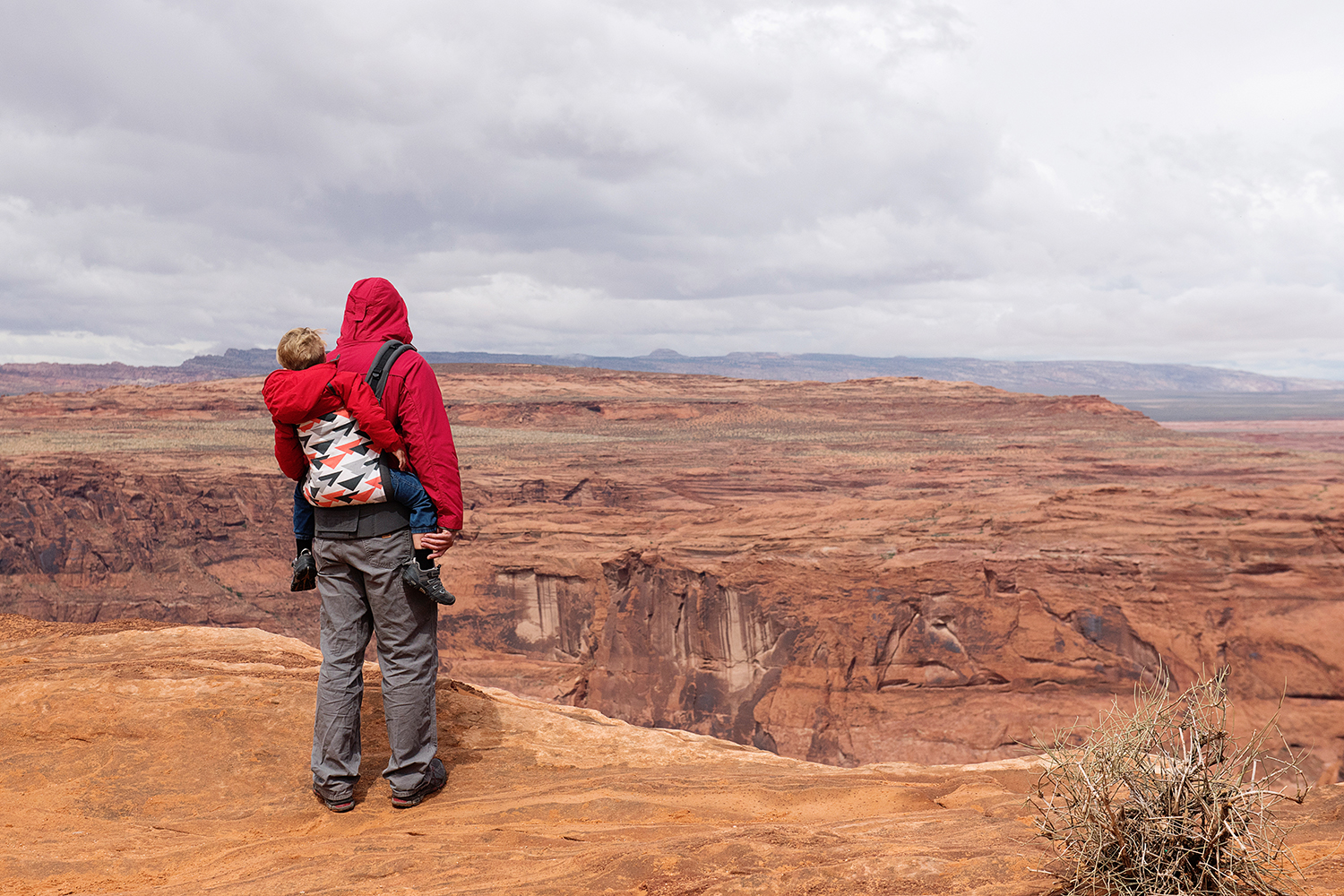 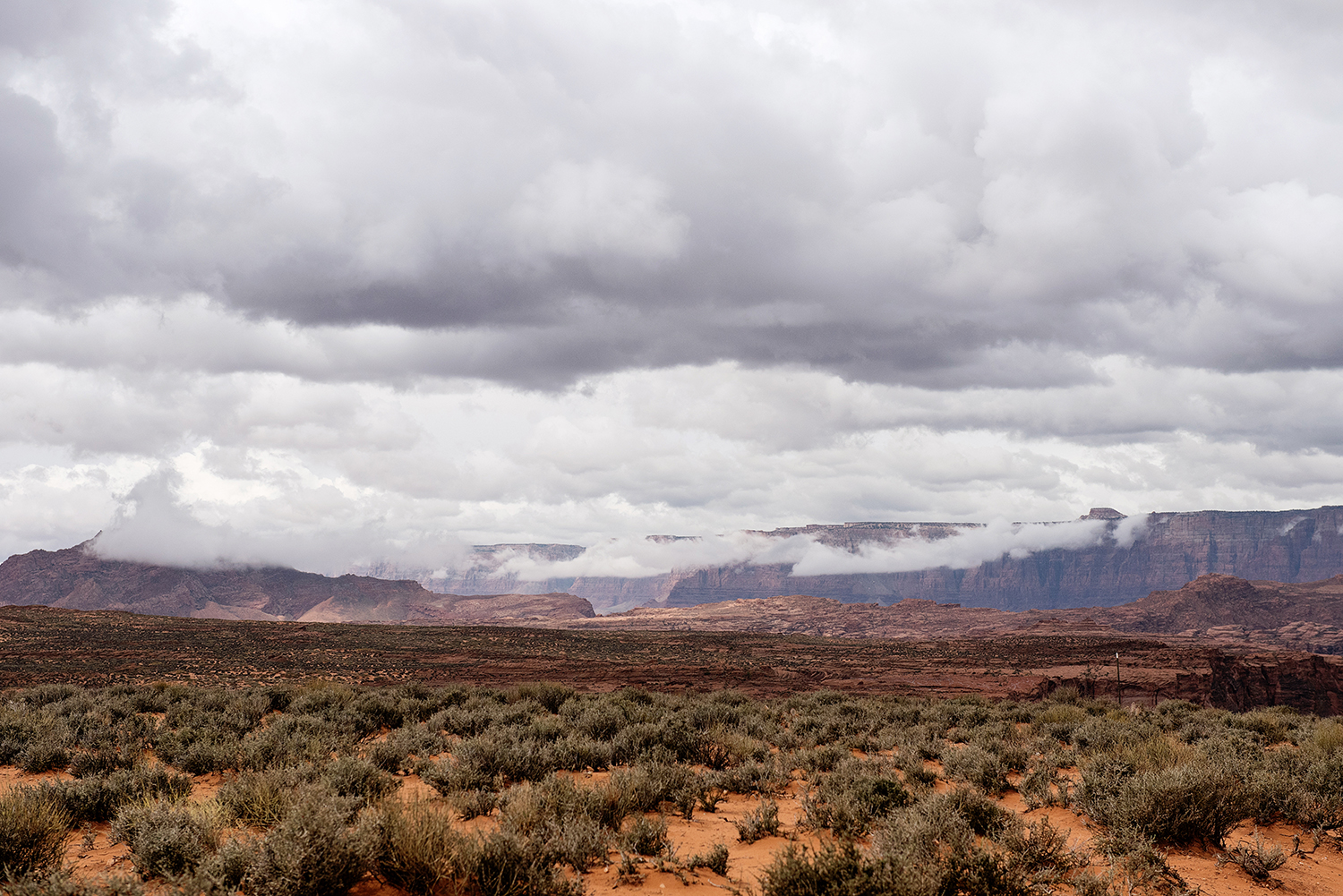 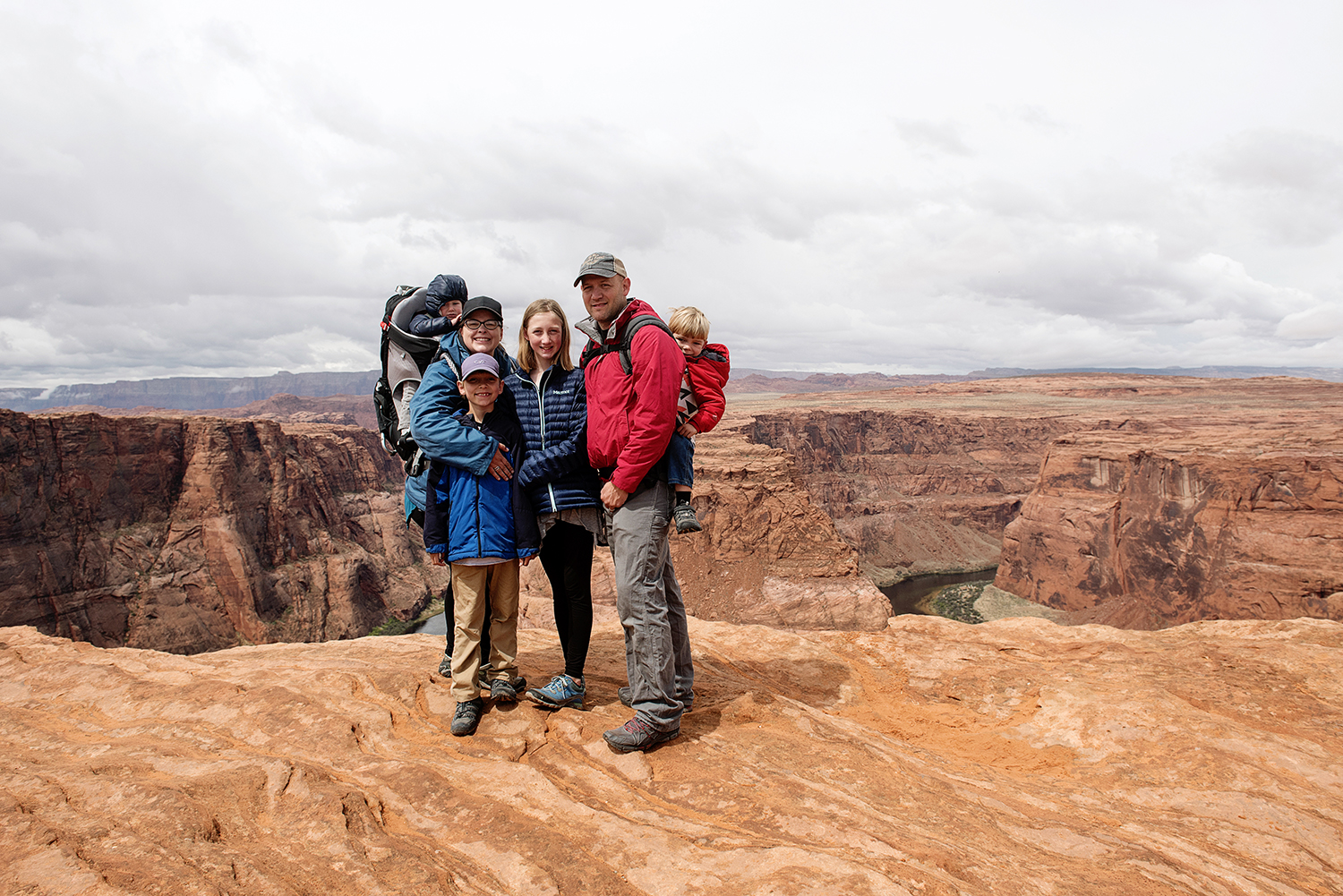 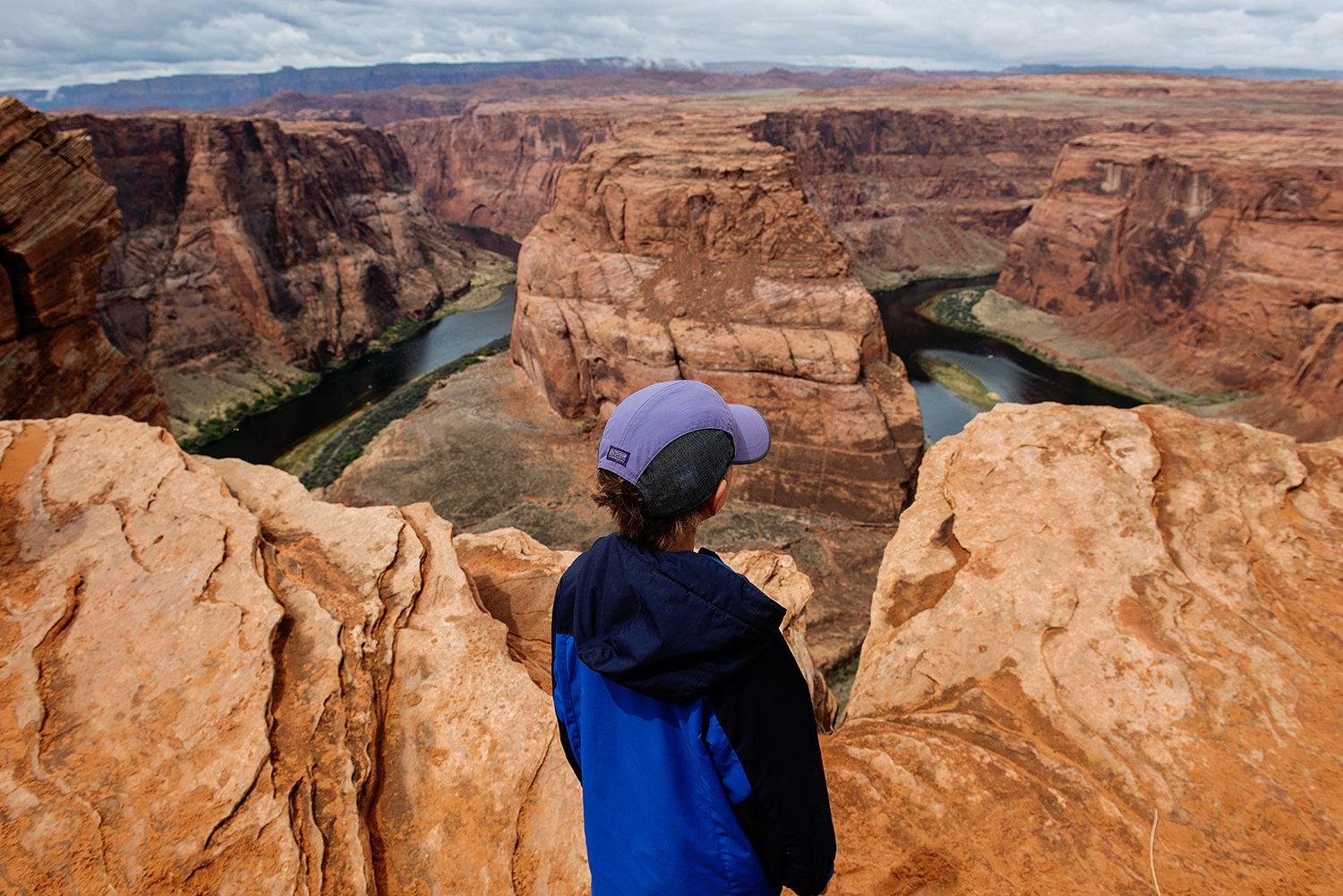 When the world is your playground. 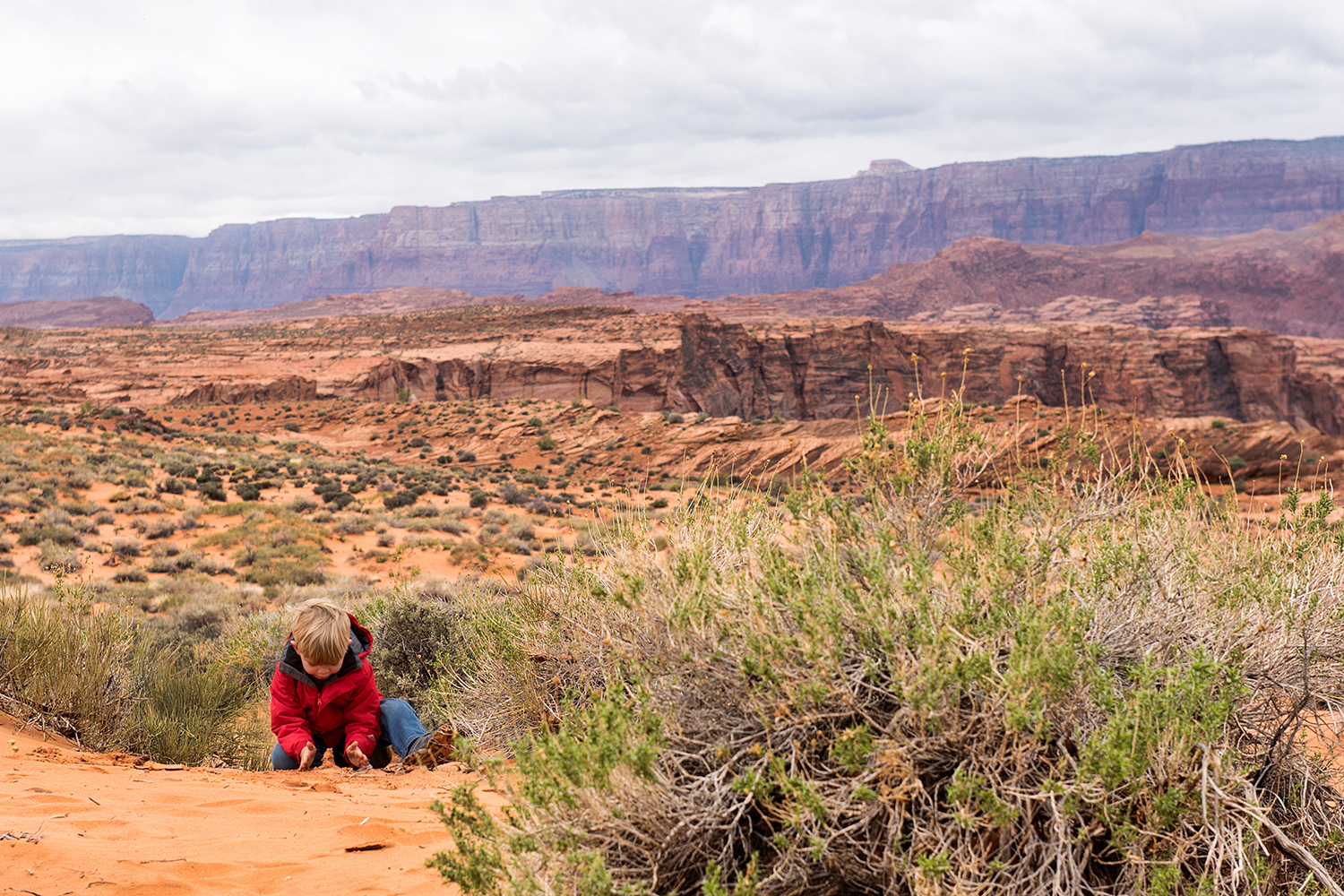 The hike up (and then down lol) to Horseshoe Bend was beautiful. I put a short video up on YouTube about the logistics of this adventure with kids.

Upper Antelope Canyon was a dream today. Get ready for an obscene amount of oversharing. Oh, and let’s pretend Taryn doesn’t look taller than me here ok? 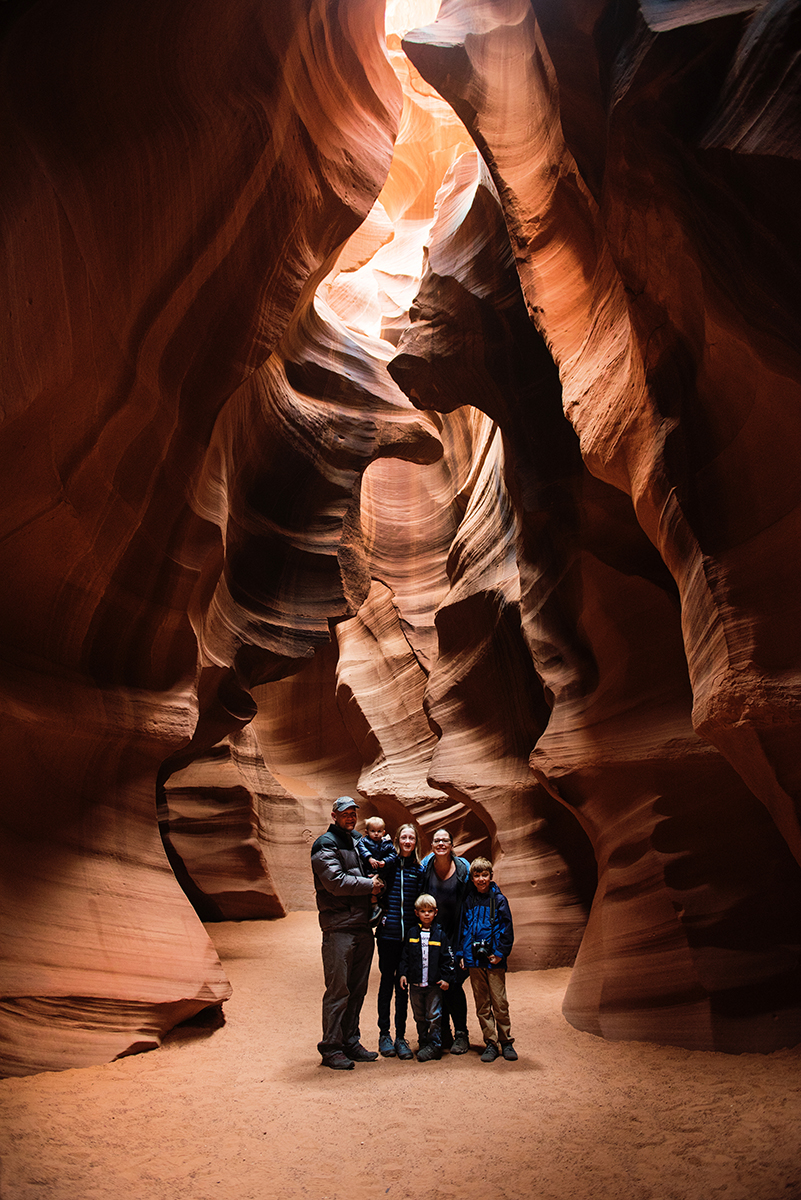 This place, it changes you. I was so overwhelmed midway through I teared up. It’s completely indescribable. And I’ve never felt so inadequate as a photographer. This place has a soul and it feels impossible to tell the story with a lens. 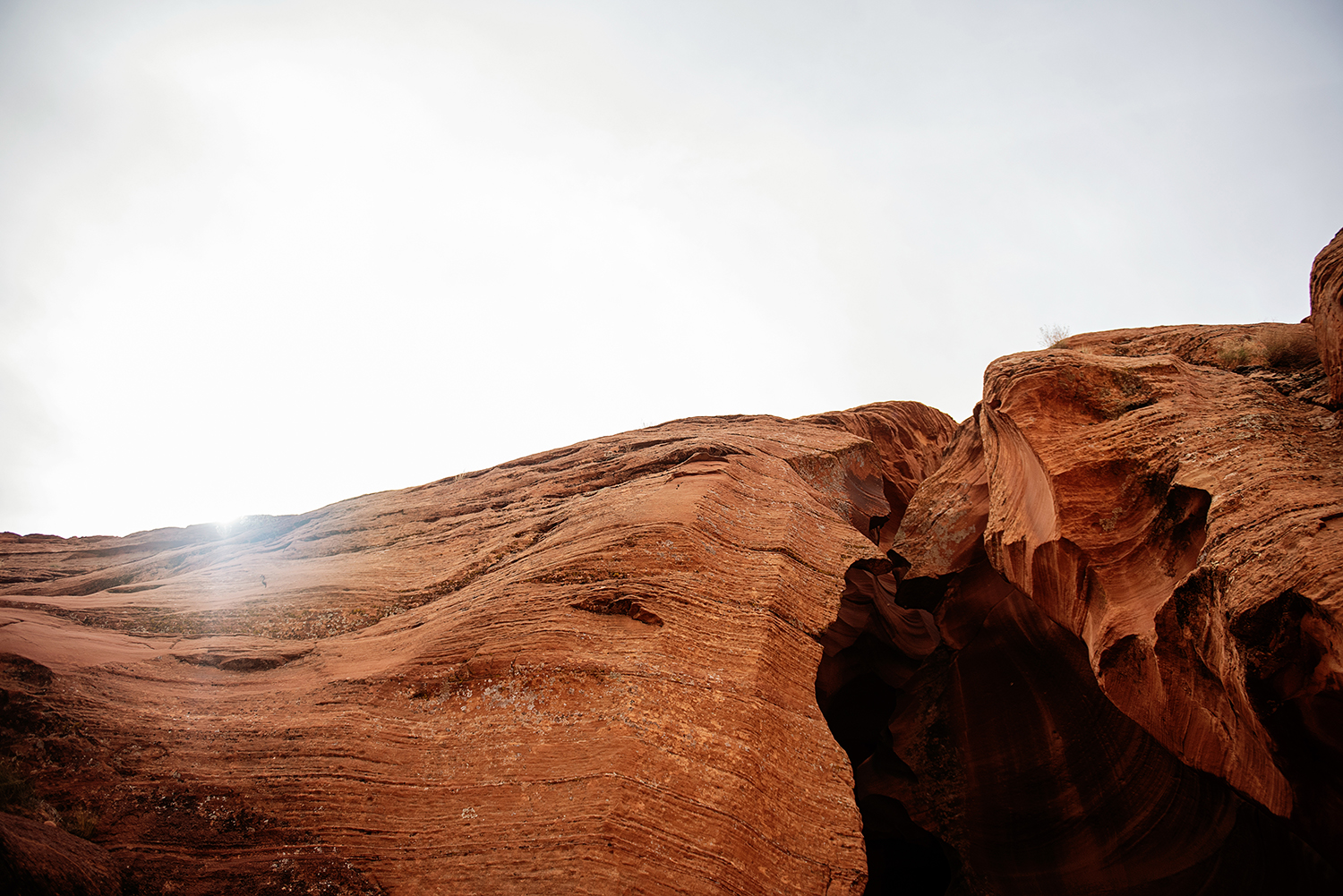 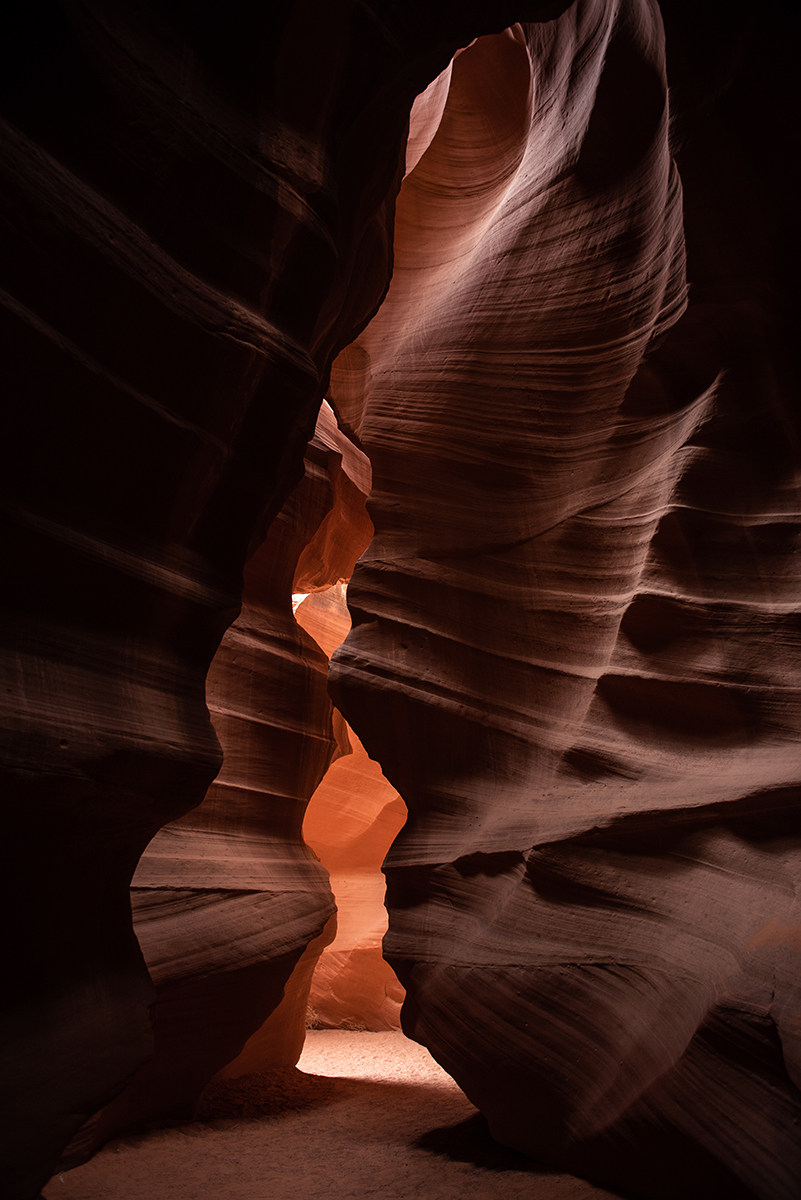 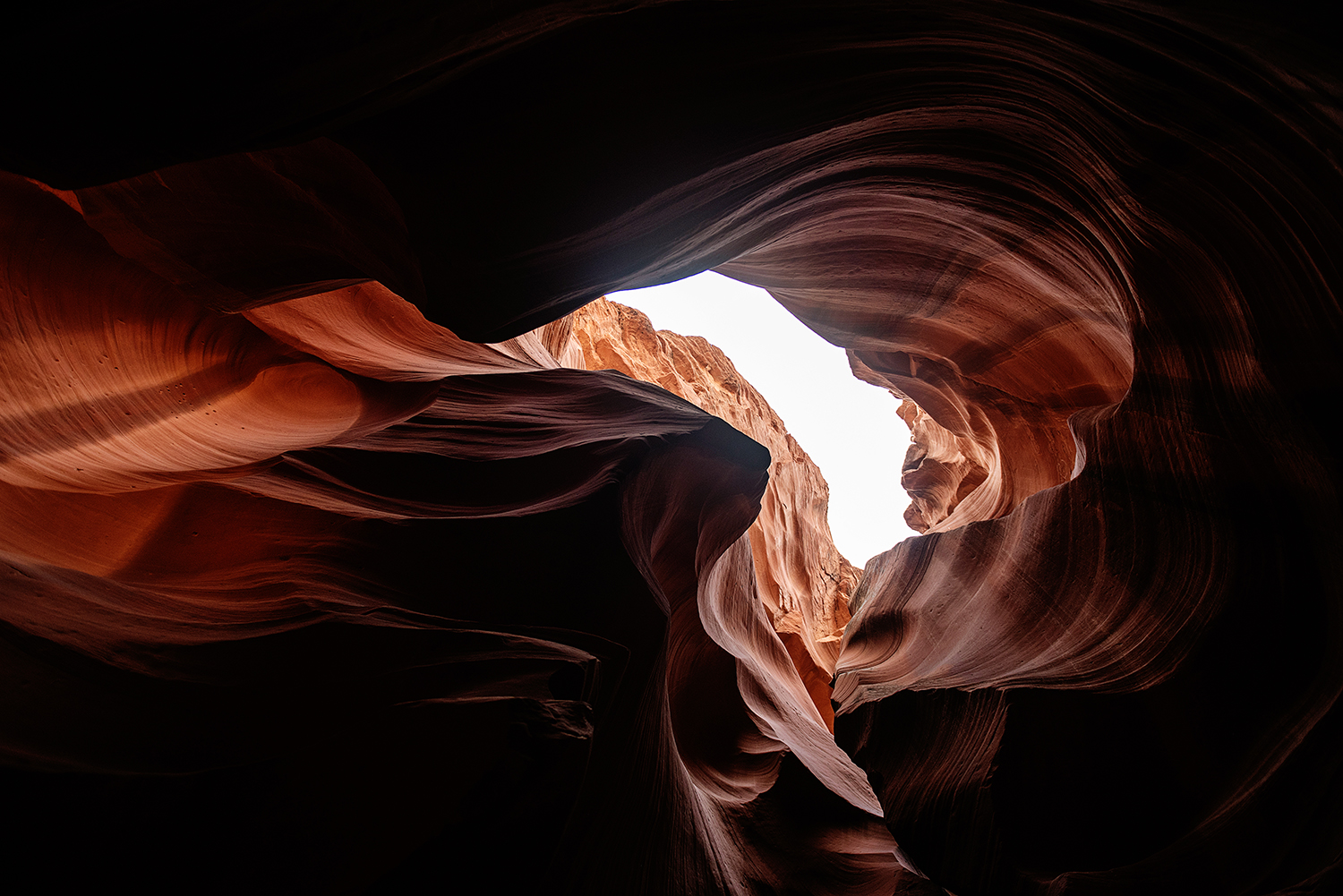 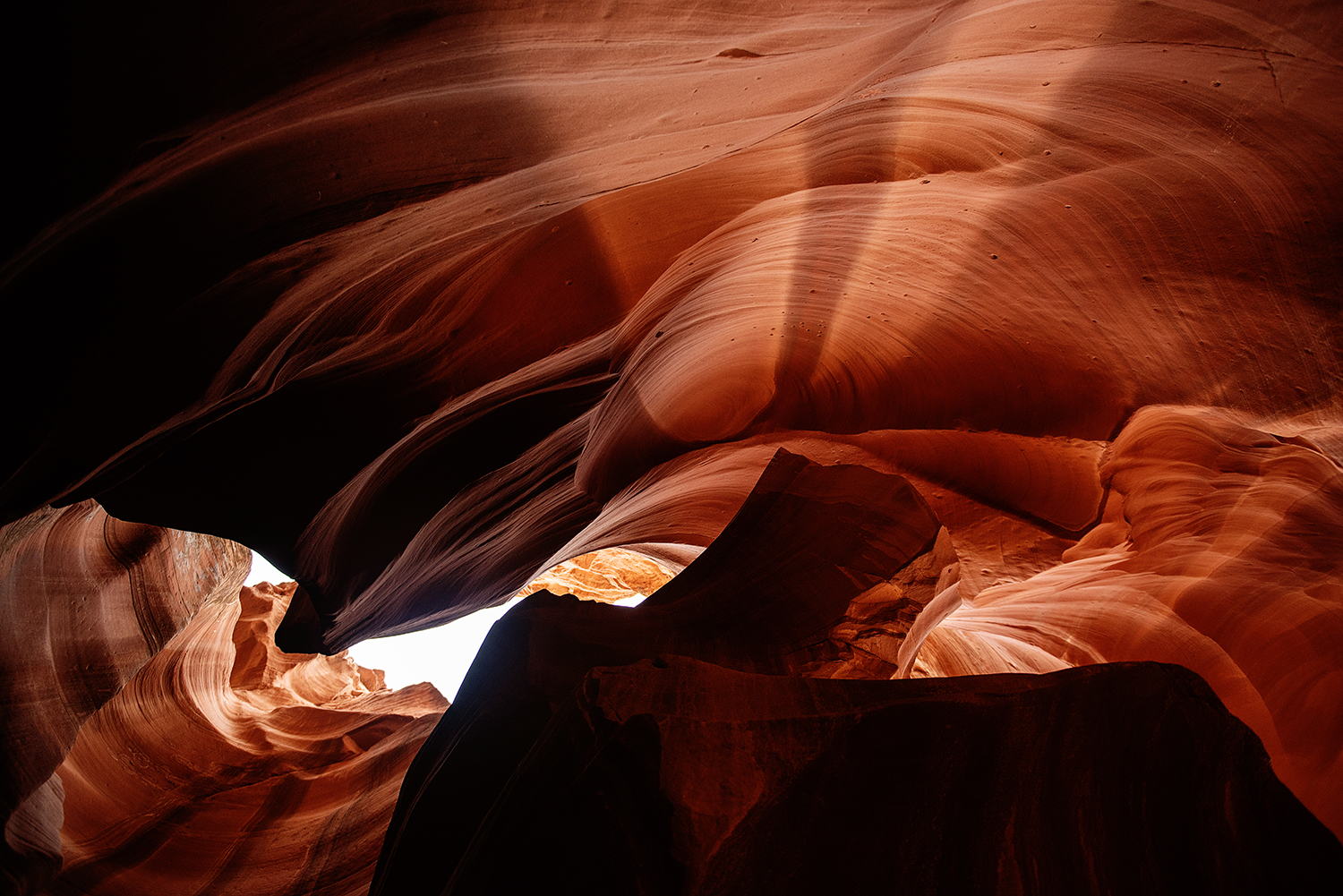 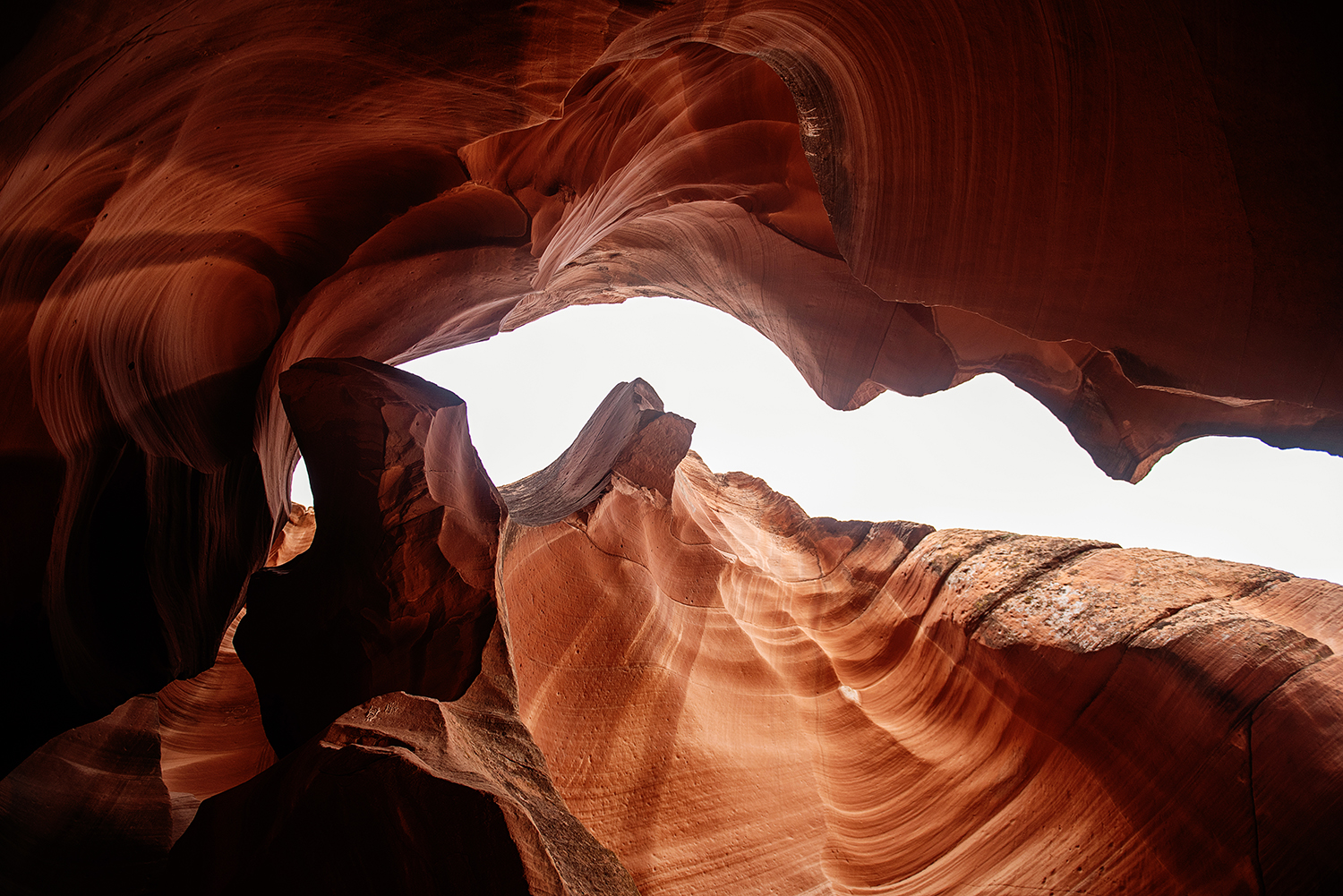 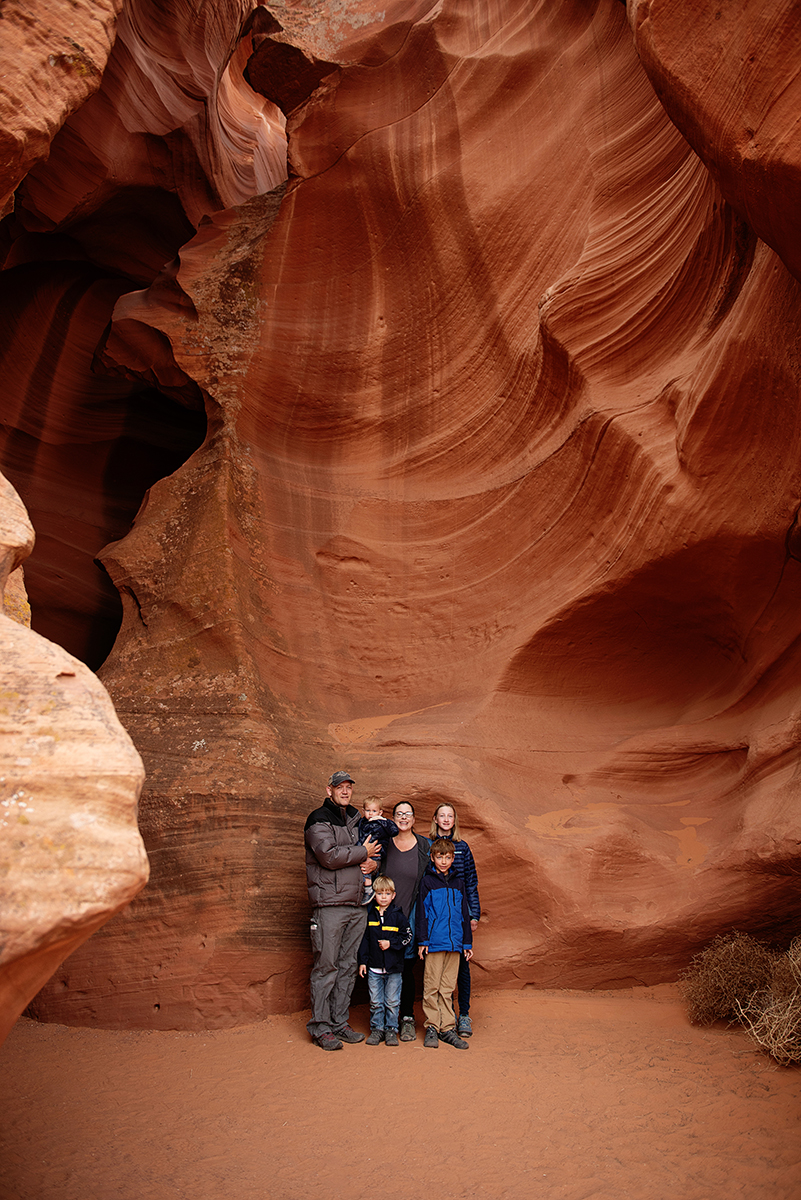 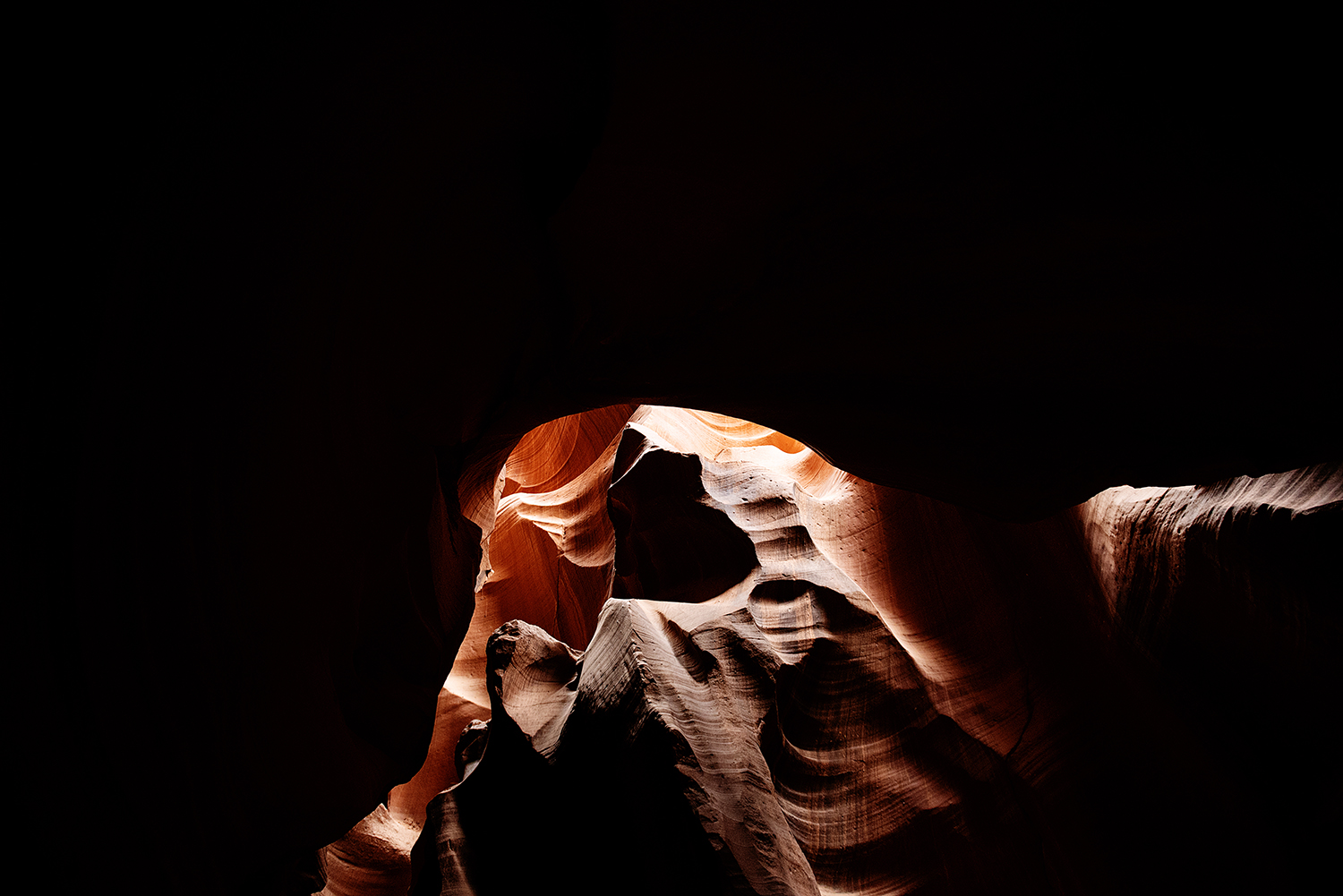 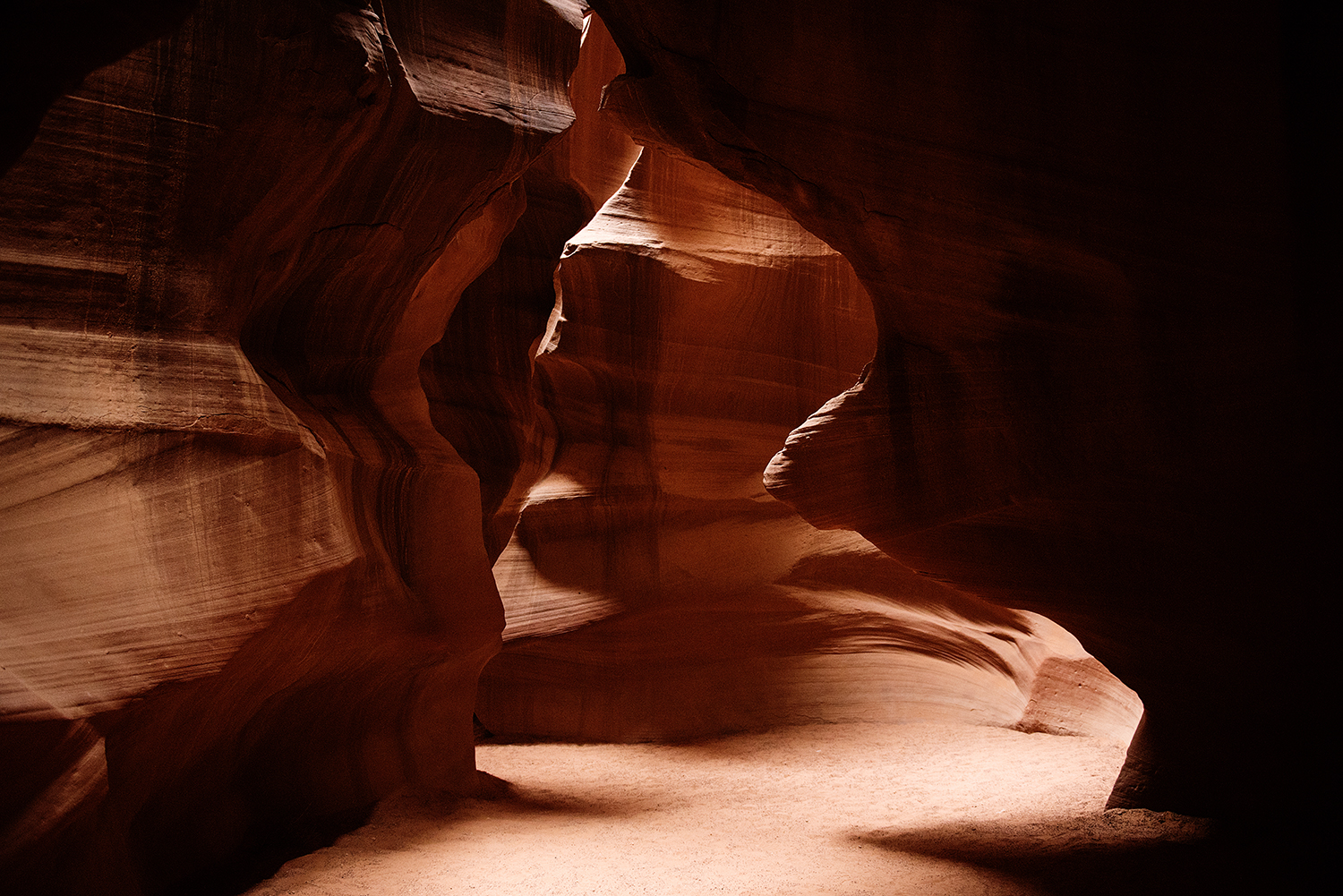 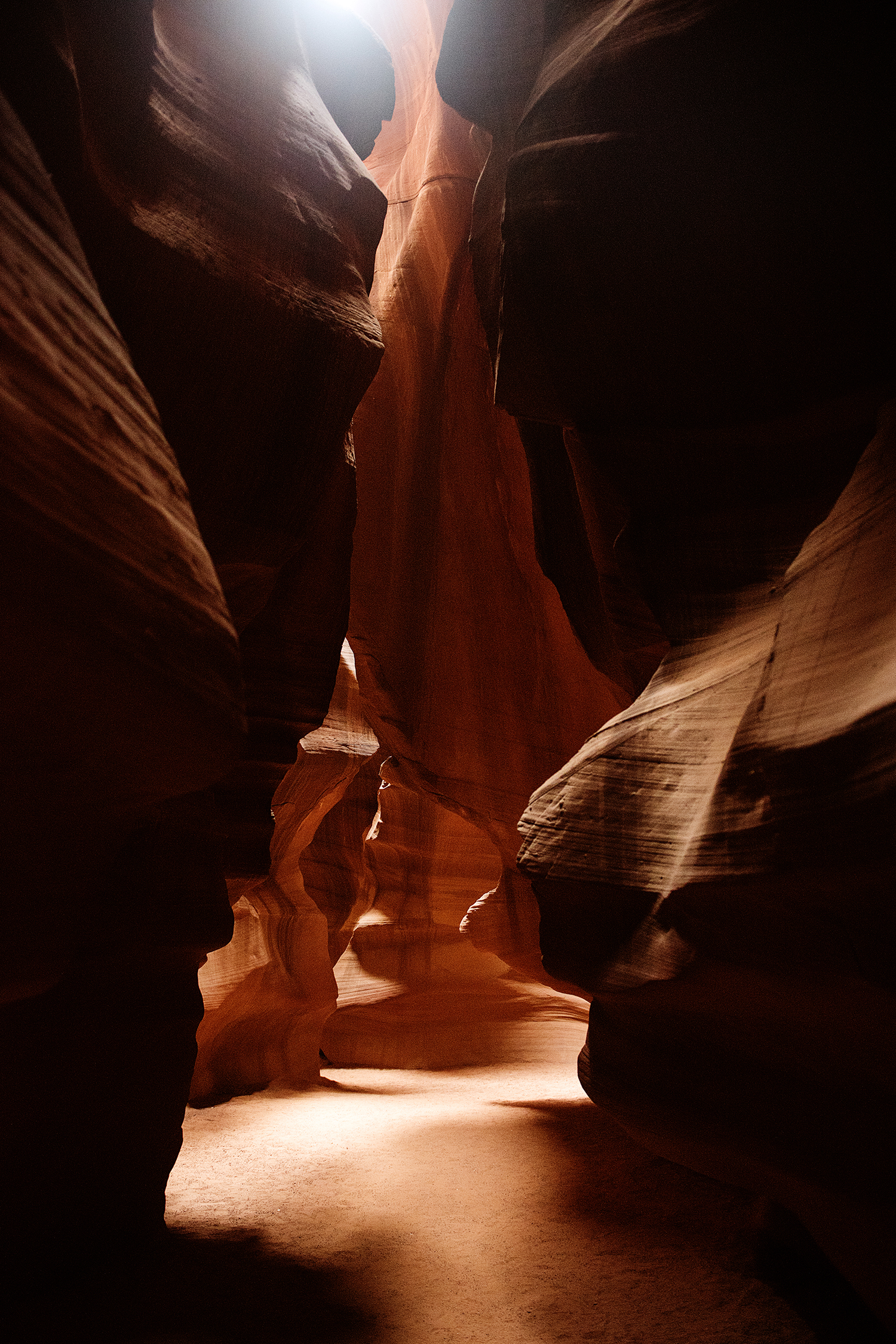 I wasn’t really sure what to expect at the canyon. I thought you walked in, viewed it and walked out. But it’s actually a hike *through*, almost 1/2 a mile to get to the other side where you can exit and explore a bit. Then we returned the same way we came. The Upper canyon is pretty dark right in the middle of that 1/2 mile, it’s almost other worldly! Our guide made a comment about not being able to photograph the middle because it was dark and Jase and I giggled to ourselves. I used to be a birth photographer, shooting in the dark is my jam! 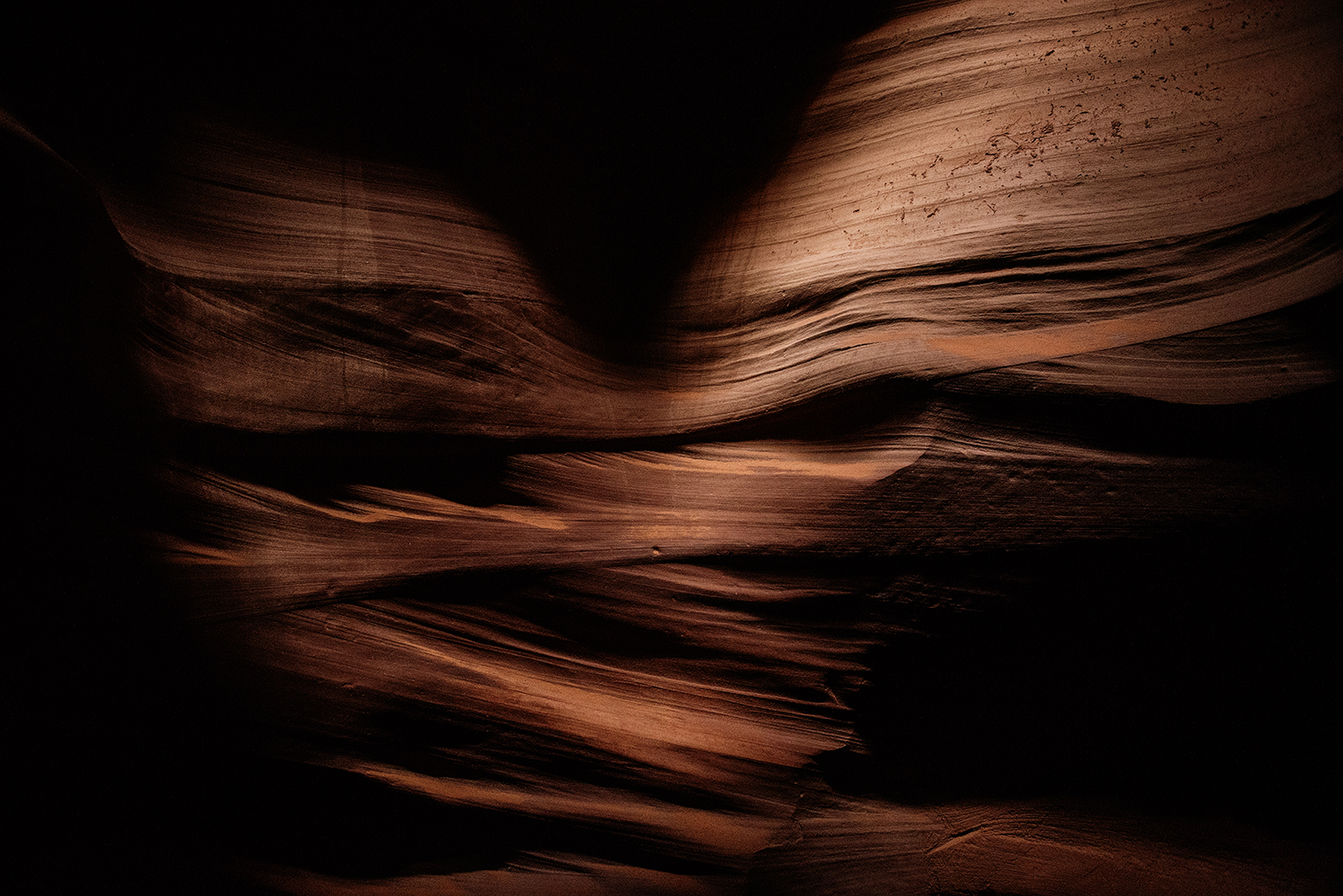 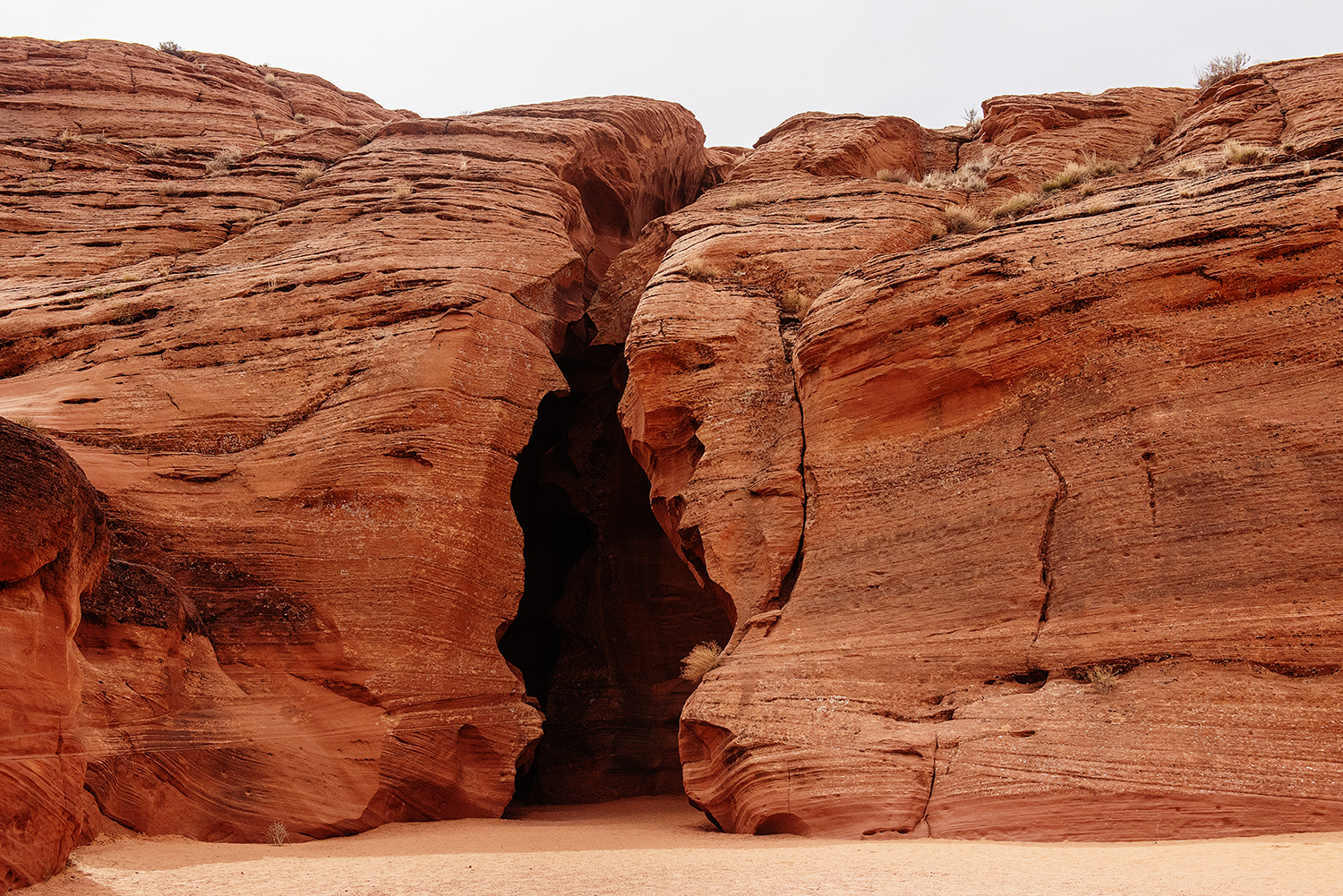 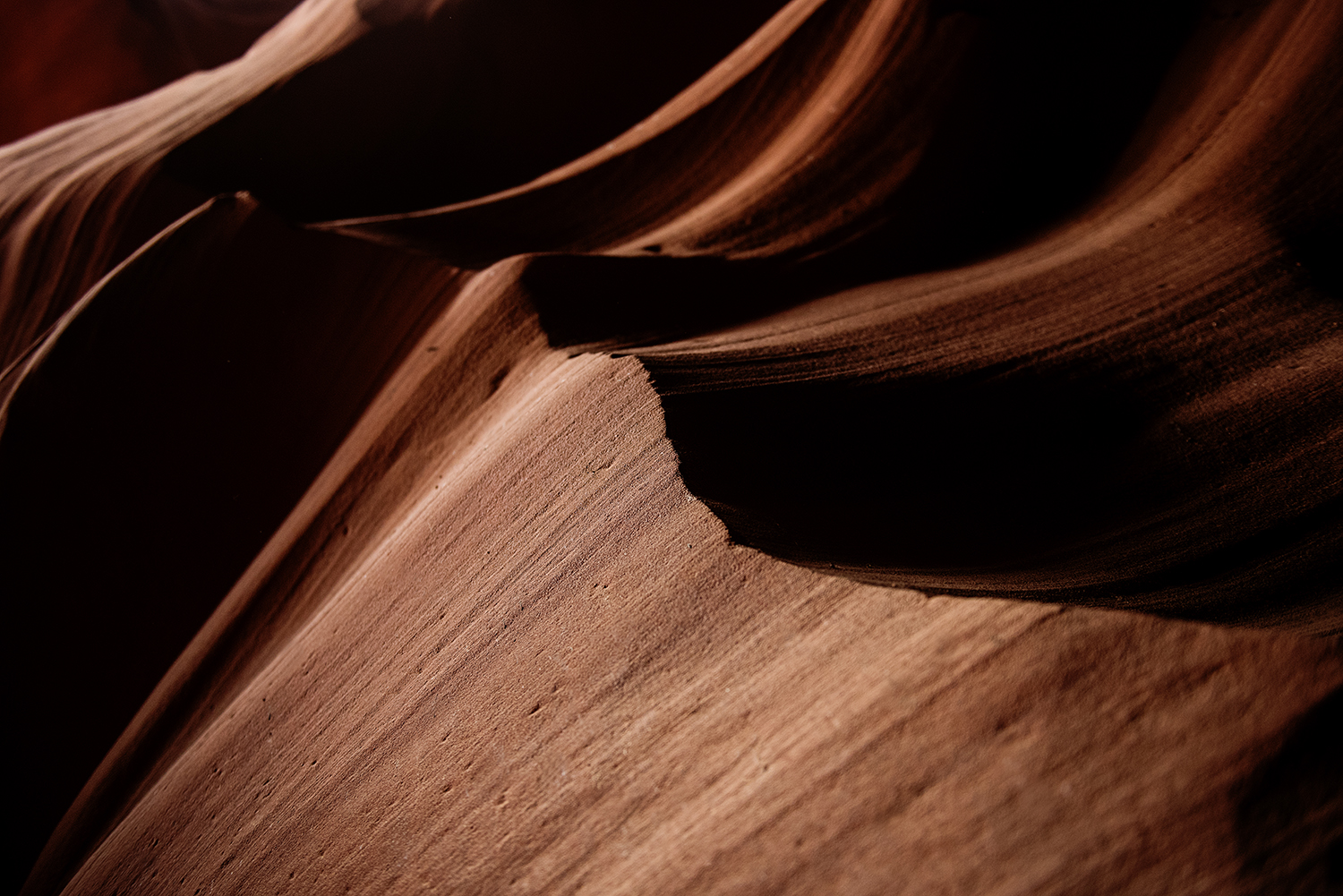 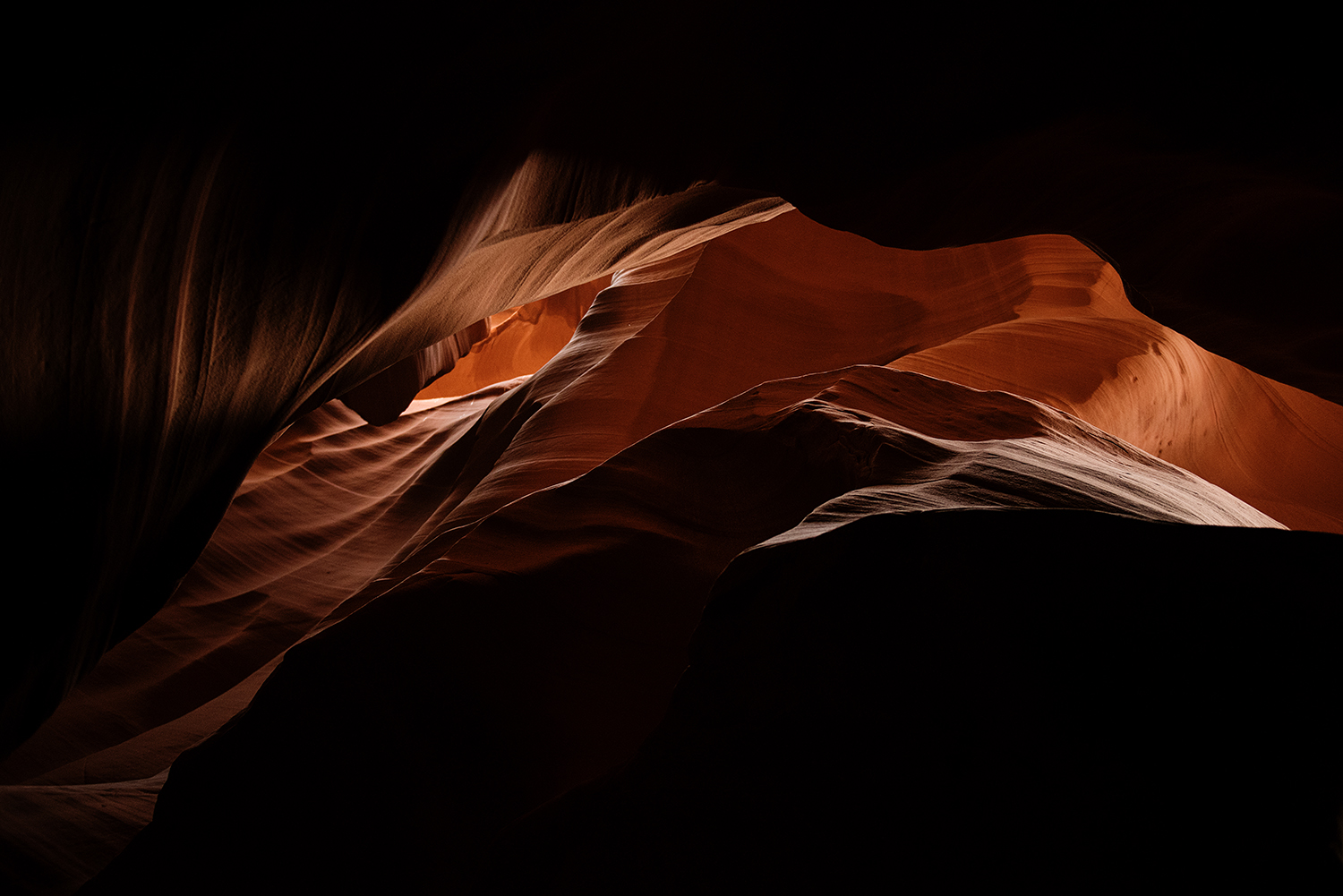 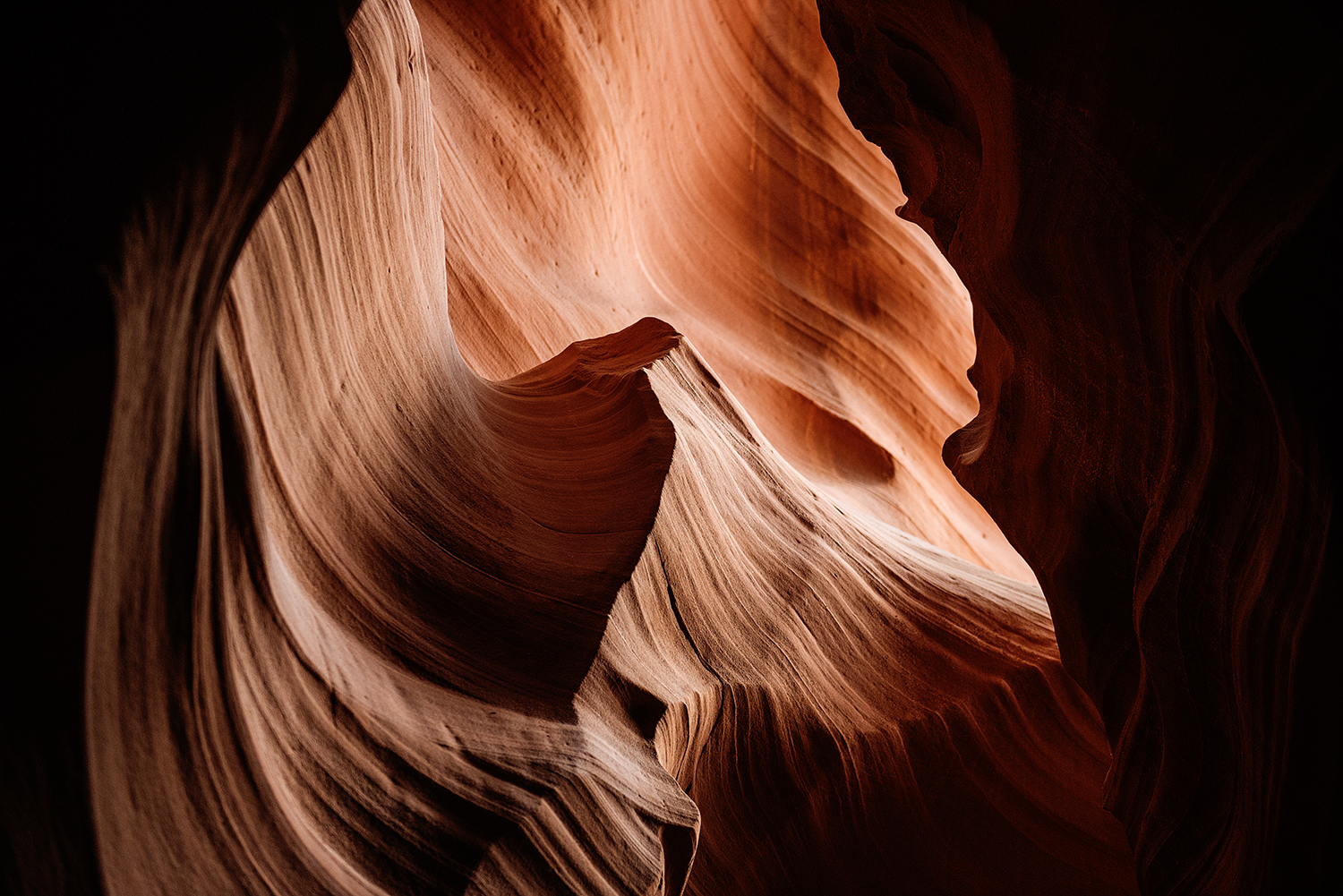 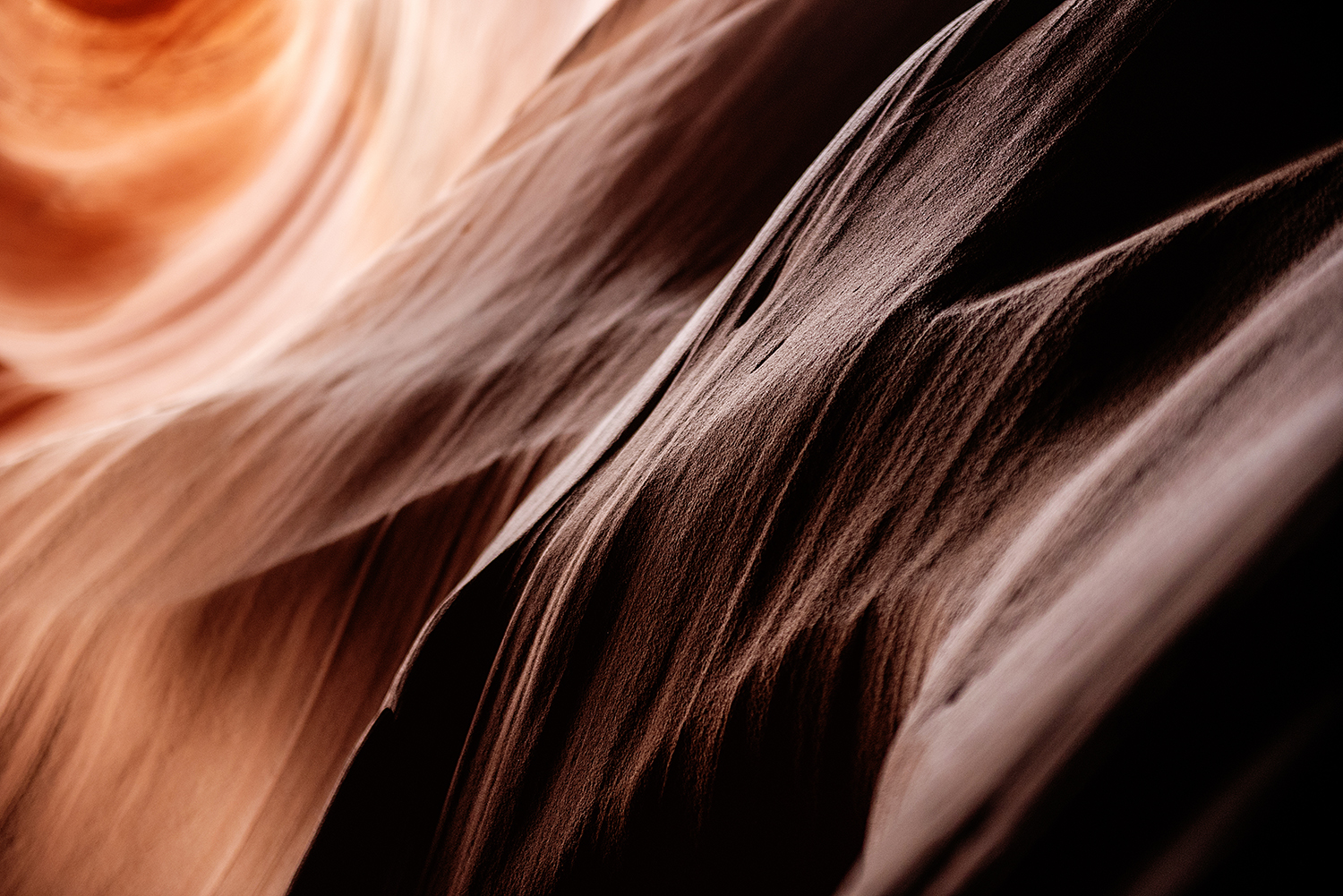 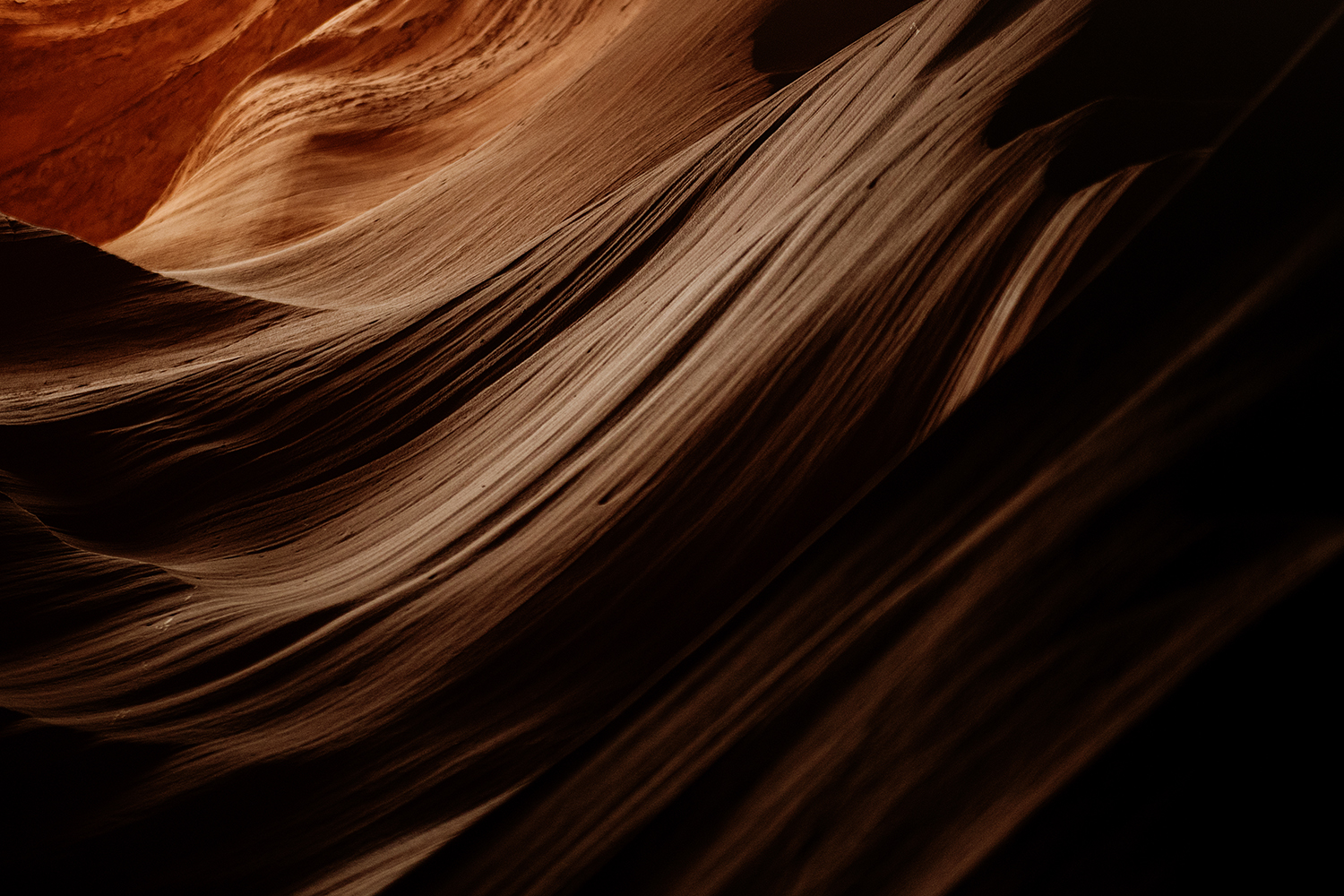 I could have spent all day in the canyon taking texture photographs. We lucked in to getting a guide who usually does the photo specific tours. I really wanted to do one of those tours but they are 2x the money and we couldn’t take the kids on that one. He knew exactly where to direct me though and it was so helpful!

When we purged the house I got rid of a bunch of old camera equipment. But I held on to my 13 year old Nikon D50. It was my first DSLR and the camera I learned on. When we moved in to the RV it got tucked in a cabinet. When we finally got around to digging it out for the kids to learn to use, it kept giving me errors. I finally got it working again last night and Jude was so thrilled to have it just in time for Antelope Canyon! Our guide helped him with his settings before we entered and he did so good. I’ll be posting some of his pics over the next day or so. 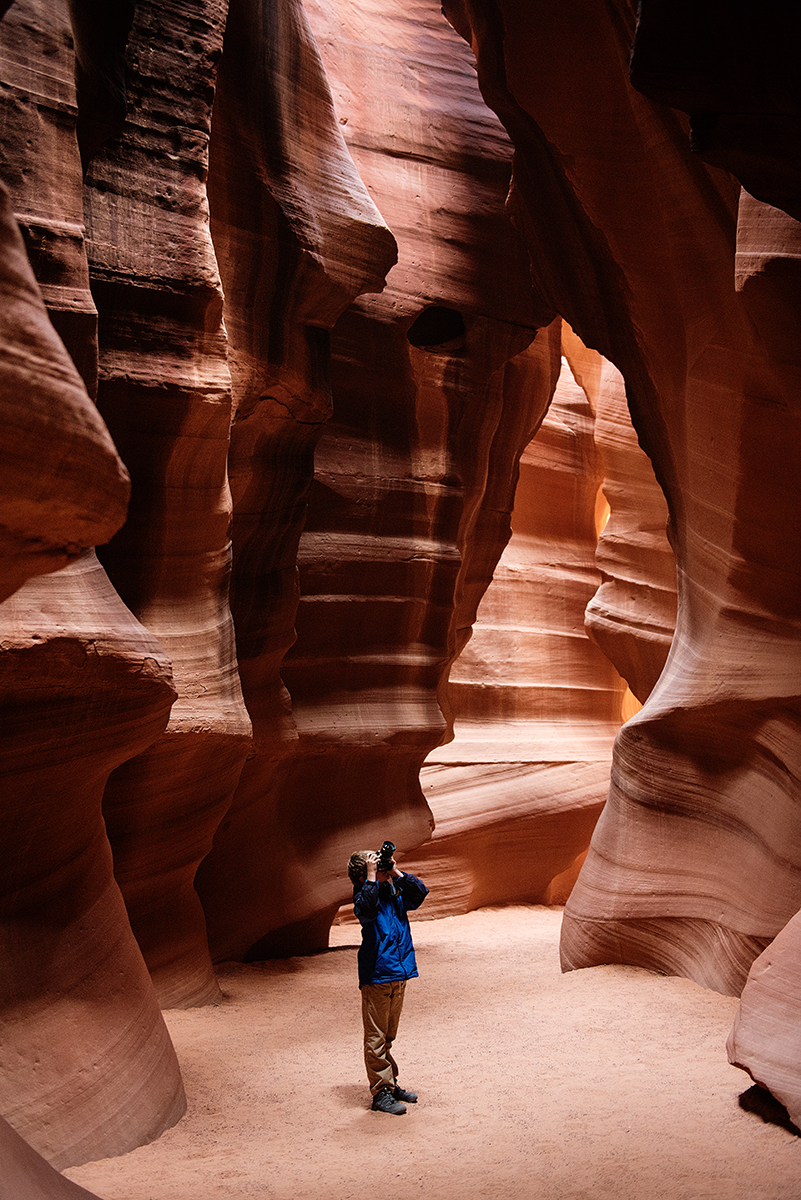 Jude captured this photo of Zachary. It perfectly tells the story of Z’s time in Antelope Canyon. He was alllll about the sand. 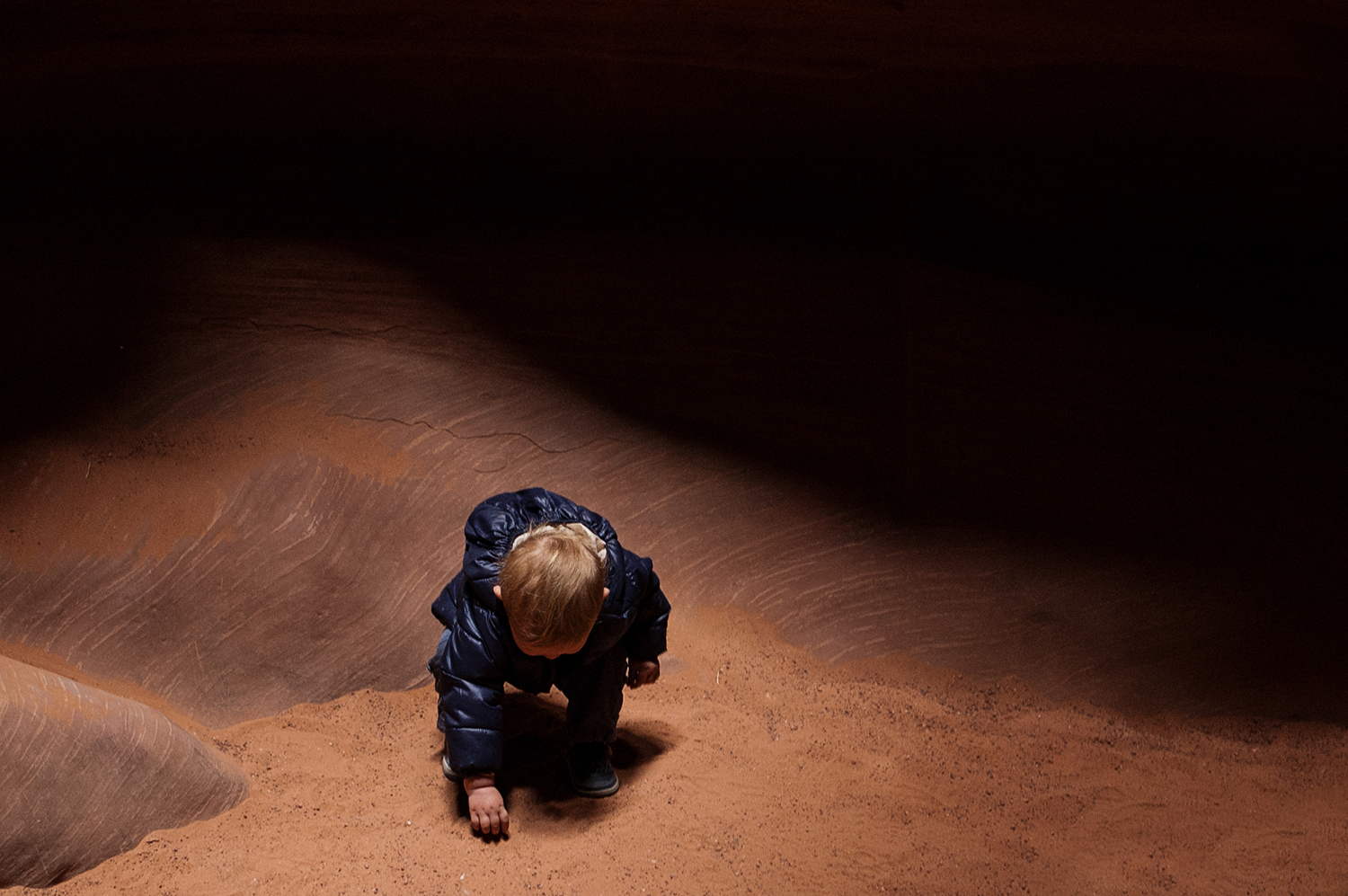 Jonah was the only one not impressed. He was so bored. I was surprised….I thought he’d love it. Like it was a fort or something, but nope, not interested. I think his favorite part was the very bumpy off road ride there lol. 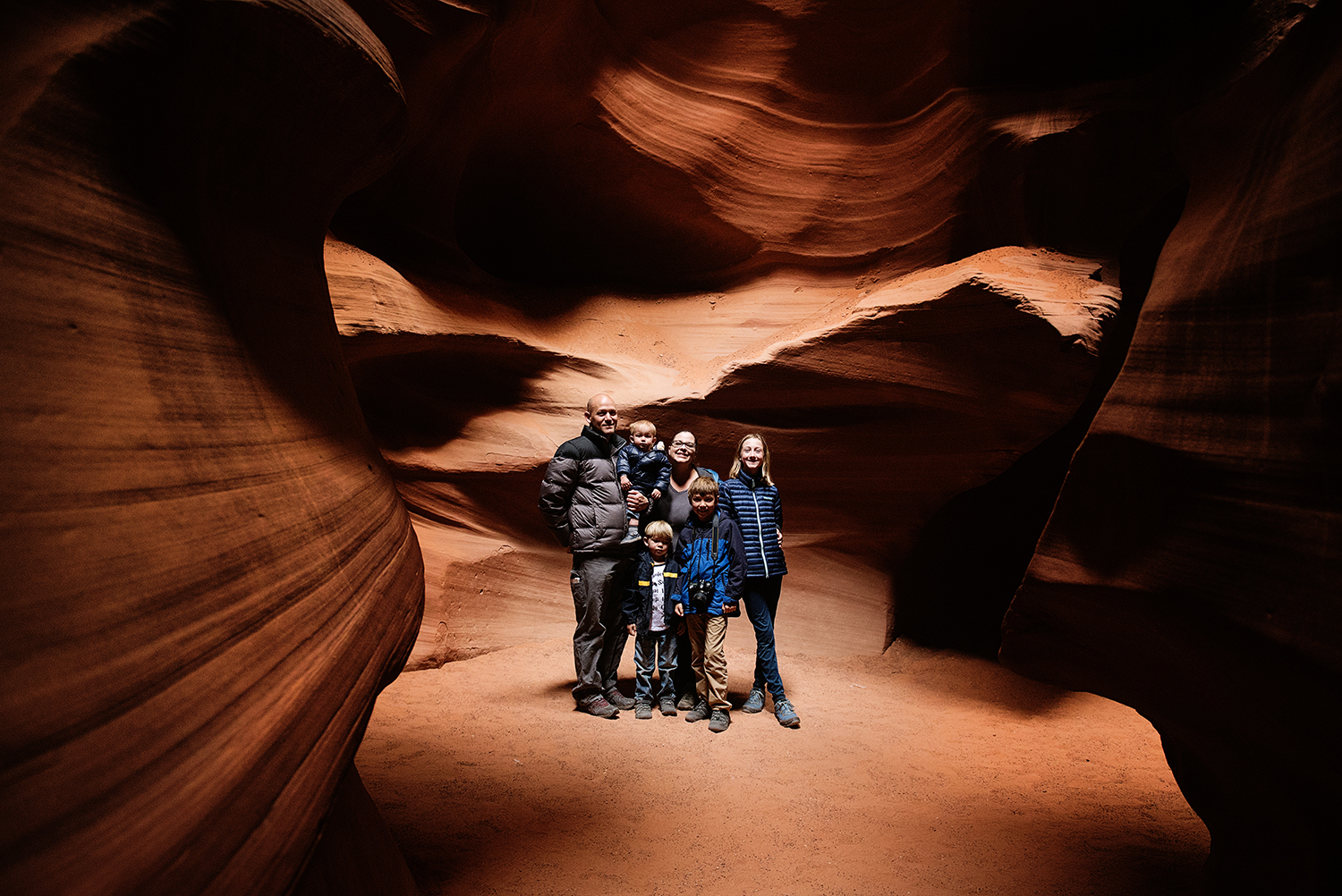 We used Adventurous Antelope Canyon Tours and highly recommend them.  We got lucky and were the last group to enter and we were at the back of the line since it took us awhile to install our carseat in the vehicle going out to the canyon.  This worked in our favor because we could then turn around during the tour and photograph the empty “room” with no one in it.  By the time we left there were multiple tour companies running and it was VERY crowded.  I highly recommend this tour company because they started earlier than the rest and it makes a big difference in how enjoyable the experience is without the big crowds.  So my big tip is:  go early and go in last if you can.

Also  worth noting, we chose upper because we didn’t have to climb ladders in upper.  With my foot injury it just made more sense for us.  Lower is less accessible.  Also, you cannot baby wear in the canyon, we had to carry Z or let him walk.  This is to keep the walls from being scratched.