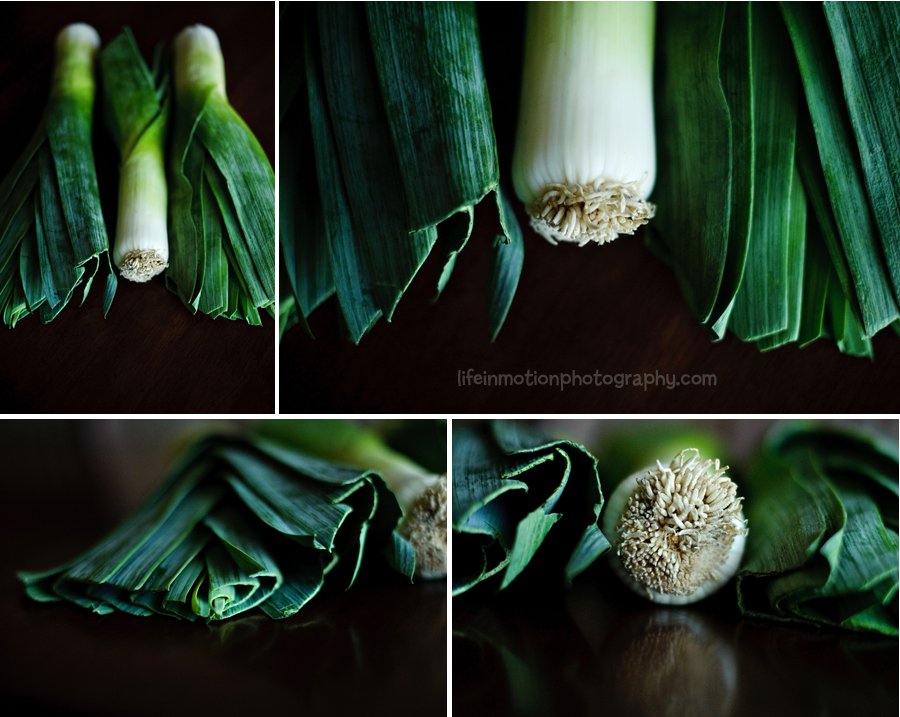 Leek Soup is a favorite around here.  I pretty much always have leeks on hand because I use them to make homemade bone broth.  I like to try out different recipes and this week I tried one by The Gluten Free Goddess and it was pretty good.  I did alter her recipe though.  Instead of water for the stove top version I used a combination of 2 parts homemade beef bone broth and 1 part organic coconut milk.  That gave our soup a big nutritional boost!  I also added in a bunch of Herbamare (my absolute favorite organic seasoning blend).  This soup is really *really* good if you make your own bacon bits out of organic pastured bacon.  Seriously, soooo good.  We paired it with a big salad.  Leeks are a great nutritional source, they are rich in vitamin K, vitamin A, manganese, vitamin C, folate, vitamin B6, iron, fiber, magnesium, molybdenum, copper, calcium and potassium!  When making leek soup you pretty much only need the white portion of the leek so once I trim them down, I save the darker green parts and either freeze them or throw them in the bone broth constantly brewing in my crock pot.

We had half of a small organic watermelon left over this week.  I rarely ever buy them and I wasn’t about to let it go to waste!  The kids and I chopped it up and fed it through our Breville Juicer.  Oh my goodness, just a small amount gave us a ton of juice!  We then added some ice to our fresh watermelon juice and made a slush with our Magic Bullet.  Just watermelon and ice, that’s it.  Oh my, so refreshing on a hot summer day.  And so much better than driving through Sonic like we used to.  Did you know that Sonic refuses to disclose the ingredients in the slushies?!  Not ok!  I think it’s pretty safe to assume that a homemade version is much healthier and better for us.  There are so many wonderful things about watermelon: