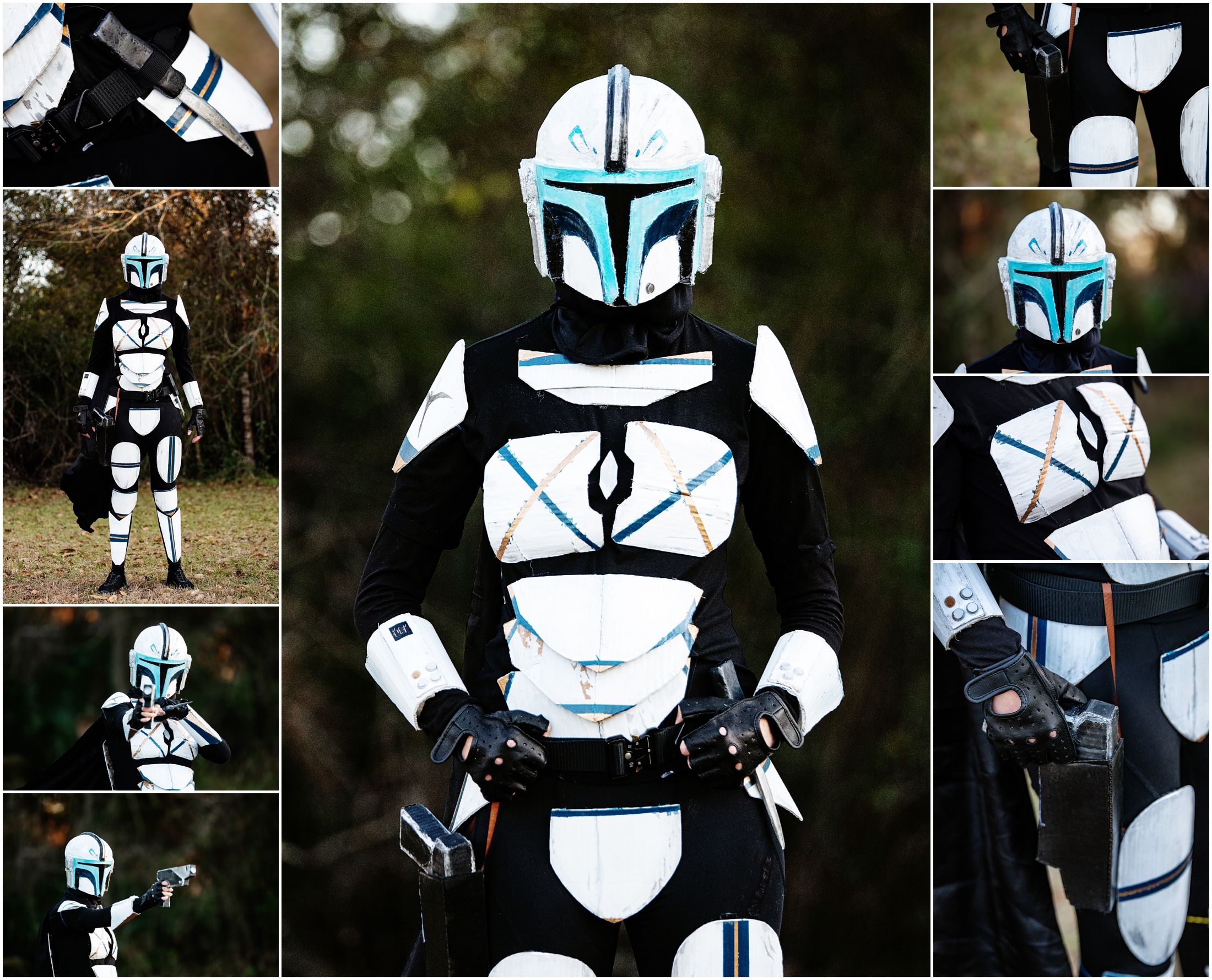 We homeschool on an alternative schedule and have been on break the last few months. Taryn spent a chunk of that time creating this DIY Star Wars Mandalorian costume. The entire thing, even the helmet, is created with cardboard! I’m so impressed with her, the detail is really amazing right down to the intentional dents – it was so much work! She even made the blaster and carved the knife herself. Her costume is based on a character named Vhipir.