So much has changed for us.  Three years ago, we were just home from the hospital with Taryn, enjoying our beautiful little honeymoon baby.  Our security, our lives as we knew it, our home, everything, was changed in an instant though.

Last year, I couldn’t face the anniversary of the storm.  It was too much.  Even two years later, living it every single day.  Rebuilding took forever.  Our normal, was a new normal.  An unfair normal.  One we resented.  I still resent the fact that she stole Taryn’s early days of being a baby from us.  That time we’ll never get back.  She changed our children, our marriage.  We went through so much, Jason and I.  We got married in Hawaii, came home with a honeymoon baby, Ty was adopted by Jason when Taryn was just a few weeks old and then Katrina ripped into town just a few weeks after that.  Yeah, we’ve been through a lot in just a few years of marriage.   I’m so thankful we made it through stronger and more connected than ever.

This year, I feel I can face it.  Maybe it’s the new start in Austin.  Maybe it’s not hearing about it everyday on the radio, on tv, in line at the grocery store, everywhere you go, everything you see, everyone you talk to, is connected in some way to Katrina.  She follows you, no matter how much you don’t want her to, but it’s worse when you are there, in the middle of it.  Maybe it’s having Teagan and relishing every single baby moment with him.  I wish I could have Taryn’s back, but since I can’t, I’m glad I had it again, silly, but it eases the pain just a little.

I can’t think about that time and not remember what it was like to know that my mom and step dad were there riding it out.  They had to, they couldn’t leave.  I am not sure I’ll ever forget what those long 5 days of no contact and not knowing, were like.

This image will give me a creeps as long as I live.  The big red X left on our home reflecting the home was searched and the number of bodies found.  I thank God we left.  I thank God we got out early.  I thank God that number in the bottom of an X is a zero. 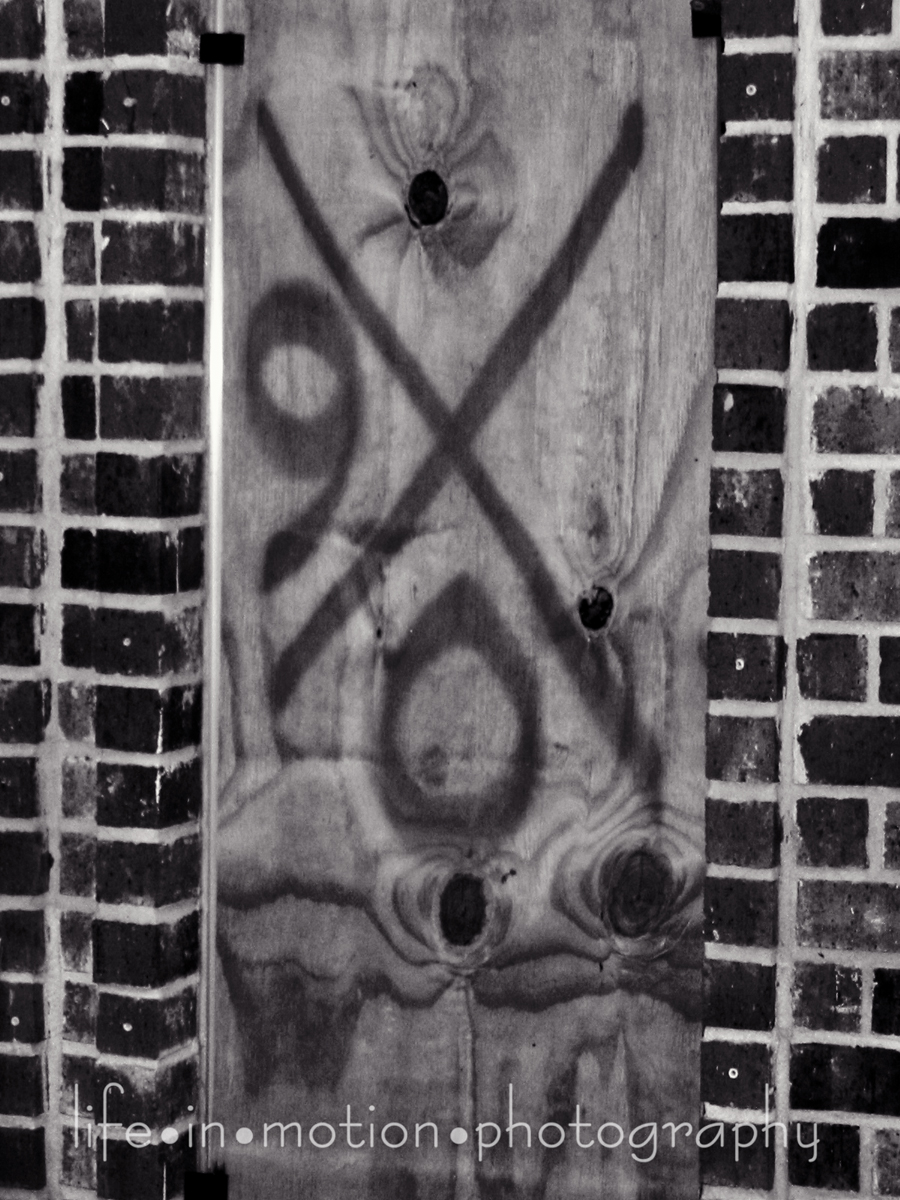 Our street, months after the storm.  Our town was closed, we weren’t allowed in for several months.  Mud leading to our house was over 8 inches thick months later.  The photo on the right was taken after our home was gutted.  We often wished it would have just been wiped out, crazy, but true.  It was a nightmare.

I wish I would have had photography then the way I do now.  I wish I could have documented our experience, everything we saw, everything we went through.  If there is a silver lining, it’s that loosing so many of my printed memories gave me a drive to capture new memories.  Eventually, a new camera and the need to do everything I could to capture our lives.  I knew I couldn’t replace it all, but I could make sure I didn’t loose photographs again.  Without Katrina, I would have the love of photography that I do.  I wouldn’t have had the drive, or the passion for it that I do.  I hate her for what she did to us, but it’s taken some time for us to see that there is good to come out of it.  So many people jumped in to help us, with donations, with necessities, with prayers and warm wishes.  We are healthy, happy and have a new start.  We’re pretty thankful for that.

And to Gustav, stay away from my family.  And my friends.  You’re not wanted.  Leave them alone.  Everyone has been through enough.  To follow Katrina’s footsteps is just way to unfair.