My kids have PCS (photographer child syndrome).  Bad.  It’s much harder to get shots of them because they know my tricks.  They know the game and many days, they just don’t want to play.  I have to be on my toes a lot, and I know many photographers and moms know the feeling.  But guess what?  PCS, it’s not just for photographers kids, its for their friends too.  Tis true.  Exhibit A:  Lily, Taryn’s BFF.  I first photographed her at 18 months old and since then, well, she’s kind of gotten over me and my camera shanigans.  My old die hard tricks don’t even crack the surface.  And with their family session coming up soon, I wracked my brain thinking of ways to capture her.  This was to be a fun, big family session for our dear friends as Jack is at that prime time fave age of 6 months, chubby, happy, (fairly) immobile.  6 month olds rock because they are in that last phase before they can get away from me and separate anxiety hasn’t quite hit yet.  I knew I could get Jack, he likes me and loves the camera.  But Lil would give me a run for my money.  So….thought process….what does Lil love?  What makes her laugh?  Easy, Taryn.  No, not bringing Taryn, that would be bad and distracting.  What’s the next best thing?

You’ve heard of Flat Stanley right?  Yup, same concept.  So I taped a photo of Taryn’s head to a big popsicle stick.   Huge hit.  Lily loved Flat Taryn, carried her all around.  I would hold my camera and shoot with one hand and hold Flat Taryn in the other.  I’d hold it so that she was inbetween my face and the camera and then pop her up to peek at Lily, opening up my view through the viewfinder and she’d look and laugh.  Sometimes Taryn would “talk” to her or make funny noises.  Worked like a charm since when Taryn was raised, I could see through the viewfinder and she was just above the line of my lens and it looks like Lily was looking and smiling right at me….see: 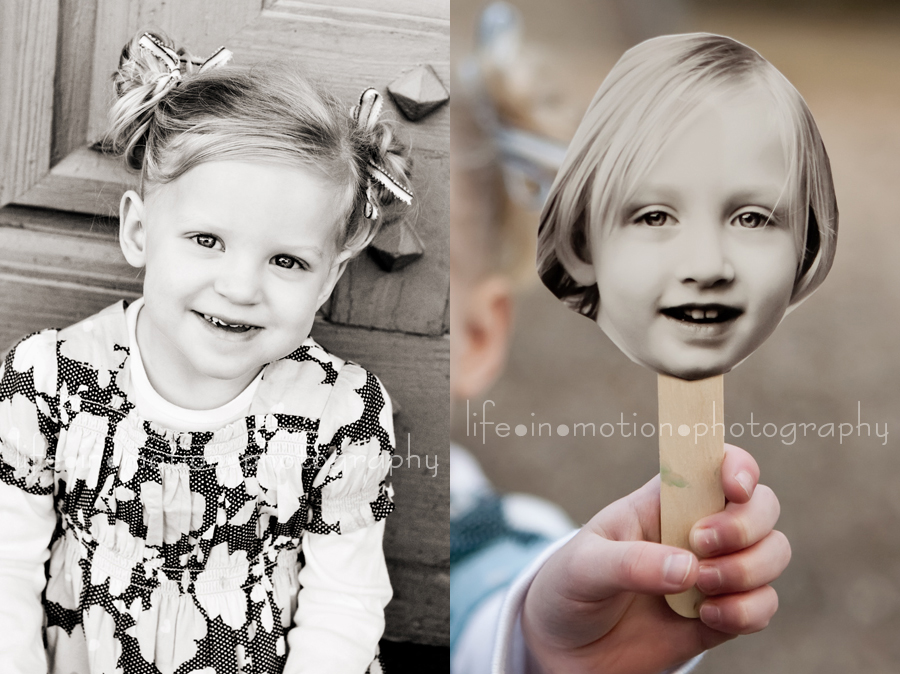 Bwahahaha….got her!  And photogs, if you ask what your clients are “into” right now, favorite character, etc., you could easily put elmo, diego, a princess or buzz on a stick!  Cheap and easy trick to have in your back pocket!!

Now, a certain chubby, fun loving little 6 month old, he was a bit weirded out by Flat Taryn.  He liked my quacking like a duck noises a lot better…. 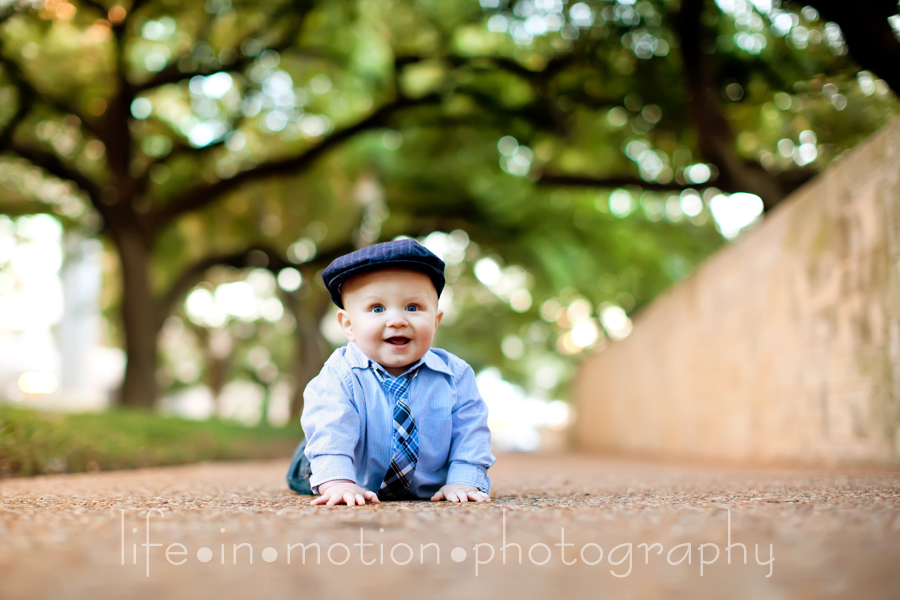 I don’t blame him, I am a pretty good duck if I do say so myself 🙂