Yesterday we got up early for Taryn’s surgery.  We had to leave the house at 9:30 am and since she wasn’t allowed to eat or drink anything, I took her out for a walk while Teagan and Jase ate.  Ty had already eaten before she got up, so he went a long.  It was a bit cold (oh my word, can you even believe it Texas?!) and drizzling, but we managed to fight off the rain long enough for the little dude to eat.  Down to the end of the block and back a few times.  She and Ty raced, and like always, he let her win. 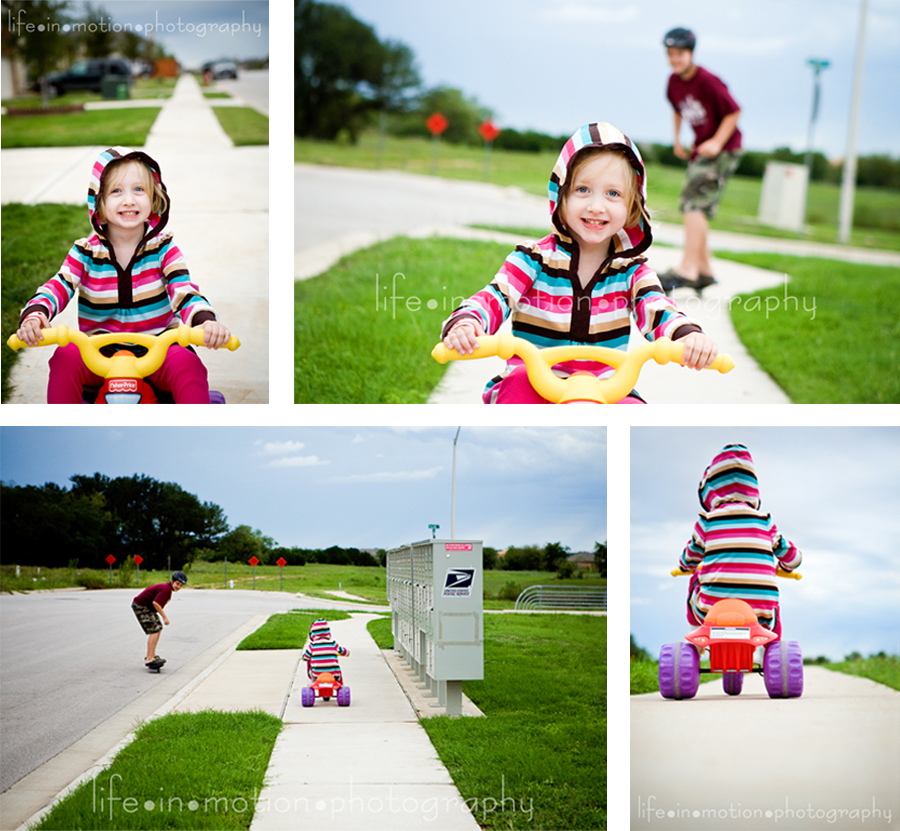 Her surgery went well.  It was a long day.  We had made the decision to give her some medication before it was time to leave us and head to the OR.  After her broken arm and anxiety about the whole thing, her doctor agreed it was a good idea.  They called it goofy juice.  It didn’t make her goofy though, just very disoriented, wide-eyed and fearful looking.  They let Ty wheel her back but I don’t even think she was aware.  It was very hard for both Jase and I to leave her.  The surgery lasted around an hour and 15 minutes.  In the end, we know we made the right decision.  Both her tonsils and adenoids were very deeply embedded with a lot of old scar tissue and large amounts of infection.  These issues have been going on with her much longer than we ever realized and before the swelling from the inside of her mouth was visible.  She started having the sleep issues and mouth breathing around Teagan’s age, so more than 2 years ago 🙁  It just took us time and putting the puzzle pieces together to figure it all out.  Because they had to remove a larger area from her throat and behind her nose, she has larger base wounds at both sites and we will have to be very aware of bleeding between days 6 and 10 as she begins to heal.

When she was put into recovery, by the time I got in to her, I could hear her crying out for me at the door.  They had me stop and wash my hands and that was one of the longest moments of my life.  I just wanted to get to her.  She was scared, shaking, disoriented and crying out in pain.  Her nose was bleeding from the adenoid removal and she was having a lot of trouble speaking.  They gave her some additional morphine and she was then able to take a deep breath and communicate.  She asked for her daddy and by the time he got in there (they only allow one parent at a time) she was out from the meds.  They watched her for a bit and then moved her to her room.  It wasn’t long after that that we realized there was something going on with her tongue.  It was bleeding on both sides and was extremely swollen and she had a hard time maneuvering it around.  We think she either bit it during surgery or there was something out of place when she was intubated.  Thankfully the steroids are helping with that and we’ve seen an improvement already.  You can definitely tell when the pain meds start to fade because she can’t talk as well with her tongue the way it is, she also starts talking out of her head a bit and lethargic and jittery all at the same time.  She’s been calm for the most part and getting little spurts of rest, but not a ton.  I’ve been surprised, I thought she might sleep a bit more.  Jase stayed up here with the boys until around 5 yesterday when Taryn just couldn’t get any rest so it was time for Teagan them to head home.  He actually did amazingly well staying with us for the day, he was a really good boy until the last little bit, and who can blame him, there is a lot of stuff for a 19 mo old to mess with in a hospital room!  He and Ty were very worried about T and both gave her kisses and loves when they left.  It was funny because several times in the last day Taryn has said “it’s so quiet here”…..ha!  Compared to home, it is!  I was surprised but she ate a (mickey mouse shaped) pancake cut up into tiny little pieces and some jello for dinner, more than she eats at home!  She likes to take her medicine all by herself and tells the nurses so.  She also likes to tell them how to take her temp, a girl who knows what she wants!  She’s still pretty wobbly on her feet and I’ve been carrying her back and forth to the bathroom.  I think one of the hardest parts is that she doesn’t really have use of either hand.  Because she has a cast on one arm, everything else, including the IV is on the other arm.  They ended up moving all her bracelets to her ankles because she was just out of room on her one available arm.  She woke up this morning talking about googlie-eyed monsters and just crazy off the wall stuff, so she’s still pretty out of it.  She’s been pretty lethargic and strange acting all morning, they have been in to do a few assessments on her as a result and think it’s just the meds at this point.  She has a tendency to “hide pain” our of fear of getting shots, so we have to really dig and get creative to find out what she is feeling.  I actually think she was doing a bit better yesterday, but I just ordered her some breakfast and am hopeful something in her belly will help her perk up a bit.  We are hopeful that since a lot of the fluid in her throat has cleared up, and since she has had several good sleep stretches with the apnea, that they will let us go home today.

Overall, I know we made the right decision.  I’m glad we pushed through and put it all together for her.  I think it’s going to make a huge difference in how she feels, how she sleeps and how she eats.  Our doctors have prepared us to see a big change in her patience and demeanor.  Totally makes sense to me, everyone is happier when they feel well, are well rested and are able to eat and nourish themselves.

And we are so thankful for Dell Children’s Hospital.  It’s one of those places you hope and pray that you’ll never need, but when you do, you are so, so thankful they’re here.  And how lucky are we that they are right here in our backyard?!  They make something horrible and hard into something manageable and easier.  They cater to her and help us care for our girl.  I don’t know that I could work with sick children every day, and boy do I have a whole new kind of respect for those that do.  Our doctors and nurses have been absolutely amazing!  Here’s to hoping we get to go home today!!!

And a great big thank you to everyone who sent prayers and well wishes!  We appreciate it so much!!