TEAGAN UPDATE:  As of this morning, he is 100% better.  No signs of the tic and he’s back to his normal self.  I’m still in shock and feeling so thankful it was something so easy….because my heart aches knowing how bad it could have been.  Sometimes it is after the fact that it sinks in and your heart hurts, which is crazy, because we are thankful, but the fear of what could have been sinks in after the adrenaline is gone and that is where we are now.  Shocked, grateful for his angel Kelly who lives thousands of miles away, and just amazed at the fast turnaround with the right diet placed before him.  I will come back this week and talk some more about what we have learned and changed because I’ve gotten a ton of emails about it and it is easier to post here than to reply to each one coming from comments/email/facebook,etc.  And can I just say this again…..BLOGGING ROCKS!

Alli brought Taryn & Lily to school one day last week.  When I told Taryn that Alli would be picking her up and taking her to school that day, she leaned in close, got very serious and said “…but will Lily be in the car?”  HA!  Yes!  To which she replied “ok good, then I’ll go”….but the waiting for them to get here part was pure and complete torture.  All 3 minutes of it.

While taking the above shots, my duder, being the comedian of the house, rounded the corner in the hallway and jumped out in front of me with his best signature silly face (mouth wide open, head titled to the side), full on jazz hands and yelled “Momma!!  PICTURE THIS!!!”  HA!  He cracks me up, little stinker. 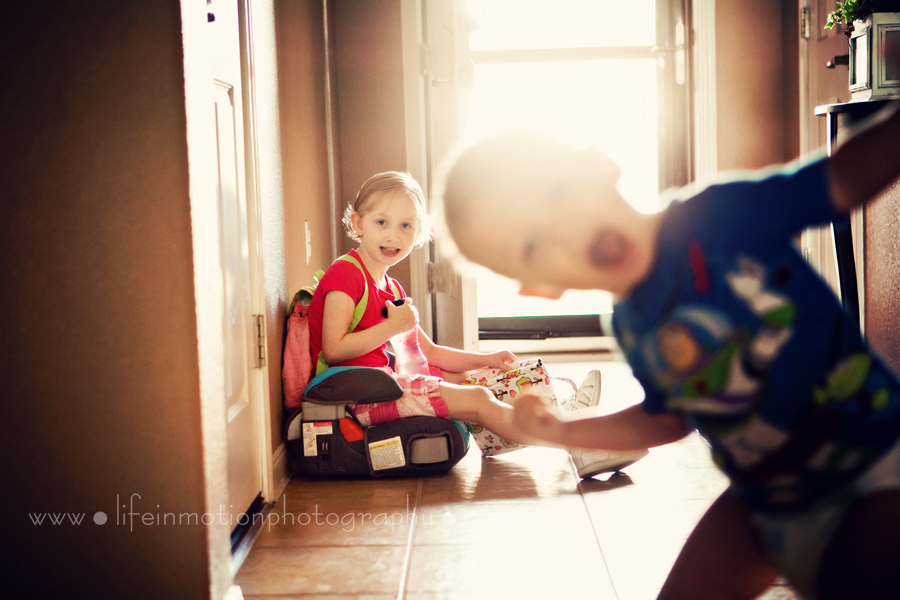