This week has eaten my lunch.  Personally and professionally.  Not in a bad way, it has just been so, so busy and a constant moving from one task to the next yet still feeling behind.  And all I really want right now is to be outside playing.  The weather has been gorgeous.  So when Jason sent me a text about it as I was leaving the gym this morning I suggested since Ty had to stay at school late that we get dinner out (its cheaper without him, ha!) and head to the park with the kids before my session tonight.  I’m so glad we did that because by the time I got home from the gym I was stressed just walking in our house looking at the mess, a huge stack of work, a puppy who needed some love and a toddler demanding lunch.  Same toddler did not want to nap sans binky so little work (or puppy love or house cleaning) got done.  Yes, the thought of getting out of the house for a bit got me through the afternoon.  We headed over to the park and even though the kids weren’t dressed for pics and still had promises pizza on their faces I wanted to take a few pics.  This is a location I shot at earlier this week and it is about to be demolished.  So sad.  The old barns have been there since the 1920’s, Jase found the dates written on the porch tonight alongside footprints in the concrete.  I really wanted to bring my kids out for a few pics and it was quite literally just that…they just wanted to hit the playground! 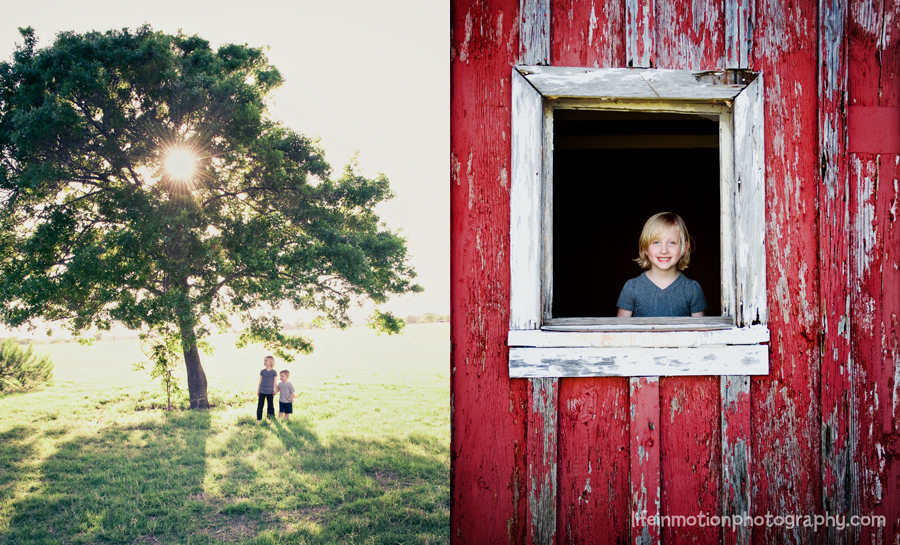 My girl, she looks good doesn’t she?  I didn’t even touch up under her eyes.  She’s healing, at least I hope she is.  She looks so much better to me.  After several months of healing her gut we’ll retest her food allergies next month with high hopes.  For the record, she’s praying she gets eggs back!