I wish that I would have continued to blog when we transitioned to fulltime RV life.  My blog used to be my space and it was so important to me.  Somewhere in all of this, I lost that.  I had to actually scroll way back to see when my last non-video blog post was.  Why I stopped blogging is….complicated.  Layered, I would guess you could say.  Obviously, selling the house and 90% of our stuff, changing every single thing about our lives was overwhelming and writing fell at the end of a very long list.  Especially in our quest to simplify.  Oh how I wish those thoughts and memories were documented.  It was an incredible, hard, beautiful, transformative, time for me and our entire family.  But it was also a very difficult time.  My PPD and PTSD were at an all time high.  I was overwhelmed, triggered easily, struggling with basic daily functions.  Every ounce of energy had to go in to healing and feeling ok again.  Somehow, through the birth trauma and depression, I lost my voice.  I couldn’t speak about what happened to me, or to us as a family.  It was too painful.  I struggle with that even now, two years later.  As much as I wish I’d blogged our first year of travel, I know deep down that it wasn’t even an option.  I’d lost my voice.  I wasn’t capable of being open enough for that.  The pain, the trauma, was too big, it took up too much space around me.  I guess that’s why we turned to videos and youtube.  I could easily capture the year without have to say much of anything within that space.  I’m so thankful for the videos we have created.  Photos and video don’t tell the whole story.  Did we have an incredible year on the road, YES.  Did we go on adventures and make memories, YES.  Did I have really hard days and weeks, YES.  But those don’t get captured or talked about.  The good times are real and beautiful, they aren’t a lie, they just aren’t the whole story. 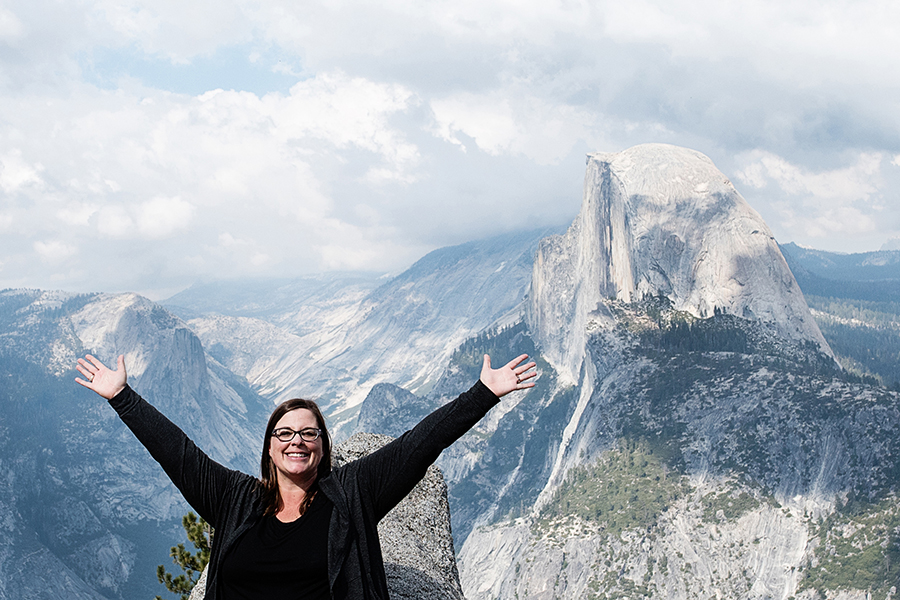 Am I ready to talk about the trauma?  No, I don’t think so.  But I am ready to test out the waters when it comes to writing in this space again.  It feels big for me to step out and test that voice after being quiet for two years.  PPD lies.  It told me to be quiet, that my thoughts aren’t valid, that no one listens, no one cares.  It told me the world would be better without me.  That I was alone in my pain, that no one could understand, that I was worthless.  And when you believe those things down to your very core, there isn’t much to say.  I’m fighting that now.  And it starts with just one post.