We hear this at least 20 times a day.  No exaggeration. It’s not the sound of a bark, it’s the word “bark”.  This has been going on for at least 6 months, probably longer.  Her imagination and the ways she uses being a dog, never cease to amaze me, she’s a smart cookie doggie.

Anyway, yesterday, I had plans to take Ty and Taryn off shopping while Jase stayed home with Teagan so he could nap.  Ty decided not to go, which suprised me.  When Taryn and I got back, we found out why.  He built our little doggie a dog house.  How sweet is he?!  Gosh I just love him. 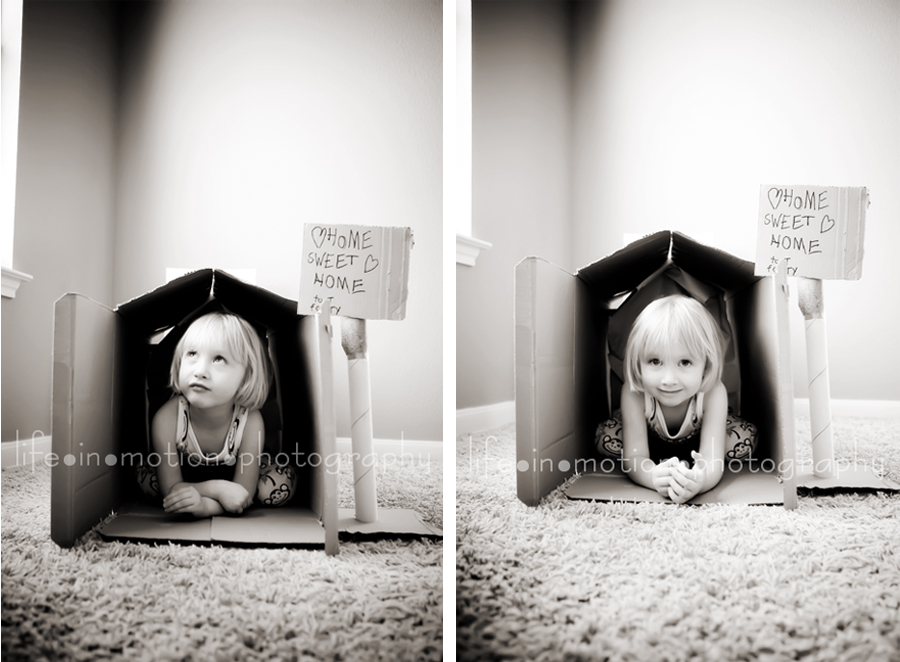 She was THRILLED.  Beyond thrilled.

He also made Taryn and Teagan’s gifts this year for Christmas….Taryn got a paper garland made of pink paper of course.  Teagan got a mobile, Ty worked for hours on it and it turned out so great.  I’m so proud of the kid he is, even when he gives us fits, talking back, misbehaving, being 11…..I can’t wait to see the person he becomes as he matures, the man he’ll be, possibly the father he’ll be himself one day.