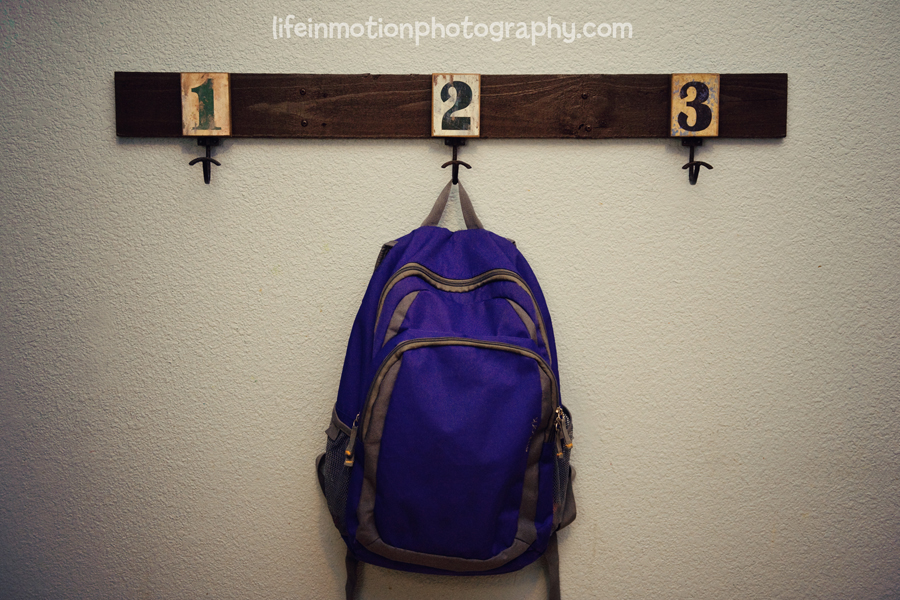 A decision we haven’t taken lightly.  I touched on our issues with the school a few weeks ago.  We went through the process of hiring an advocate.  We were advised it would be best for us to request a hearing, which is essentially suing the school district.  We were advised to hire an attorney to handle the personal injury that was happening with Taryn.  Because that is what they said it was, the food exposures to an allergic person, knowingly, again and again, it’s personal injury.  We don’t want our daughter to hurt or be in danger.  But we also didn’t want to sue anyone.  We wanted them to do the right thing, simply because it was the right thing.  We prepared to fight the battle for Taryn, to keep her safe and well in school and force the school and the district, the principal and her teacher to do the right things.

And then she was off of school on winter break for 2 weeks.  On the friday that school let out, Jase and I both noticed her eyes and her skin on her torso.  Her eyes looked like this.  Even after just a few days at home, her eyes and skin issues were much better.  And they continued to get better, day by day.  I hate, really hate, all the food in school between halloween and Christmas.  It’s so hard.  And this is without her eating any of it.  And this is with them removing her entirely from Science because of ingredients she was being exposed to as required by the district.  And by the end of winter break, her eyes and skin were 1000x better, her inflammation was way down, the belly aches were gone.  She felt better and behaved better.  The constant exposures at school keep her inflammation up and it increases her risk of a very serious food reaction.  We put in a lot of effort to healing at our house and it makes it damn near impossible to heal Taryn with the food exposures at school.  We struggled with our decision to send her back after the break and that first day back was SO hard.  I just remember crying after she walked out the door, the weight and stress of having her go back under the care of people who were not doing their jobs to keep her safe and healthy.  Communication had totally broken down with her teacher and I was afraid that if she did have an exposure, we wouldn’t hear about it.  We were just….afraid.  That first day back was awful, we quickly realized how much stress we were all under from the entire situation and being forced to redo the 504 again.  And for what?  To start over with a new teacher next fall?  Jase and I had some very long, very real conversations about homeschooling, the university model, finances, private school, my insane schedule, my probable loss of sanity with adding something so huge as educating our child to my plate, our business, the fact that I’d rarely have a kid free day again, just…..all of it.

Those were all the hard parts we focused on out of fear.  Then I started thinking about all the good stuff too.  We made a list with Taryn.  We made a list without Taryn.  Those lists held our answer.  The homeschool benefits column was 4 times longer than the public school column.  There are so many benefits to homeschool for her, not the least of which is us having a bigger hand in knowing what she’s learning and doing every day.  We were surprised, when it came right down to it, just how incredibly disconnected we are from her education.  We know she’s learning, we know she’s excelling in school, we see her report card and her homework, but when it came to taking over that job for ourselves, it was a real eye opener.  That made me so uncomfortable.  I want to know more of what she learns, I want to integrate it in to our every day, I want to be more involved.  The thing is, I thought I was.  We are also thrilled that she’ll be able to learn at her own pace instead of at the pace of the slowest child in the class (thanks a lot no child left behind….).  We want to focus less on testing and more on a love of learning.  While I’m thankful that helps her leadership skills in the classroom, I want my child to learn at her own pace.  There are really sooooo many reasons why it makes sense for our family.  We spent the next several days taking everything in to consideration and in my normal fashion, I changed my mind about 50 times, hemmed and hawed and felt overwhelmed.  My husband grounded my fears, because that’s what he does so well.  I’m so horrible at change and he always finds a way to help me work through it.  I started talking to a few friends who homeschool, including my friend Sara.  I think I texted her about every 5 minutes for a couple of days and bless her heart, she’s still speaking to me!  And I also talked to a few other mom friends and clients who have crazy busy schedules and own businesses and yet still have thriving children who homeschool….if they could do it, maybe we could too.  I started with researching curriculum and figured out I LOVE that part.  I then figured out a schedule.  And thats the thing about my fear of change, once I dig in, once I take the fear out of the unknown, I can handle it.  That’s all it took.  Because now I am PUMPED. 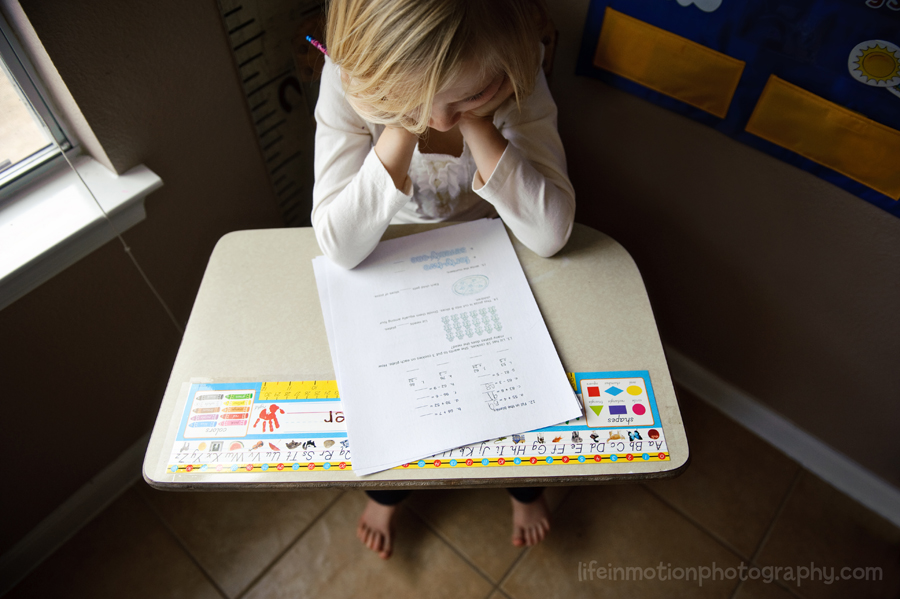 We withdrew Taryn from school this week.  We met with her teacher and the principal to talk about her academics.  We checked out her epipen from the nurses office.  It was good, it was freeing, but it was hard.  I’m not one to back down from a battle.  Especially when I’m right.  Especially when Jason and I were told by the school counselor not to try and change the way food is used in schools.  We were told the system was too big for change, that we shouldn’t even try to take that on.  Those are fighting words.  Giving kids dyes and GMO products and processed, nutritionally void, crap food daily, is wrong.  As is giving 6 year olds bottles of fertilizer in science as part of district required curriculum.  I wanted to fight the system.  I wanted to educate them on why so many of our kids are so sick.  I wanted to bring it to the front because I know there are other moms out there who care too.  I wanted to be a voice and be heard.  I wanted to show up for that battle because you know what, dammit, I could win it.  I know I could.  But I had to face the fact that I cannot show up to every fight I’m invited to.  My focus has to be on my family, healing my children, keeping my daughter safe, because that is where I’m needed the most right now. Withdrawing her is what is best for her, so I feel good about it, but I also felt defeated.  They wanted us to homeschool her, they wanted to be rid of the responsibility, they wanted us to just go away, because it was too much work.  In that regard, they won.

We visited a university model school, but decided we couldn’t afford the added expense.  Teagan’s vaccine injury has given us an expensive few years, and we just can’t afford private school tuition.  We also like that at home, we can been more open with her curriculum.  We spent her first week at home taking a deep breath, we worked out our schedule and and did some placement testing to figure out where to start.  We have a firm, and exciting, curriculum in place.  I’m so excited about all she’ll be learning.  We also set up a classroom in our home.  We’re all set to start on Tuesday.  We will be following the school district schedule since Ty is still in public school at this point, it will be an easier fit for our family.  Ty wants to homeschool, I’d still like for him to have a high school experience.  We’re not closing any doors here, we’ll see where things fall when the dust settles.  Teagan will stay in pre-k 2 days a week for the time being and he will homeschool with us on his days home with T and I.  We’ll use a co-op and play group for socialization and a few electives like PE, etc.  I am thankful I’m not taking it all on by myself, because we both work, Jase and I will be splitting our teaching responsibilities.  I will teach several days during the week and he will teach on Saturdays and Sundays.  We are each taking the subjects we love, I hope this means she’ll get the best of each of us.  We’ll both be diving in to new foreign languages, which could prove to be very interesting!  I have found myself so thankful, yet again, for a husband who jumps in to raising our children two feet first.  He’s willing to invest in them in such huge ways.  He has confidence in them, and in me.  We are so blessed by him.

The public school system and Leander ISD failed my daughter.  They failed to effectively communicate.  They failed to provide ingredients provided by the district for required study.  They failed to accomplish inclusion in the classroom for science.  They failed to follow the plan they put in place to keep her safe and healthy.  They failed to keep foods she is allergic to away from her.  She never once had a reaction in the lunchroom, at snack time, or from food given to her by another child.  Each and every time, her reactions were caused by the negligence of an adult.

I never, ever, imagined we would be standing here.  A year and a half ago if you’d have told me we’d be a traditional foods, uber crunchy, homeschooling family, I’d have given you the side eye and asked for some of whatever you were drinking.  But not today.  Today, I’ll raise my water kefir glass and toast to a new adventure.