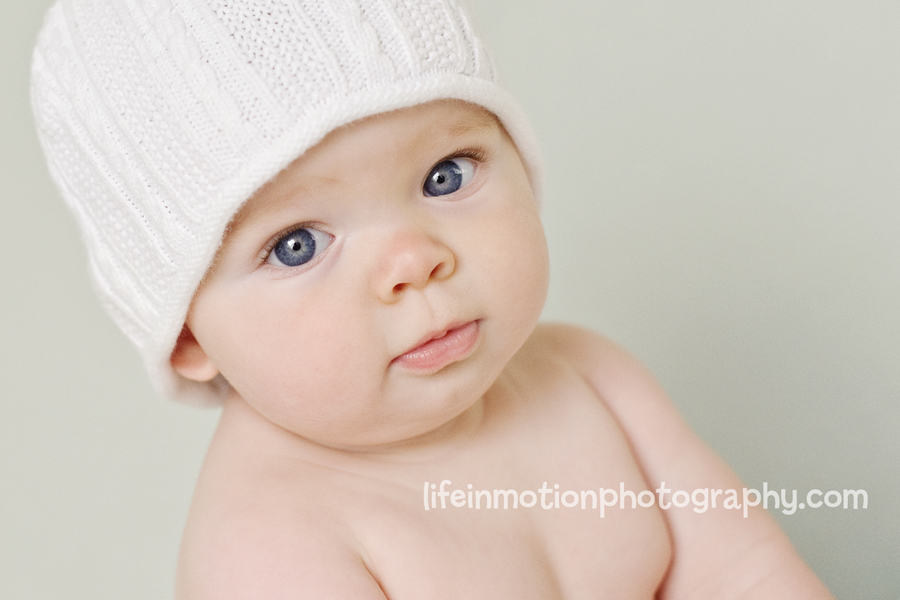 He’s not yet crawling, but definitely mobile.  He’s inch worming and rolling to get where he wants to be.  He loves attacking catelogs on the living room floor.  He’ll sneak up and grab your toes (Taryn is thrilled with this).  He loves playing with various kitchen items like wooden spoons, rubber spatulas and whisks.  He thinks Maggie is hilarious.  He has a sudden hatred for the changing table.  He randomly laughs out loud while nursing (I may get brave and share a video, it’s so freaking cute I can’t stand it).  He love love loves the big boy canvas and wood swing his Gee bought him for our classroom/playroom.  We call Taryn and Jude “his groupies” because they come running to fuss all over him every chance they get.  He’s not a huge lover of solid foods yet, but we are working on it.  So far he’s had raw saurkraut juice, bone broth, avocado, sweet potato and carrots.  Just last night we *accidentally* introduced banana.  I wasn’t planning on introducing fruit for quite some time, but we gave him a washed banana to play with because he was fussy while we were cooking dinner.  2 minutes in he had gnawed through the peel and was happy as could be with the surprise fruit filling.  So, we introduced banana, and he seems to like it.  His new thing is to grab Jude’s ears and pull him in for a big wet kiss.  He only does it with Jude, which makes Jude so so happy, since Jonah usually has sweet eyes for Ms. Taryn.  He’s still one of the most easy going, happy, go with the flow babies I’ve ever met.