1.  Only 5 on Tuesday because I’m barely trucking along on less than 3 hours of sleep.  After Ty’s game last night he got hurt messing around on the sidelines.  Hurt to the tune of an ER trip after a sharp piece of metal dove in to the palm of his hand.  Ouch.  I am not a fan of hospital or ER’s as they tend to question our crunchy ways.  Or really, I tend to question their medical ways a bit more than they are used to and it ruffles feathers and I’m one of “those” people.  Works for me, I like to read labels on medicine bottles and question the necessity of medical interventions.  But I’d rather avoid it all by not having my kid get hurt to begin with.  Really.  4 hours and 4 stitches later, we were on our way.  He’s ok today.  Not in too much pain even though they had to cut a good portion of his flesh (!!!!!!) out of the middle of his palm to put stitches in.  He can’t write though as he’s left handed.  Boys!  They should come with bumper pads.  I swear!!

2.  Speaking of boys.  Last week as I dropped Ty off at the 8th grade dance I offered to get out and show him some of my moves.  He very enthusiastically declined.  I was bummed, I have some mad moves, dude.  Teagan overhead me tell this to Jase when I got home.  A few days later we were all out as a family at one of my most favorite, peaceful places to visit and pray and just breathe.  I turned to watch my boys and soon realized that Teagan was also offering to teach Ty some of his dance moves!  He even broke out a few to show him!  HA!  Ty declined.  I flipping LOVE these two photos, hilarious!  You can see Teagan trying to convince him and then they both look annoyed as Teagan walks off.  HAHA!  I can see him thinking “Ok, but I have good moves that I was going to share but I’m not now….”  And Ty is glaring at me thinking I put Teagan up to it, I swear I didn’t! 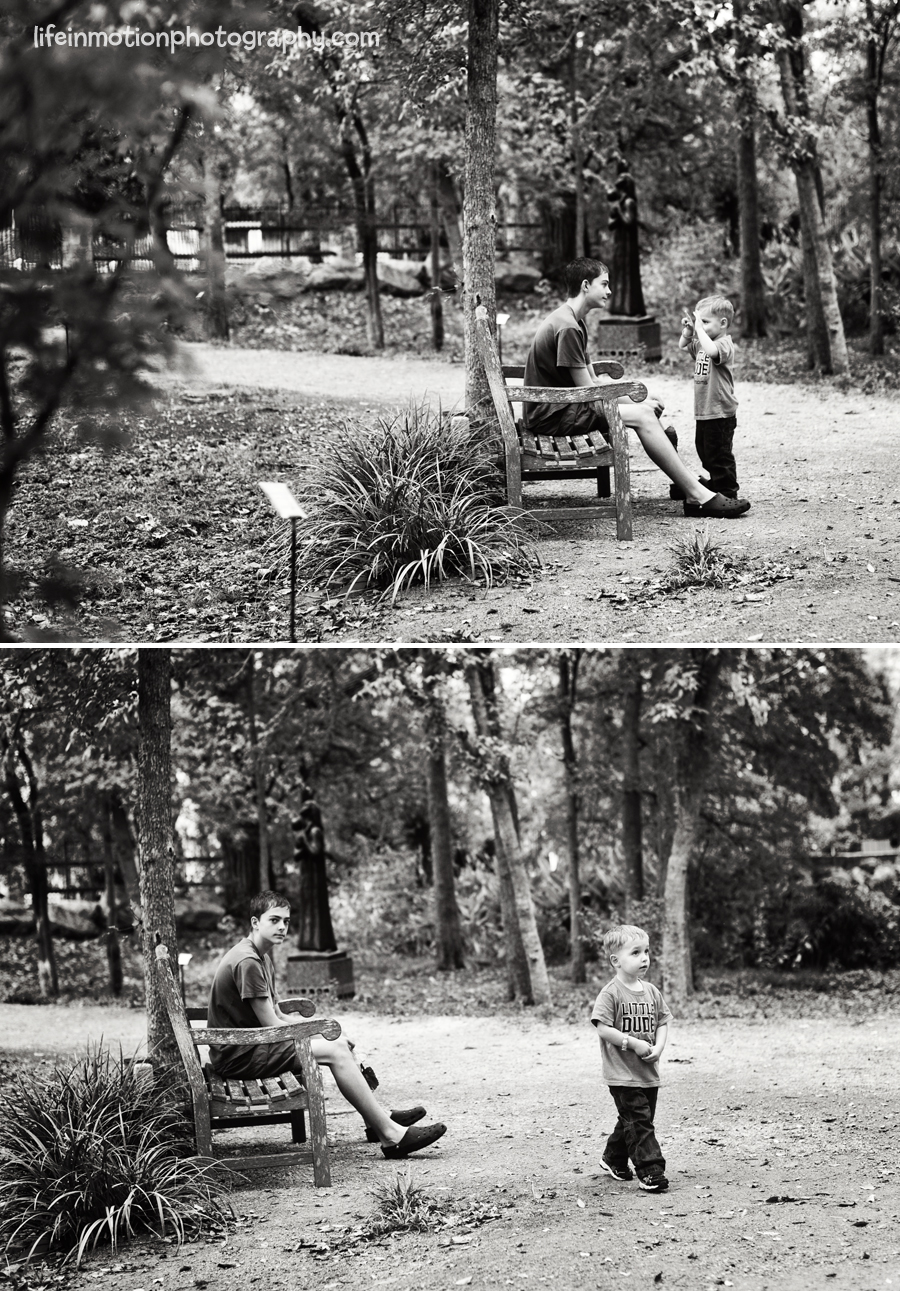 3.  I’m so mind numbingly exhausted that I’ve been sitting here listening to the Chipmunk’s Holiday album for God only knows how long without realizing it.  1 – why do I even have that on my itunes?!  And 2 – I am tired.  Truly though, I will sit and listen to the kids science music or some random veggie tales album for an hour while editing and then realize it and be all WTH?!

4.  Another chapter for my sweet Taryn’s sleep book.  We went looking for her at dinner and found her sacked out on her bedroom floor, blankie under her, cuddled up with her most favorite stuffed friend, Cody the horse.  I love that I have these of her.  This is just so her right now, straggley from the end of a long day of learning and going and doing, funny random socks paired with plaid, cuddled with Cody who never leaves her side. 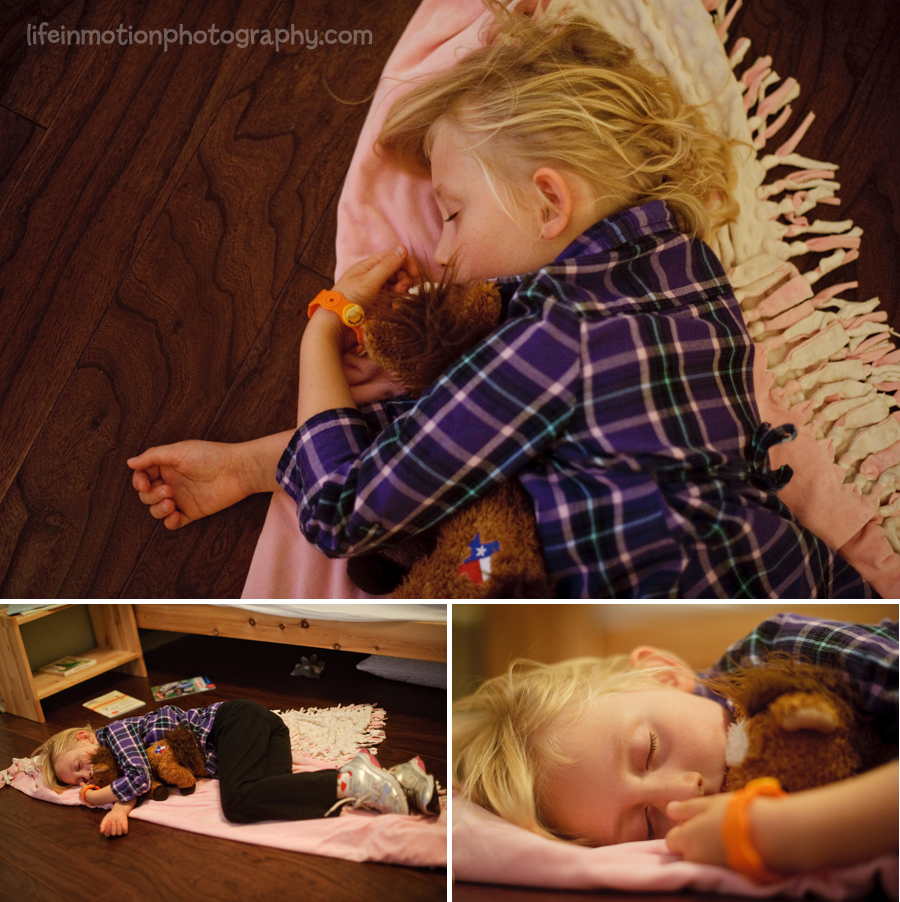 5.  Looking for a way to take back the family dinner?  We did it.  And it’s worked so well for us, it’s now a nightly thing the kids love.  Check it out here, good idea!

My girl up there has the right idea, I’m off to catch some zzzzzz’s!