2.  I had oral surgery yesterday, again, and I hurt.  Seems like the second day is always worse than the first.

3.  I’m taking the kids to the mall tomorrow.  Wish me luck.  I’m on the hunt for an outfit for Teagan for his birthday pics.  And for once I’m not taking them!  Who-Rah!  Kerri Mathis is coming up from Houston to take them and I’m so excited to meet her!  Anyone care to join me in some blog stalking next week?

4.  My husband, who doesn’t blog, read this blog or leave comments very often, left one here that made me tear up.  It’s really crazy to read so many nice things about yourself in one place like that.  I’ll admit to blushing all the way through it.  Jod & Kim, what you are doing to encourage women, rocks!  ((I still think the mustache pic woulda been funny, just sayin’)).  😉

5.  My mom bought us Sesame Street Live tickets for Teagan’s birthday.  While we haven’t told the little ones yet, I told Ty.  I’m sure you can imagine his excitement when he found out that he’s going too.  Thriiiiiiiilllled, I tell ya.  HA!  It’s the little things that bring me joy in parenting an almost teen.  It’s kind of fun to throw his moody self a curve ball every now and then.   I promised him there would be food there and that helped a little.  Teagan’s gonna love it though.

6.  This one had pajama day at school last week.  She was a little excited about it! 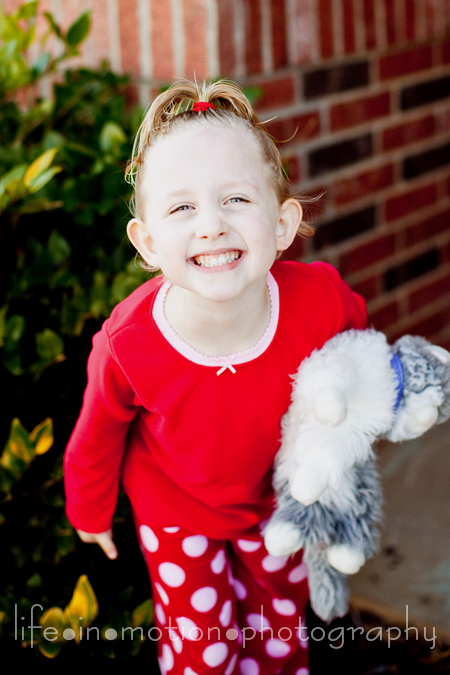 Probably because this was the 2nd time she showed up in her PJ’s.  Being the slacker mom that I am, I got the day wrong the week before.  At least we had a change of clothes in the car, even if she did protest to the point of kicking and screaming in the parking lot.

7.   We’ve been doing Valentines Day crafts around here.  I need to take a few pics of what we’ve been up to and come share. 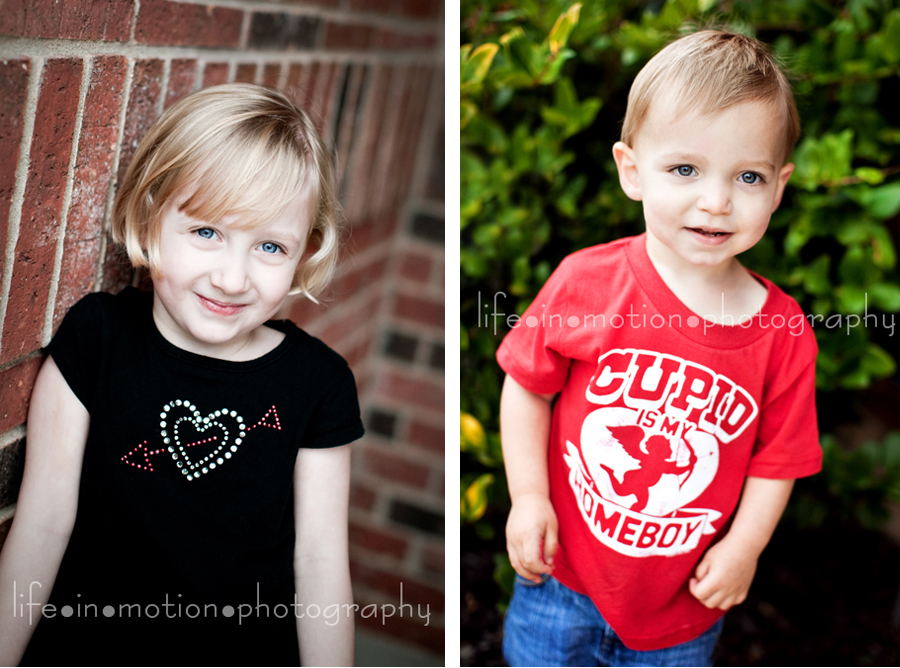 9.  Here is a hint, Muck decided to stick pizza up his nose, not once, but twice today.  You haven’t lived until you’ve retrieved pizza out of an oraface with a q-tip. Twice.

10.  I feel like I’ve been tethered to my computer for weeks.  Isn’t this supposed to be a slow time of year?!  I’m proofing 3 session and a birth right now!  I’m excited to have a weekend full of shooting AND a little old thing called the SUPERBOWL.  Who Dat baby!!!