1.  Taryn shocked us all just 1 day after breaking her arm when she sat down and wrote out the entire alphabet with ease with her left hand.  She’s right handed! 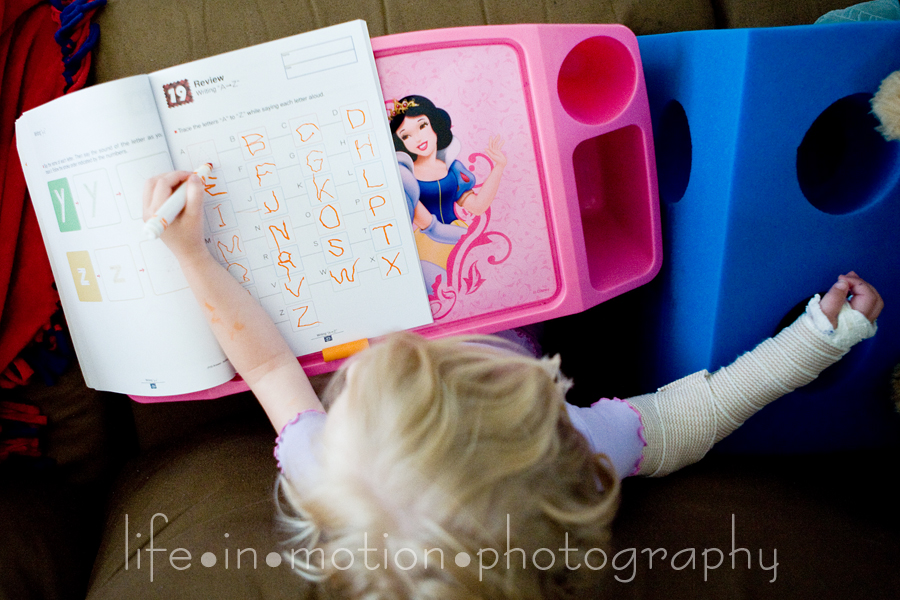 Jase was watching her and told her how “awesome” she is that she can do that.  Still on a lot of pain meds, she absolutely fell apart…..”d-d-d-d-d-d-don’t c-c-c-c-c-c-call meeeee awe-some”.  Poor girl, she had an emotional few days that required lots of love, hugs and an unreal amount of patience.

2. This little one is still having a hard time adjusting to one nap a day.  And by hard time, I mean, falls asleep in random places all over the house mid morning.  This is one of the more cozy little spots we’ve found him recently.

3.  I should have never told my husband that I don’t like the word “moist”.  He now works it in to every.single.conversation.  And if that wasn’t bad enough, he found himself taking an iphone photo of the word “moist” on a shampoo bottle at the grocery store and emailed it to me.  Boys, ugh!!

4.  When we were in the ER for Taryn’s broken arm, they had to put her under anesthesia to set her arm, move the bones and put the cast on.  If you’ve never seen a cast being put on, it’s quite the process.  I was honesty surprised when the ortho pulled out what looked like a circular saw to cut the side of the cast down the width of her arm to allow room for the arm to swell as it begins to heal.  It’s just a horrible sound.  About an hour after Taryn came to, she asked us what happened to the ‘vacuum cleaner’?  What vacuum cleaner?  The loud one, you know, when everything was all spinning around!  They didn’t even clean up this mess??  (pointing to the white dust all over her shirt). 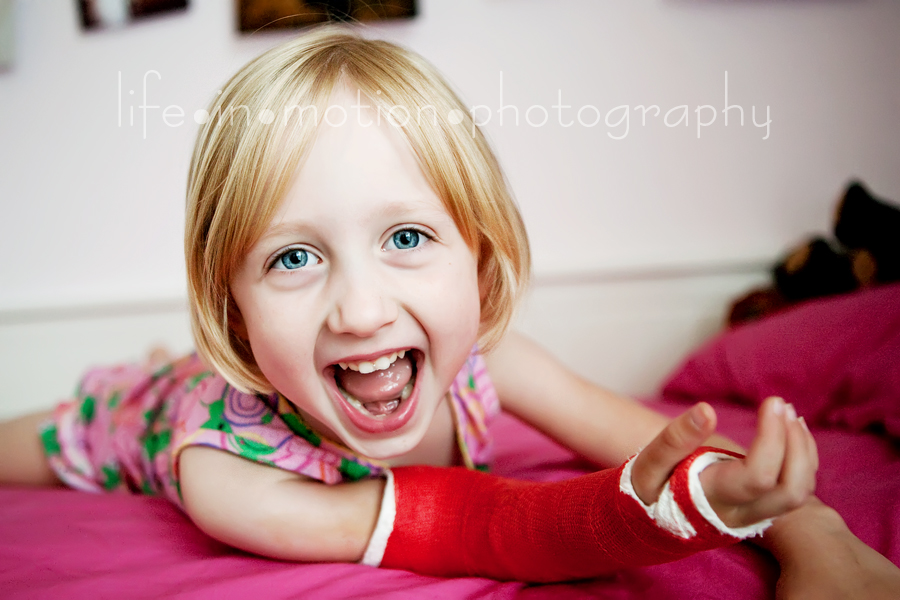 6.  It only took approximately 18 hours for the cast to become a weapon used to defend herself from her little (pesky) brother.  Teagan is not a fan of the cast upside the head.  Did that stop him from pestering his sister…..uhmmmm…..no.

7.  How cute is this website, the funky lunch.  I suddenly feel so lunch inadequate and boring.

9.  Did you know that you can create a font with your very own handwriting?  Check it out, pretty cool!

10.  I’m having a hard time purchasing halloween costumes this year.  Taryn changes her mind on what she wants to be daily and I can’t find anything I love for Teagan.  What are your kiddos going to be??

And a quick wave hello to my mom, she and my step-dad, Larry, landed in Colorado today for what will be his 9th spinal surgery.  A previously repaired area has re-fractured and is putting pressure on his spinal cord.  Mom, I’m thinking of you guys and hoping for a smooth surgery and speedy recovery.  Love you!