i prayed for him and it changed my life

when it was just ty and i, we lived in a little town and went to a little church.  i remember one sunday, the sermon was about being specific with God and asking for what you want.  praying for his will and guidance is a wonderful thing, but sometimes you have to be specific, put it out there, raise it up, because God wants to bless you.  that struck such a cord with me.  it hadn’t occured to me on such a personal level before, to ask for exactly what i wanted.  being on my own, a single mother and focusing on raising my son, it never occured to me to be so specific with God in asking him to bring someone wonderful into my life, in to Ty’s life.  i always asked for his will, and would have been happy with whatever God decided for us.  truly.  but that night, i got down on my knees and specifically prayed.  i asked for things in a man that were silly, that were important, and significant, with an honest and open heart.  i’ll never forget that day.  i got up from that prayer and thought “well, we’ll see”.  it took time, God knew i wasn’t ready yet.  one year later, God answered that prayer.  i met jason.  it took a lot of time for me to see in him all the things i had prayed for, but they were there.  we became friends, slowly, and then we fell in love.  three years after we met, we were married. 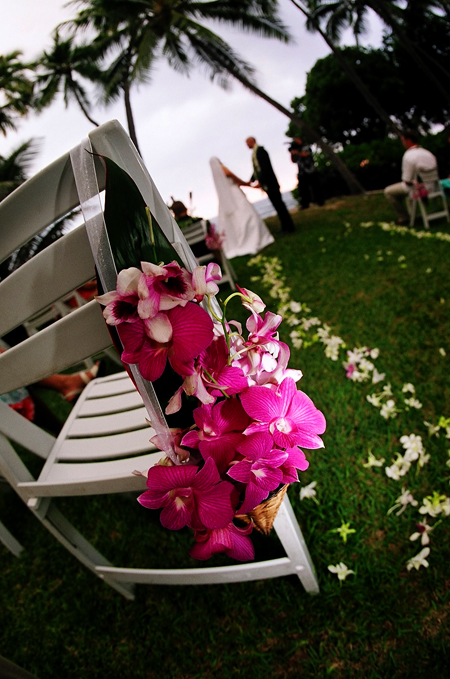 today is our wedding anniversary.  four years.  we said ‘i do’ at the oceans edge in hawaii.  four years seems like a short amount of time until we stop and think about all we’ve been through.  a honeymoon baby, an adoption, a hurricane, another baby, a move, a new job and a new business with a million little details all inbetween.  it’s been chaotic, a wild ride.  but we hold on tight.  for that i am thankful.