He is in the quiet spaces. 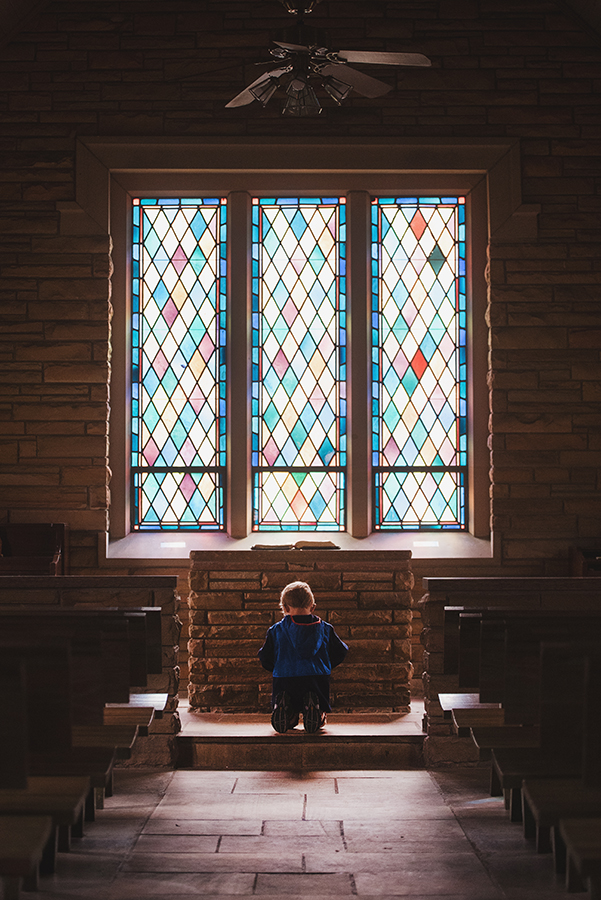 He is in the quiet spaces. My faith has been all over the place this year. I’ve been closer to God and farthest from God all in the same year. I prayed and sought his will seconds before the trauma started at Zachary’s birth. He saved Zachary’s life, and likely my own. But it’s been confusing for me as I’ve worked through the trauma, a difficult path to walk over the last 11 months. Today, the kids and I found a tiny church in the woods at our campground. The door was open, but it was dark and cold. There were only a few windows and all were stained glass. The old bibles on the pews were worn and tattered. It made me wonder who had held them, read them, prayed over them. Jude stood at the alter and read passages outlining the birth of Jesus. Taryn played the piano and Jonah prayed at the alter. After awhile the kids were ready to move on. But I later went back to that dark little sanctuary in the woods, and sat with the Lord. In silence, in tears, that hit cold concrete floors. I found a sense of peace in giving thanks for our savior, for His birth, for Zachary’s birth and so much more. A peace I haven’t felt in almost 11 months. I just needed to be with Him for a moment. A moment I didn’t find at a flashy church service with pretty pews and a fancy holiday decorated alter we’d just attended the night before. Nope, I found His presence in the middle of nowhere. I love that He works that way. I’m still struggling daily from the trauma. But today I struggled and felt closer to my Father, and I’m so thankful for that because it’s something I’ve worked for and longed for.