1.  Last week Ty made smores.  It was a certain someone’s first smore ever.  That someone thoroughly enjoyed it….but I’m not naming any names…. 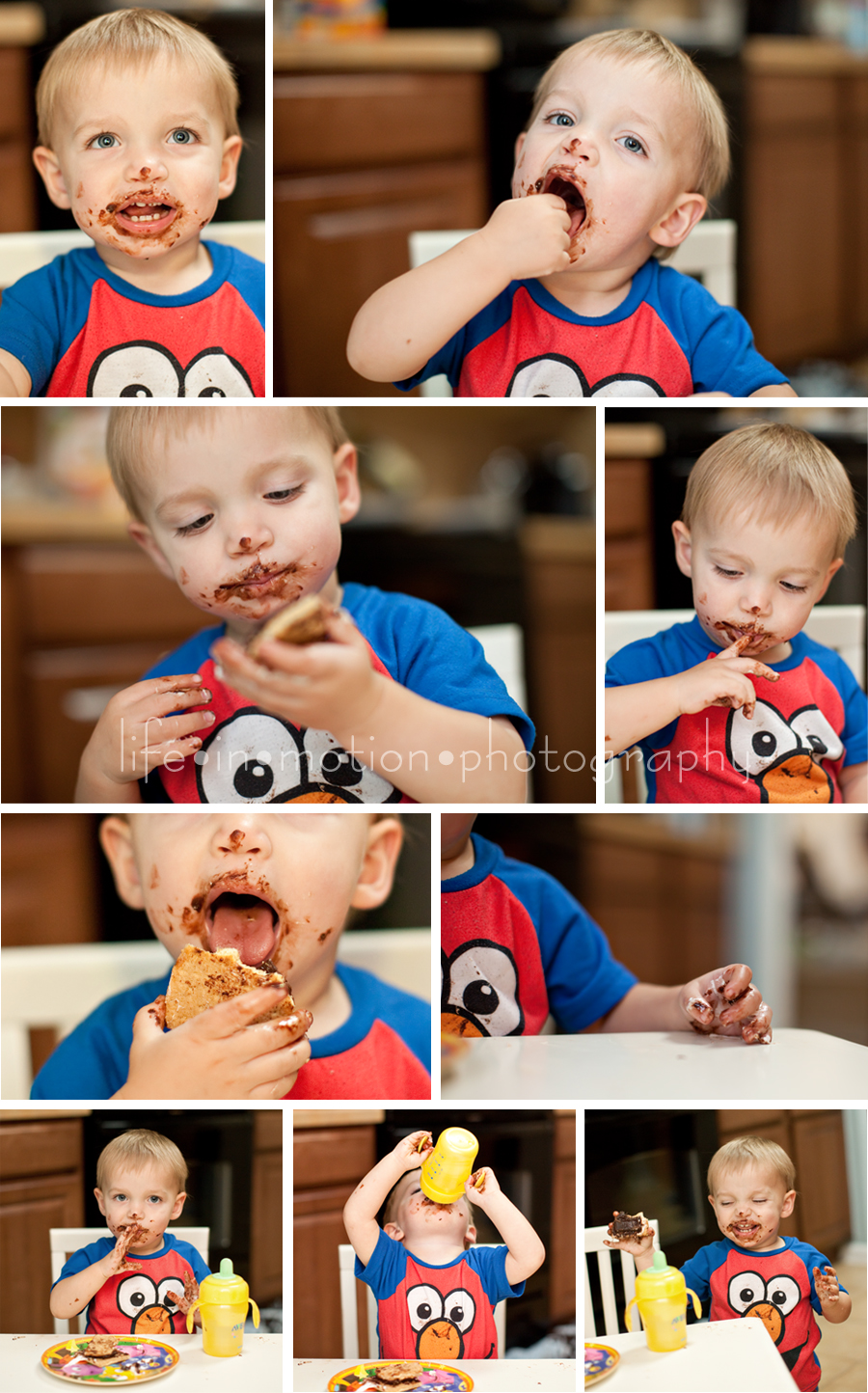 2.  In an effort to squeeze an entire holiday season of events into the week before Christmas, we’ve been busy.  Sunday night we ventured out to Zilker Park to the Trail of Lights.  It was toned down a lot the year due to ACL but we’ve never been before and had nothing to compare it to, so we were thrilled.  The kids had so much fun and I TOTALLY underestimated the pure joy and giggles to be had while spinning under the tree (an austin tradition).  We’re hooked, we’ll go back every year.  Moments I don’t want to forget…..Taryns fascination with the dancers on stage, the way Teagan clapped louder than anyone at the end of the song out of a group of a few hundred, their amazement over every light, every statue, the way Taryn giggled with pure joy while I spinned her around and around under the tree of lights, watching Ty spin as hard as he could until he almost fell, hearing Teagan say “wha dat” to every.single.thing.he.saw and Jason answering so patiently….this is Jase saying “dat’s a _____”…. 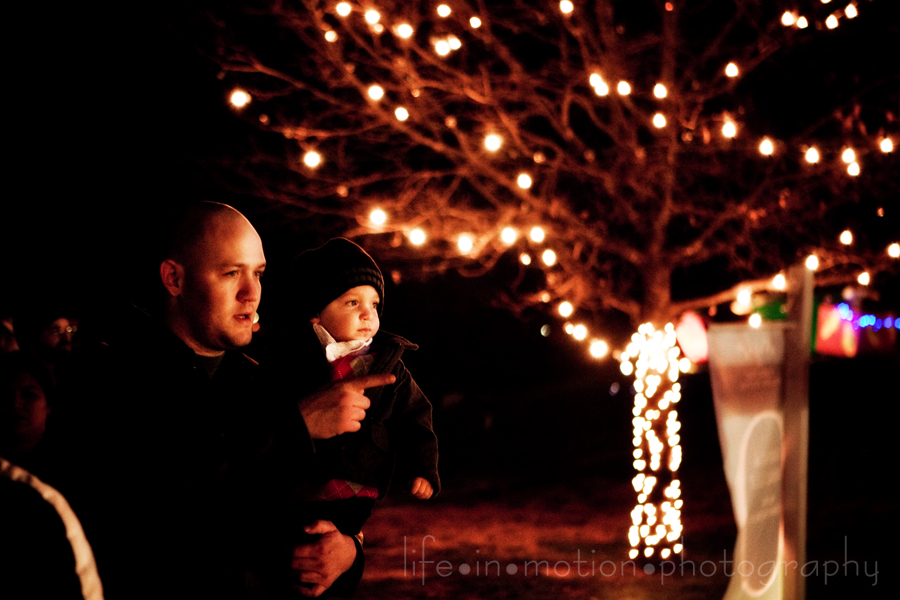 3.  Monday night we decided to head over to the Domain to see Santa.  I’ll admit it, I was hoping for a massive freak out.  I love those freak out photos.  Instead, I think we’ll just call this one bah-humbugx3: 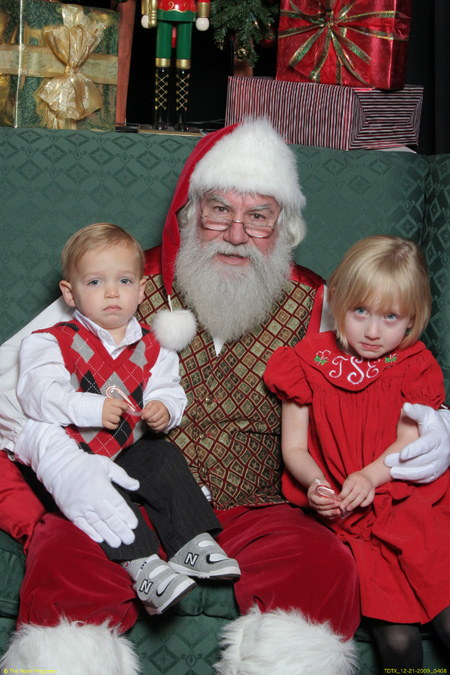 4. After the kids went to sleep last night Jase and I dug out all the gifts, turned on the Griswolds and wrapped and tied and bow’d and taped until 2:30 am.  I am happy to say that we’re almost done (unlike last year when we hadn’t wrapped a single gift before Christmas Eve).

5.  The other day Teagan was telling me about the things that he loves.  The order was always the same, no matter how many times we talked about it…..1.  binky  2.  step stool  3.  mommy  His step stool.  He carries this darn thing everywhere.  He’ll put it next to his bike, use it to climb on (so not needed), push two steps, get off, retrieve the step stool, move it up next to the bike and get back.  Lather, rinse, repeat.  He loves that thing.  Is it possible for a step stool to be his best friend, sidekick and trusty companion?  Anyway, at least I know where I stand on his list of things loved.  Jason says I should just be thankful I made the list!

6.  It will likely be a little slow around here as far as client images go.  I’m knee deep in proofing 3 births and only share them with specific permission.  I will be posting quick and easy to proof snapshots of my fam over the next few weeks though.  My work schedule picks back up around the 2nd week of January…..I have a feeling I’m going to need every moment in between to finish up the birth photos, there are lots!!

7. Confession:  I started this TOT last night, worked on it a little this morning and was hoping to finish it when we got back from getting the kids haircuts at Birds.  But, Teagan had an asthma attack on the way home and isn’t doing so well this afternoon.  In light of that, I’m going to round this out really quick some photos I have in my stash of stuff I haven’t shared yet….

8.  A real smile from my girl always makes me happy! 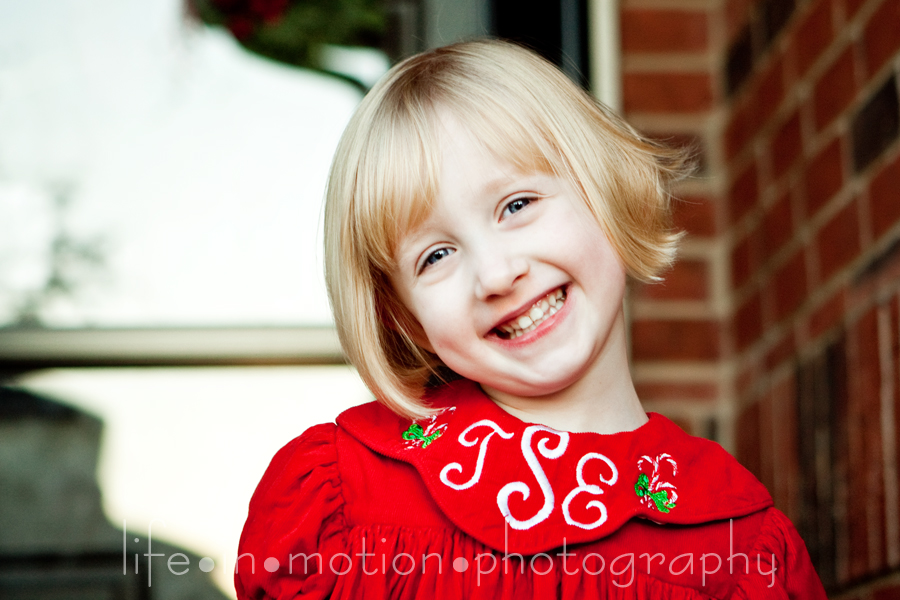 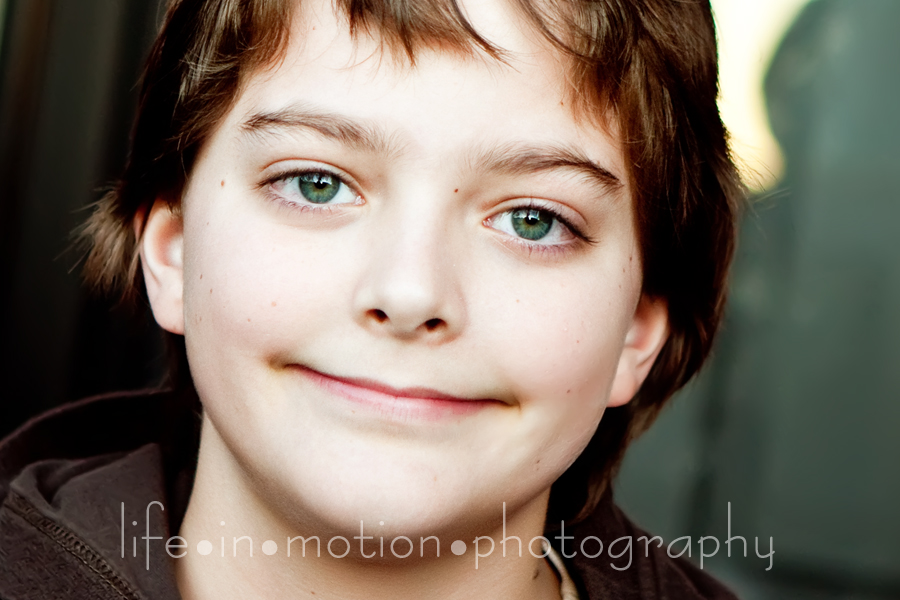 As handsome as he is with a combover, it just isn’t him.  The hawk returned this morning.  He walked in and rocked out.

Happy Tuesday everyone….I’m off to snuggle my little man….