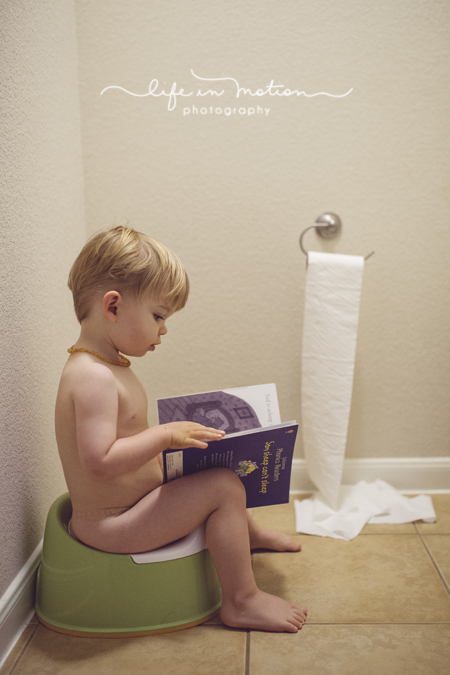 So.  This is happening.  Slightly against my will.  Last night after baths Jonah was running around without clothes on as usual.  He stopped Jude and told him he needed to go potty.  Jude said “ok, come on, let’s go…” and took him.  A minute later I hear cheering from the bathroom.  That’s the first time he’s ever told someone and the first success!  My first thought is that Jude just landed himself a JOB!  Ha!  I was hoping to wait until it warmed up a bit when it’ll be easier to have him running around with less clothing on.  Plus, we just aren’t in a rush.  But if he’s feeling ready we will go with it.  He’s gone 2 more times today.  I’ll admit, I’ll miss his little fluffy cloth diaper butt.  That’s easy for me to say since I’m not the one to wash all the CD’s, Jase does it.  My baby is growing up y’all.