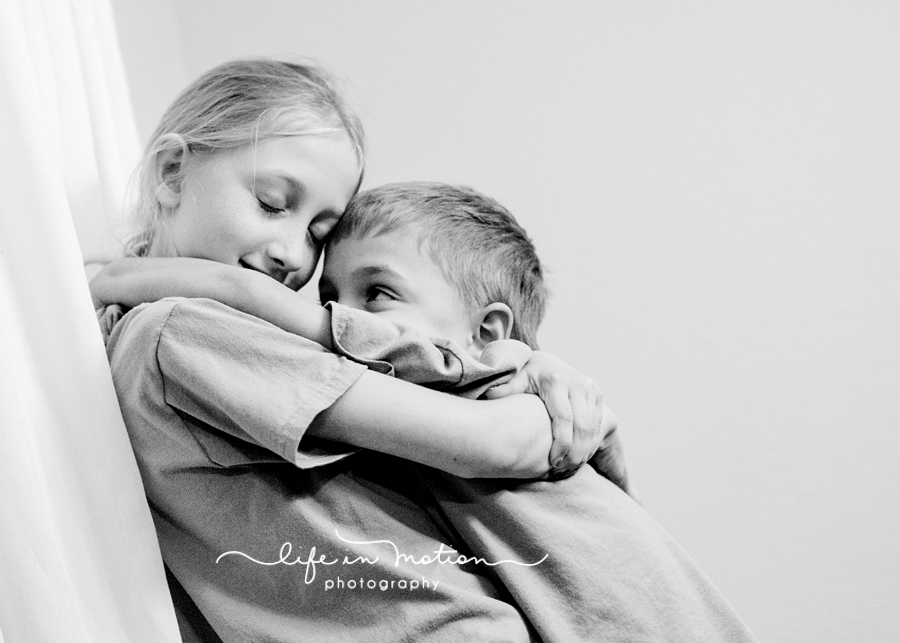 Don’t let these two fool you.  95% of the time, they bicker.  And it’s making me crazy.  I often refer to them as a little old married couple, they fight when they are together and can’t stand to be apart.  After a full 30 minutes of them being home from enrichment today, the bickering was out of control.  So I decided to start something new.  Every time I hear them bickering, I called them over, had them hold both hands, face each other, look each other in the eyes and give the other a compliment.  Worked like a charm, they’d both start laughing and then feel good about the compliment they received.  It’s just about impossible to hold hands, face someone, look them in the eyes and not smile anyway.  After awhile, and a lot of bickering  / eye rolling, they started to run out of compliments.  I knew this to be true when Jude complimented the color of Taryn’s face lol.