365 Project: Yet another cast 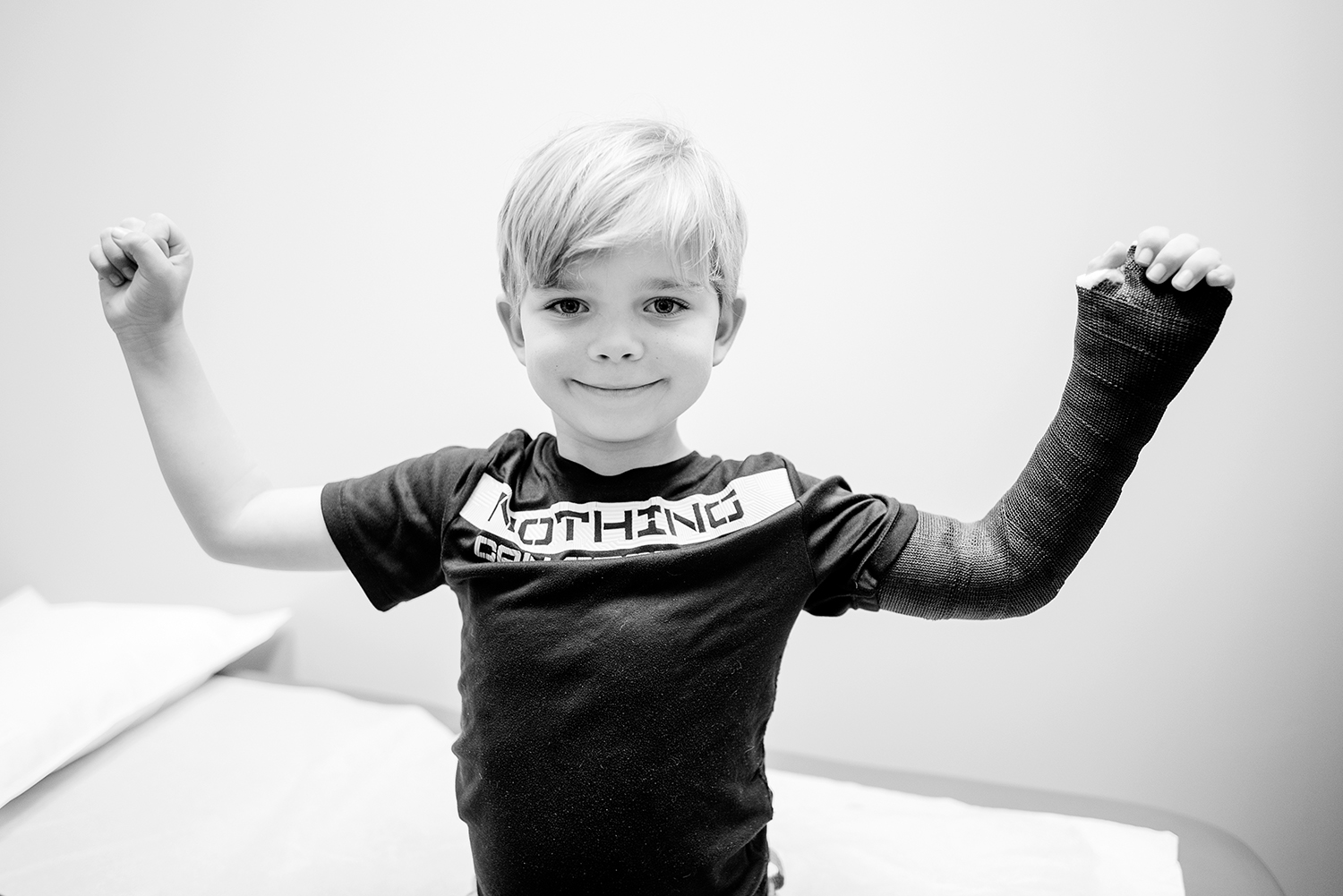 It has been a very long couple of days.  Thursday, we went back to Dell Children’s Hospital for Jonah’s follow up appointment.  The purpose of that appointment was to remove the large long arm plaster cast and move him over to a short arm fiberglass cast.  We’ve had concerns about the fit of the cast throughout, but were assured repeatedly it was fine.  When we arrived they removed it, did an x-ray and the PA assured us we could move him in to a brace.  We were concerned because his arm is still very visibly fractured on the x-rays.  She really felt like the brace was going to be enough so they referred us to go get fitted for a brace.  We had to walk in the cold about .5 miles with 2 little kids in tow, get there, have a super long wait and then they start measuring for the brace.  When they brought it in to put it on him, it was this super flimsy piece of flexible silicone type material with a price tag of $600.  I was floored.  There was NO way that piece of junk was going to adequately secure his still broken arm.  We asked for something more stable and substantial and they said because an Rx was written for the brace they’d have to contact his doctor.  Granted, we hadn’t even seen an actual ortho in the last 2 visits.  We only saw him once at our first visit and that was because we insisted.  He refused to change the brace Rx and said just get that one.  We wanted to go back to the clinic and have a short arm cast put on at that point, but they were closing for the day and wouldn’t take us.  So, buy a useless brace or go to the ER for a short arm cast, those were our 2 choices.  They marked the brace down to $135 and we chose that option, neither of us feeling good about it.  But the boys were so DONE with waiting rooms and doctors offices for the day, everyone was hungry and we still had to walk another .5 miles in the cold back to the parking lot where the truck was parked.  We debated what to do all the way home.  Jonah isn’t your typical sit still kinda kid.  He’s busy.  And when it came down to it, we knew that bone would break again fast if he put too much pressure on it or fell.

My instincts told us to go get a second opinion.  Jason felt the same way.  Today we did just that.  And I’m so glad we did.  A review of his records and the new ortho not only wanted him in a short arm, but a full long arm for a minimum of 6 more weeks.  His arm should have been completely healed by now.  The biggest reason it wouldn’t have healed is too much mobility in an ill fitting cast!  We were livid that our concerns were ignored and brushed aside.  We had actually returned about the cast rubbing his wrist and they cut part of it down.  When that cast was removed he had an open wound inside as a result of it not fitting correctly.  The nurse snapped at him immediately wanting to know what he stuck inside his cast.  We were shocked but jumped in right away so he didn’t have to answer her.  So rude!  Thank God it wasn’t infected and I was able to treat it quickly with a healing salve multiple times before the new cast went on today.  The wound looks so much better already.  Seriously, grab that salve – it heals everything super fast!  We put it on all bumps, bruises, rashes, sunburns and cuts.  It’s like a miracle salve!

The new care he received today through Direct Ortho Care was SO much better!  Gosh, just night and day different!  The cast fits well and he has less mobility around his fingers and there isn’t a big gap at the top of his arm.  We felt much better having it secured until it’s fully healed.  A good reminder to always, always, always follow my instincts.

Jonah was such a trooper, he didn’t complain one bit about another 6 weeks in a long arm.  He’s just so easy going about all of it.  Even though this really stinks for him.  And he totally chose a black cast, which surprised us.  Later Jude told me it is so no one will see him when he’s playing hide and seek in the dark lol!  I asked Jonah if that was true and he giggled.  Ha!