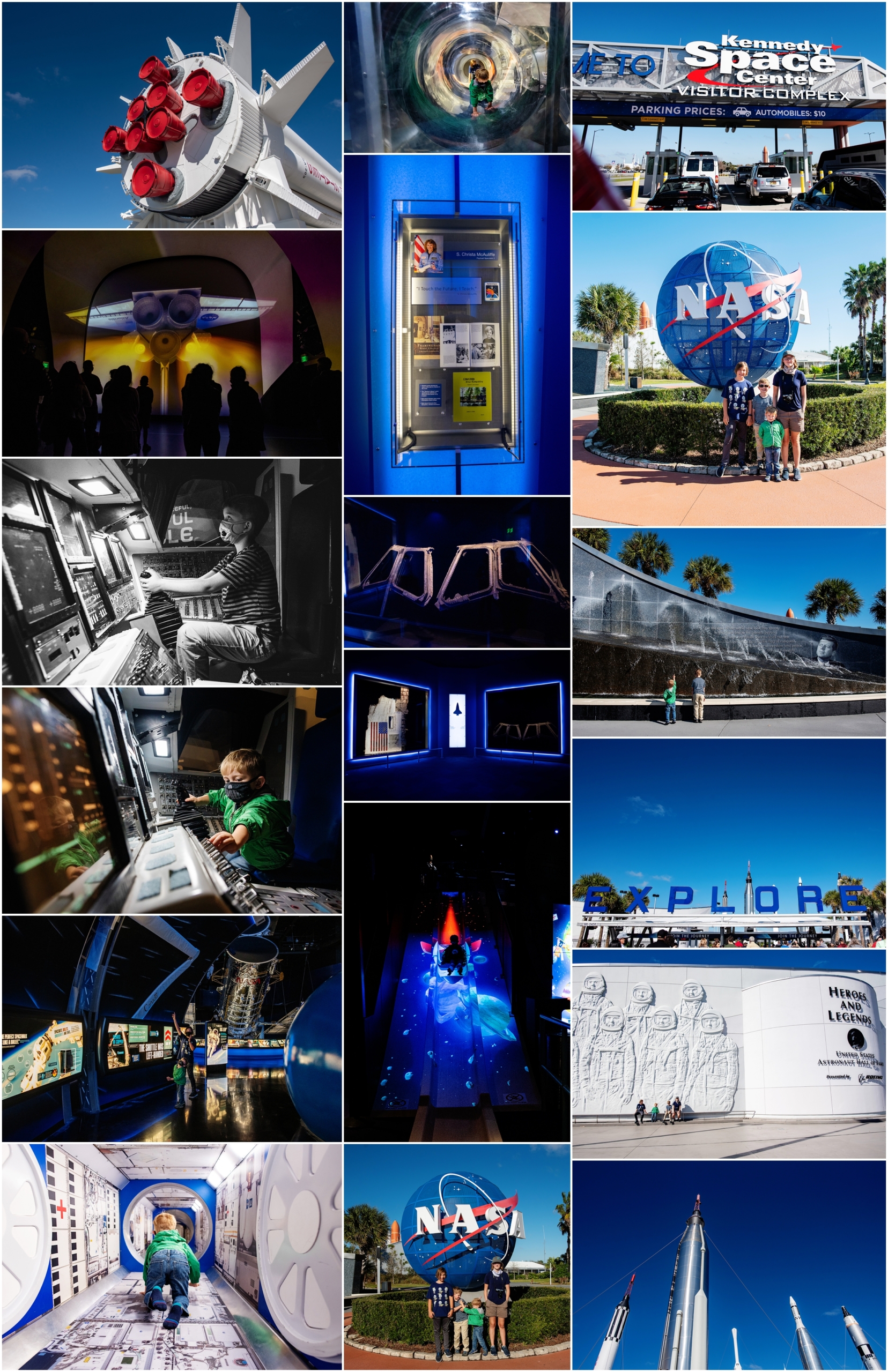 This weekend was so busy I’m still catching my breath! As our Christmas gift, Jason’s parents gave us an adventure and we chose Kennedy Space Center. We are so thankful, we had a blast!!

My kids were so excited to explore the grounds and the rocket garden before we ever even entered a single exhibit. Kennedy Space Center is is very well done.  Getting to see the space shuttle Atlantis was a highlight! We’ve seen the Discovery at Udvar Hazy in Washington DC too. The cool thing about Atlantic is that it’s suspended between several floors. We were able to walk right up next to it and under it. The other cool thing is that the side of it is open so you can see in close range. Also, the exhibit leading up to its reveal is really great! There’s a video showing the Atlantis flying, the screen it’s playing on rises and there she is! Very dramatic and we loved it!  I think we could have spent a full week at the Atlantis exhibit! It ignited their imagination and curiosity in such a big way! Roadschool win!  My kids loved sitting in a mock cockpit and pushing alllllllll the buttons!

Then, what started out as a fun looking tube crawl through a tunnel that reminded us of R2D2, ended very differently! The last stretch takes you through a clear tube suspended over 3 flights of open exhibits and people bellow. Zachary took one look, stopped, turned to Jude and said “NOPE”. 😆 I’m so thankful Jude was there to encourage him so Jason didn’t have to go on a rescue mission! With Judes help he did it! I was impressed!

One of my favorite exhibits was honoring Challenger.  When the space shuttle Challenger exploded in 1986 I was watching it live on TV from a middle school classroom at Boyet Junior High in Slidell, Louisiana. I remember how excited all the teachers were to see on of their own, Christa McAuliffe, go up with the teacher in space program. I’ll never forget the stunned silence in that room or the moments after. And I’ve never forgotten Christa McAuliffe.

The new Play Planet exhibit is AMAZING! After seeing a photo of it a few weeks ago it’s all Zachary could talk about and he was looking forward to it the most! It lived up to all his expectations and more! It’s so well done! The slide was his favorite. After you start going a rocket appears under your butt and you ride the rocket down! I can’t wait to put our YouTube video together for our time here, it was amazing!

What was supposed to be a short video ended up being our last photo of the day after a throw down at the NASA ball 😣🤪 Good thing it was time to leave anyway!

A few tips for visiting Kennedy Space Center during Covid:

If you visit, have a blast! So much to see and learn!