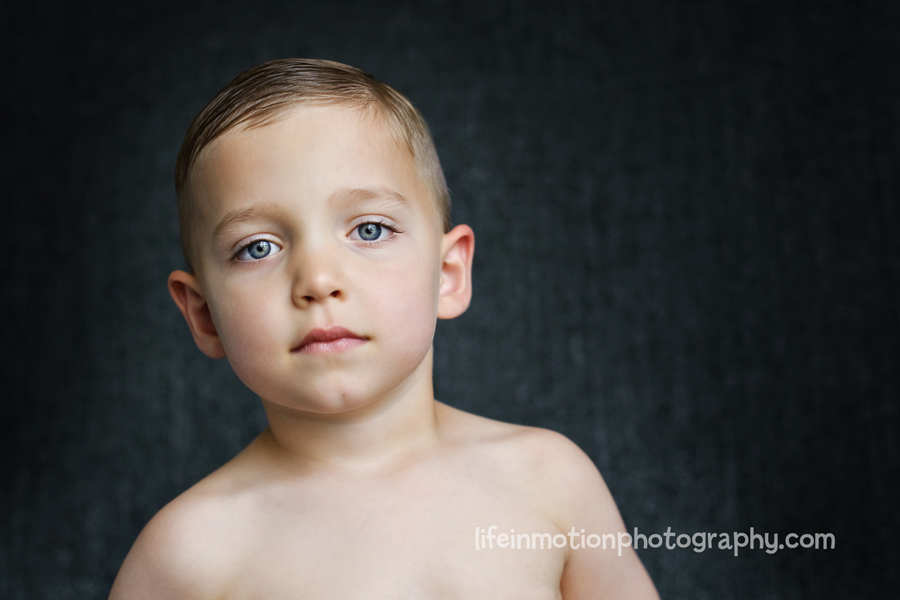 I absolutely love his grey eyes.  And the new, single, freckle on his chin.  He asks me daily if it is “still there”.  I think this photograph draws me in because it’s a rare serious moment for our little comedian.  He’s always on the moving, talking, active, everywhere and trying hard to make everyone around him smile.

A lot of people have asked why we aren’t continuing on with T names for the new baby.  We knew that we wouldn’t.  And honestly, just didn’t feel a lot of pressure to.  Mostly because not all 3 of our kids go by T names anymore.  About a year ago, maybe a little less, Teagan asked us to start calling him by his initials, TJ.  It was just kind of random and we tried, but it didn’t stick with any of us.  Then at dinner one night a few months later he decided we should call him Jude, his middle name.  So we tried that for awhile, and it did stick.  And he really liked it.  I’d say at home we call him Jude about 80% of the time.  He answers to Teagan, Jude, Teagan Jude, Duder and hey you!  All of us except for Ty pretty much call him Jude and have for a while.  I haven’t made the transition to calling him Jude online though.  I’m not sure why, I guess after changing his mind several times on what name HE wants to use, I was afraid it wouldn’t stick and we’d be back to Teagan.  But it has been months, so, if you hear me call him Jude around here, you’ll know who I’m talking about.  I’ve gotten to the point I type Jude and then have to correct myself and go back to Teagan.  Kids are so funny sometimes, but I love both of his names and if he wants to choose what we call him, so be it.  If you know him, you can call him by either name and he’ll answer you with a smile.