Poor Ty.  Yesterday he got home from school, dropped his backpack at the door and ran in to tell me about his day.  Then he always rides down to get the mail, we have lock boxes down at the end of our street.  On his way, he fell off his Ripstik and when he put his hands down to brace his fall, one of the keys in his hand punctured his palm.  Ouch!  Poor guy, it hurts bad, and it’s his left (writing) hand, but he’s ok.  Even still,  Jase had to help him write out homework last night and I wrapped it in bandages this morning hoping and praying it would help keep it clean during his (I’m a rough 11 year old boy) day.

Teagan and I got to go hang out with Michele and her boys this morning, and ohhhh man, are her boys cute!  Greeted us at the door with big smiles and bright eyes.  I love that!  I so wish Taryn would do that instead of diving under the closest piece of furniture when the doorbell rings.  It was fun, but I’m embarrassed to admit that two photographers in a house of CUTE kids and the only photo snapped was of a paper towel LOL!!!  Go figure…..thanks for having us over Michele, it was fun =)

Then off to pick up Taryn from school.  We get in the car and Teagan was fussing so Taryn started to sing him a song.  It was so cute, she’d sing the entire song….rock-a-bye baby in the tree top…..she’d get the end and look at him, serious as can be, and say “why are you still awake?”…..yeah, kid, I wish it was that easy!  Funny girl.  Teagan would just look at her and laugh, he loves it when she sings in the car.

When we got home, I had a little box on my door step…my new business cards.  Have I told y’all that I’m addicted to buying business cards.  I order some and then fall in love with a new design and order more.  It’s an illness really.  I’m really bad at taking a photo of a photo but here ya go… 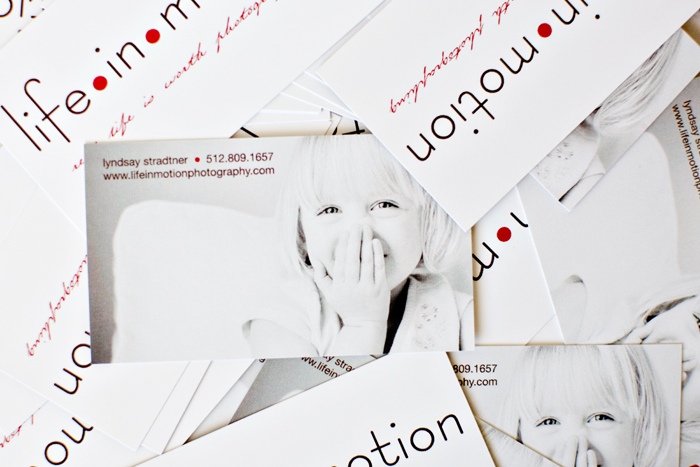 Check back tomorrow for a few trash the dress photos!