Alternate title:  Holy moly did that go by fast!

One.  I can’t believe it has been almost a year.  I think I’m in denial *almost* as much as his momma.  He’s had an awesome first year and it has been a joy to watch and capture as Lily became a great big sister and two of our dearest friends embraced parenting one of the sweetest little boys ever.  He’s going to be off and running and keeping up with the big kids any day now.  So hard to believe since it feels like this was just the other day.  Alli and I snuck out of the house bright and early this morning (much to both Taryn & Lily’s dismay – they both just *knew* the other one was going and they were missing something cool) to go exploring and take some photos of little man for his birthday.  We found the motherload of cool locations and I can’t wait to go back there and shoot again! 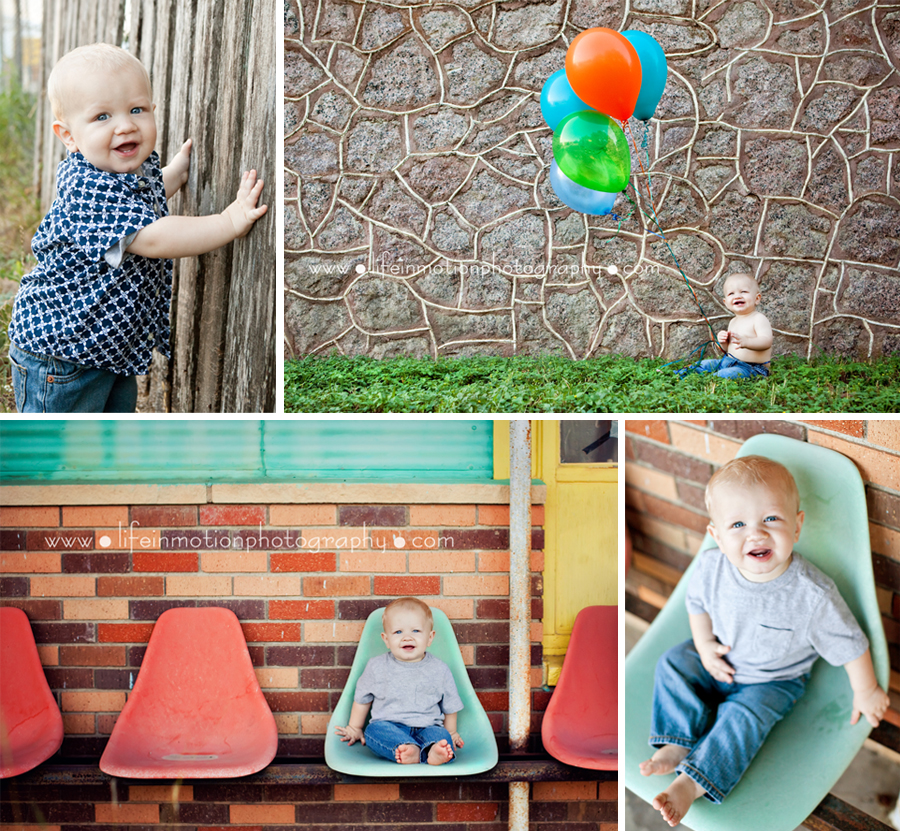 We had high hopes with the smash cake.  I think you can tell, he was NOT all that impressed with the mess, but that surely didn’t stop him from eating it!  HA!

LOL!  His birthday will be here before we know it (which means mine is coming up too – yikes!)….congratulations Mike, Alli & Lily on making it through the first year.  I can’t wait to see all the joy, love and laughter he brings in his 2nd year!  Love you guys!