So a few weeks ago I when I left the house to go do my frient Alli’s maternity photos, Little T was not pleased.  She knew Lily would be involved and was not happy about being left behind.  When I came home I happened to mention that Lily got a new swing set.  Major scowling going on, major.  “How do you know that”….”Did you play on it?!“….more scowling.  She wouldn’t believe me when I told her I didn’t play on it.  She followed me around the house for days insisting that I wasn’t telling her everything.  Finally I turned around and told her there is no way my butt would sit on that little swing, I did not play on it.  And she left me alone for a bit.

It’s been a busy few weeks, they had company, we had my mom here, mother’s day and we haven’t had a chance to get the girls together for their normal playdates.  As I’ve been proofing their images every time my computer is open Taryn runs over and says “I want to see Lily” and “Show me the swing set”…uh yeah, there are no photos of the swing set dear.  But I do have a photo of Ms. Lily and her momma’s cute little bump to share.  Gorgeousness. 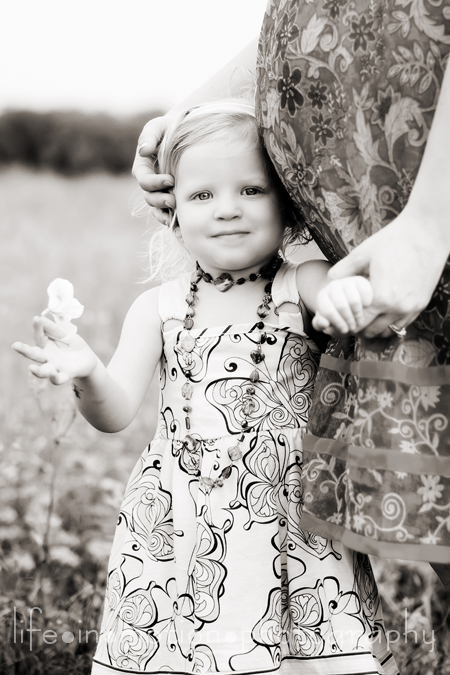 As for the swing set, we’re going to have to go invade their house or T’s going to drive me nuts.