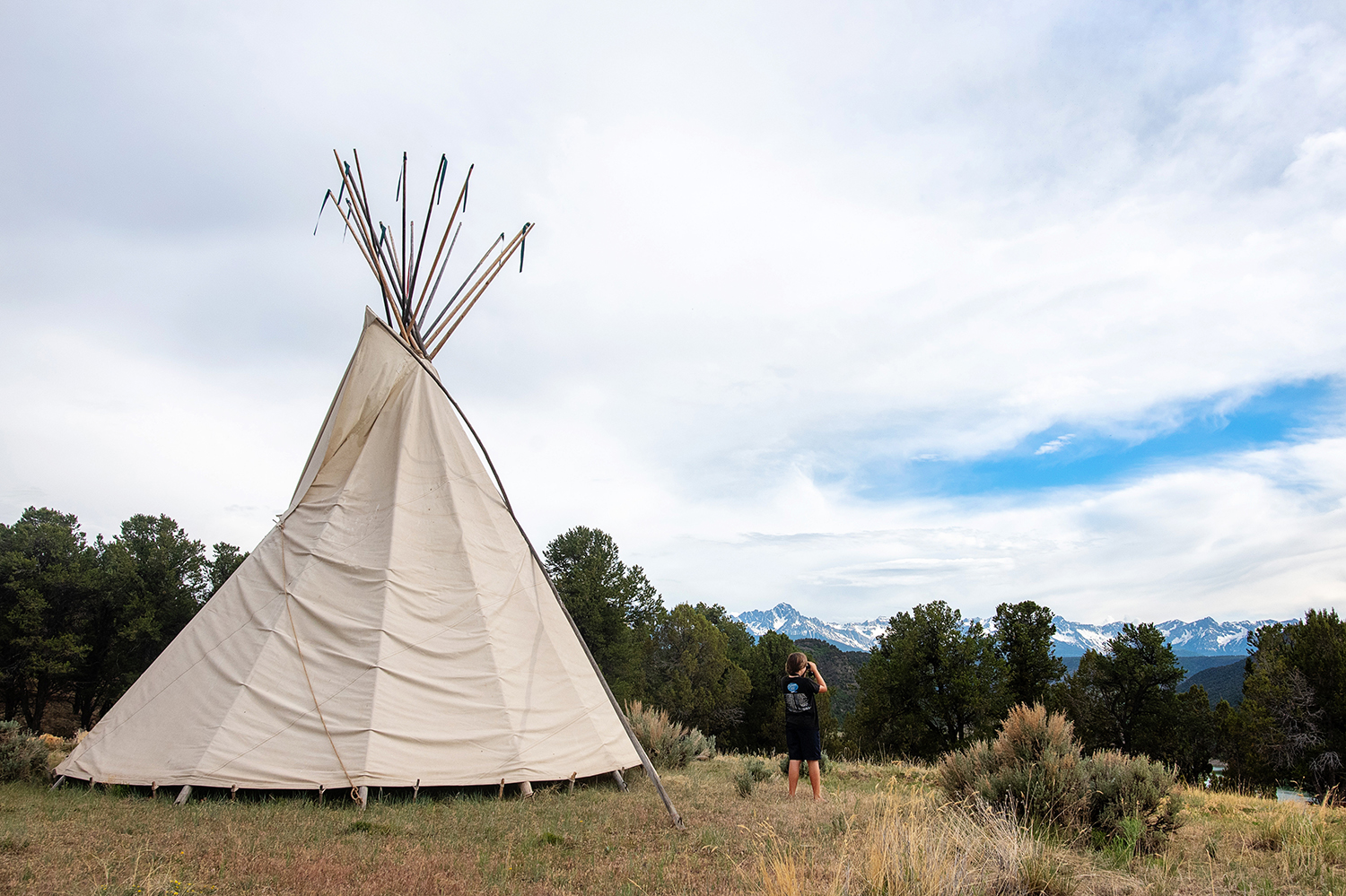 Our drive in Colorado was breathtaking yesterday. I’ll quote Jonah, who said it best, “I need to put this kindle down and pay attention to the nature around me!” We all did that yesterday. See stories for a few videos of the drive, it was incredible. We absolutely love our state park site for the week and are anxious to get in and explore Black Canyon at Gunnison National Park! 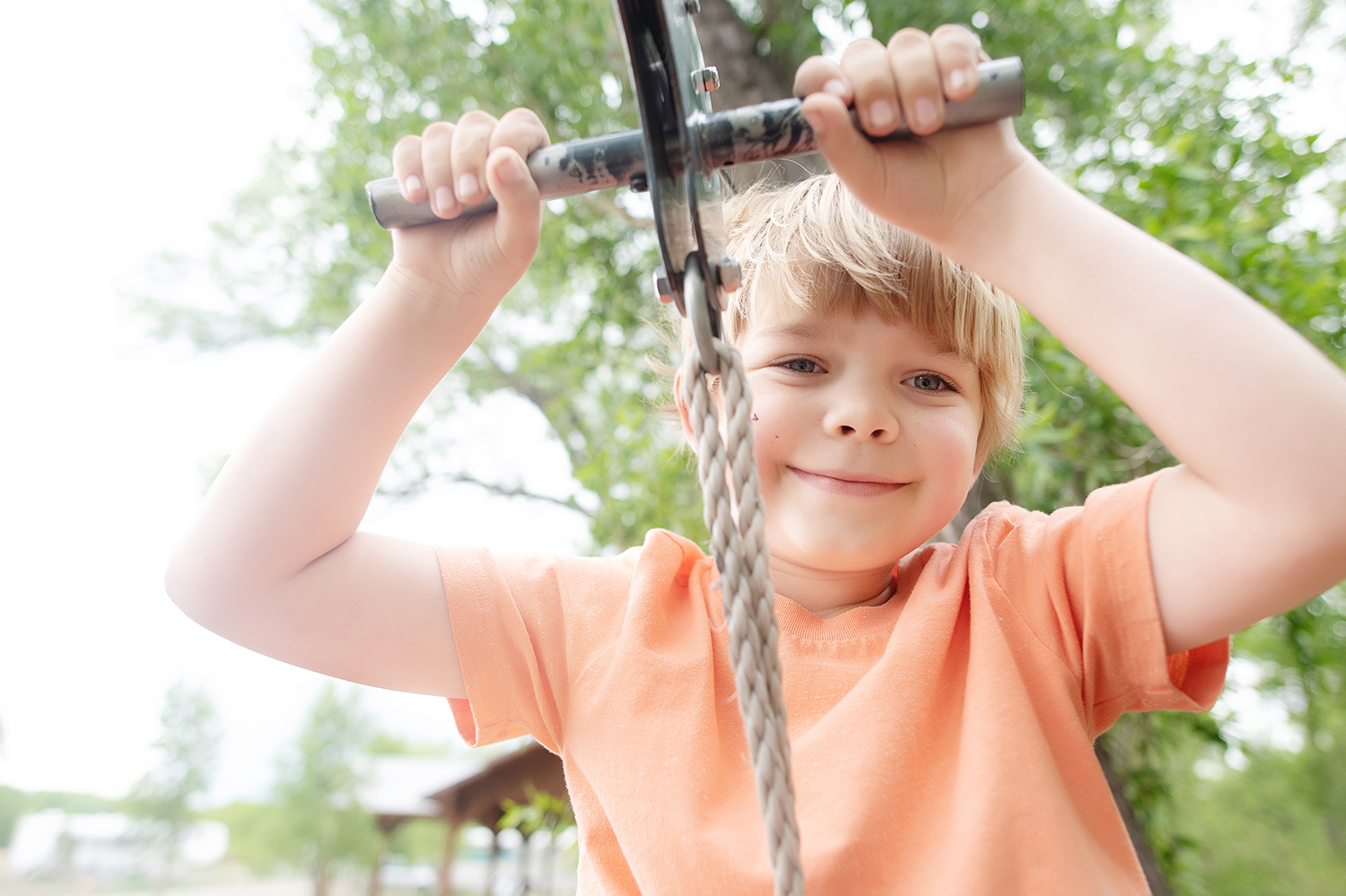 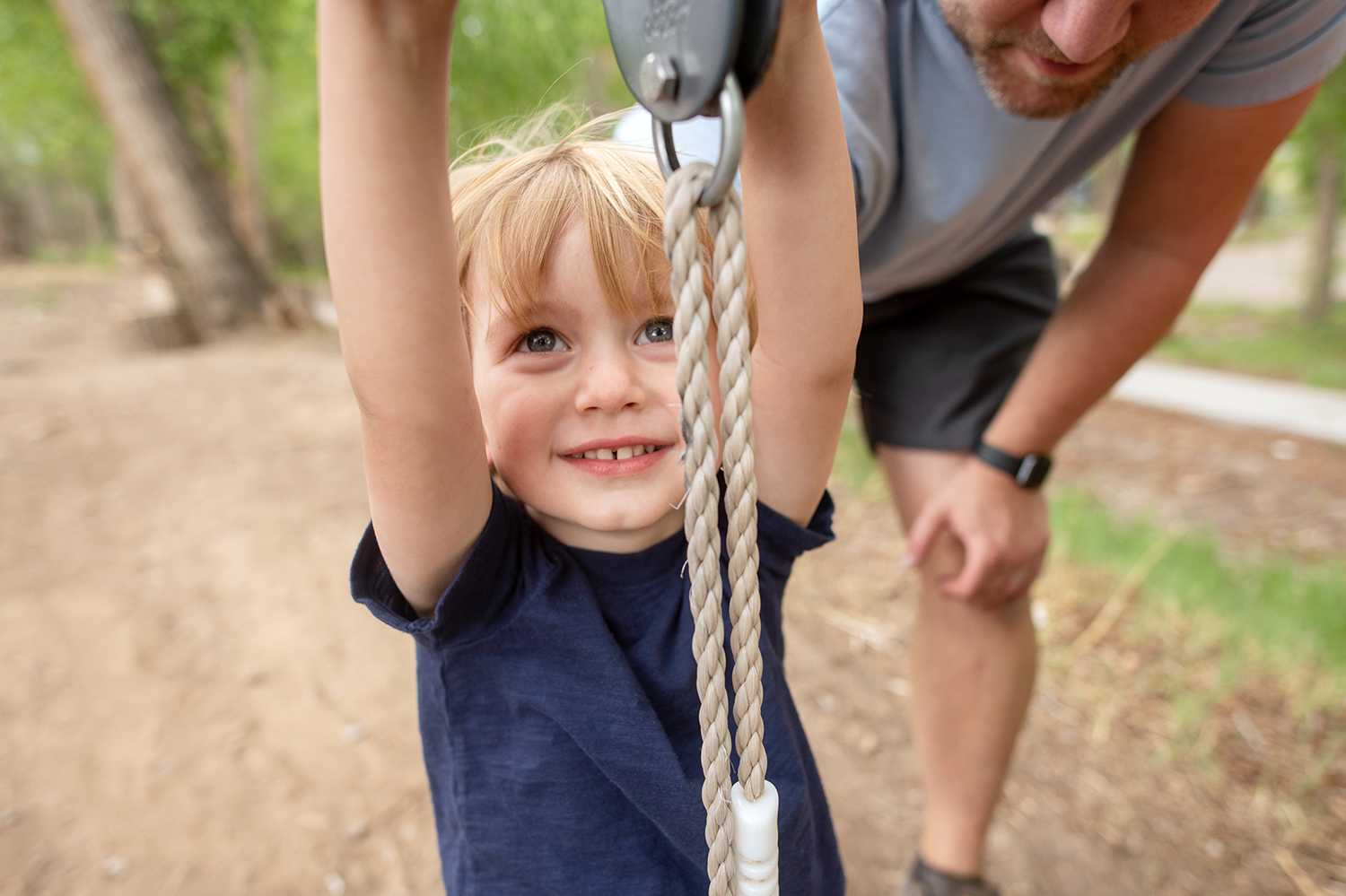 We made it to Colorado today! Our overnight stop is right on the river and has a free little zipline behind our site. Zachary got to zip for the first time and announced 3 times that he’s “big now!” Lord help me, he wants to keep up with Jonah so bad. 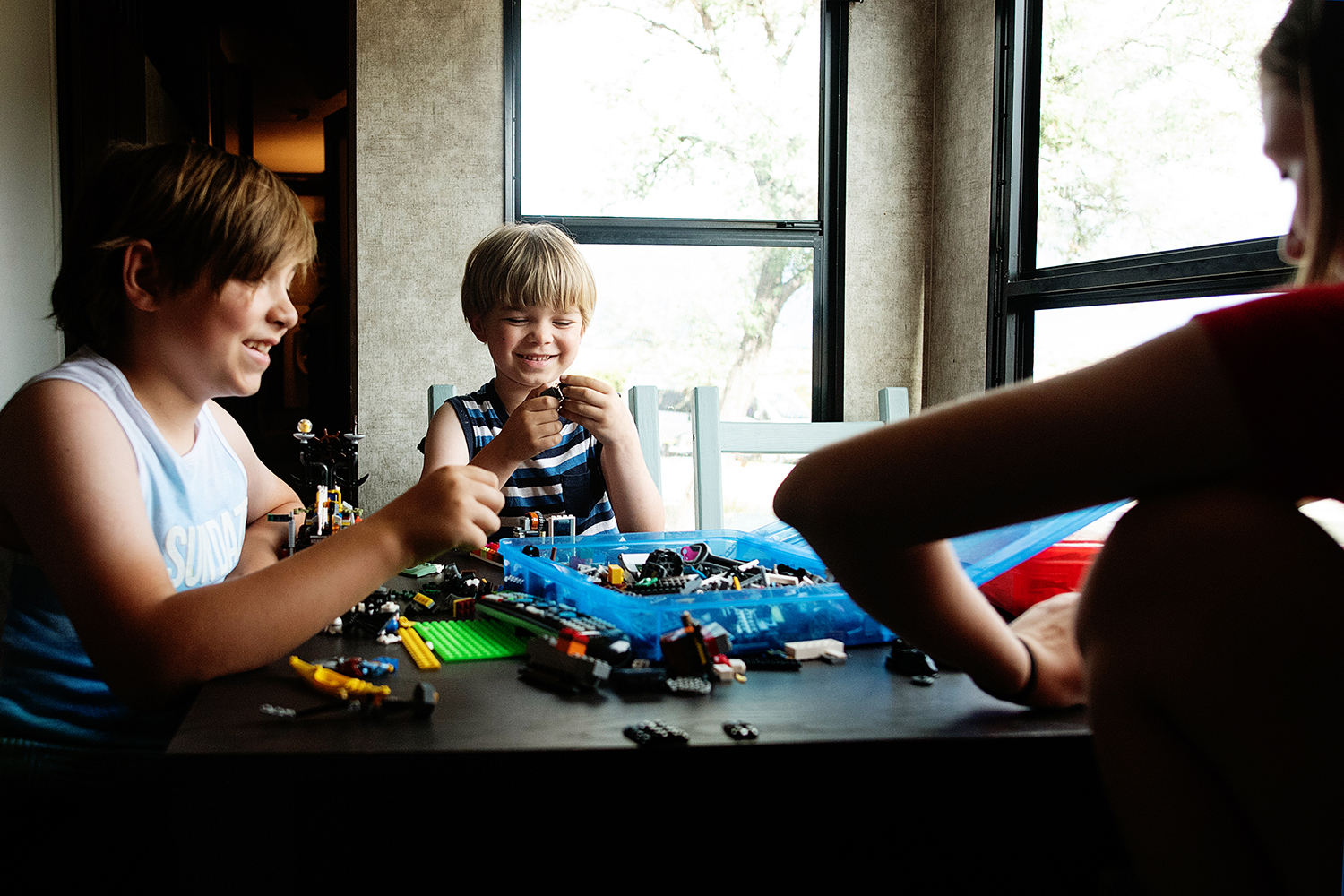 Spending an unplanned week in New Mexico was like being quarantined again. Thankfully the kids totally rolled with it and focused on school and legos all week long. Seeing the 4 of them playing together peacefully makes my momma heart happy. Big age gaps means that rarely happens, when it does, I soak in every second.

I mentioned last week that I was bummed we had to drive through and miss Santa Fe. After breaking down it was the closest town so here we are. It’s actually our 3rd time here and one of our favorite RV parks (Santa Fe Skies RV Park) welcomed us with open arms after a very long day. If you’ve followed our journey from early on you’ll remember this spot as the place we saw incredible pink snow at sunset in the spring of 2018. When we arrived tonight the sunset didn’t disappoint either. I’m obsessed with the skies in Santa Fe. I told Jason it’s as though the clouds have a love affair with the mountains here. 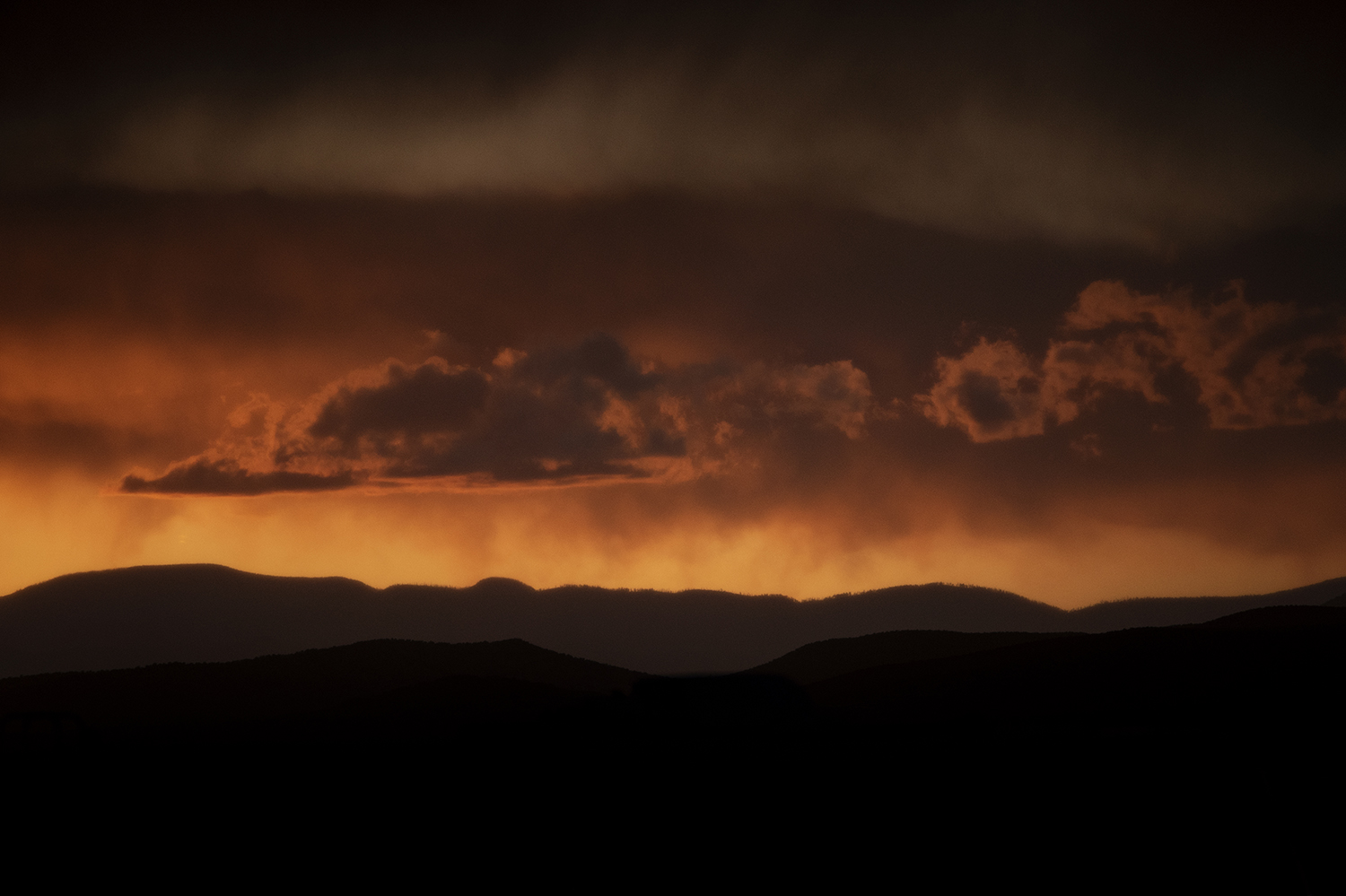 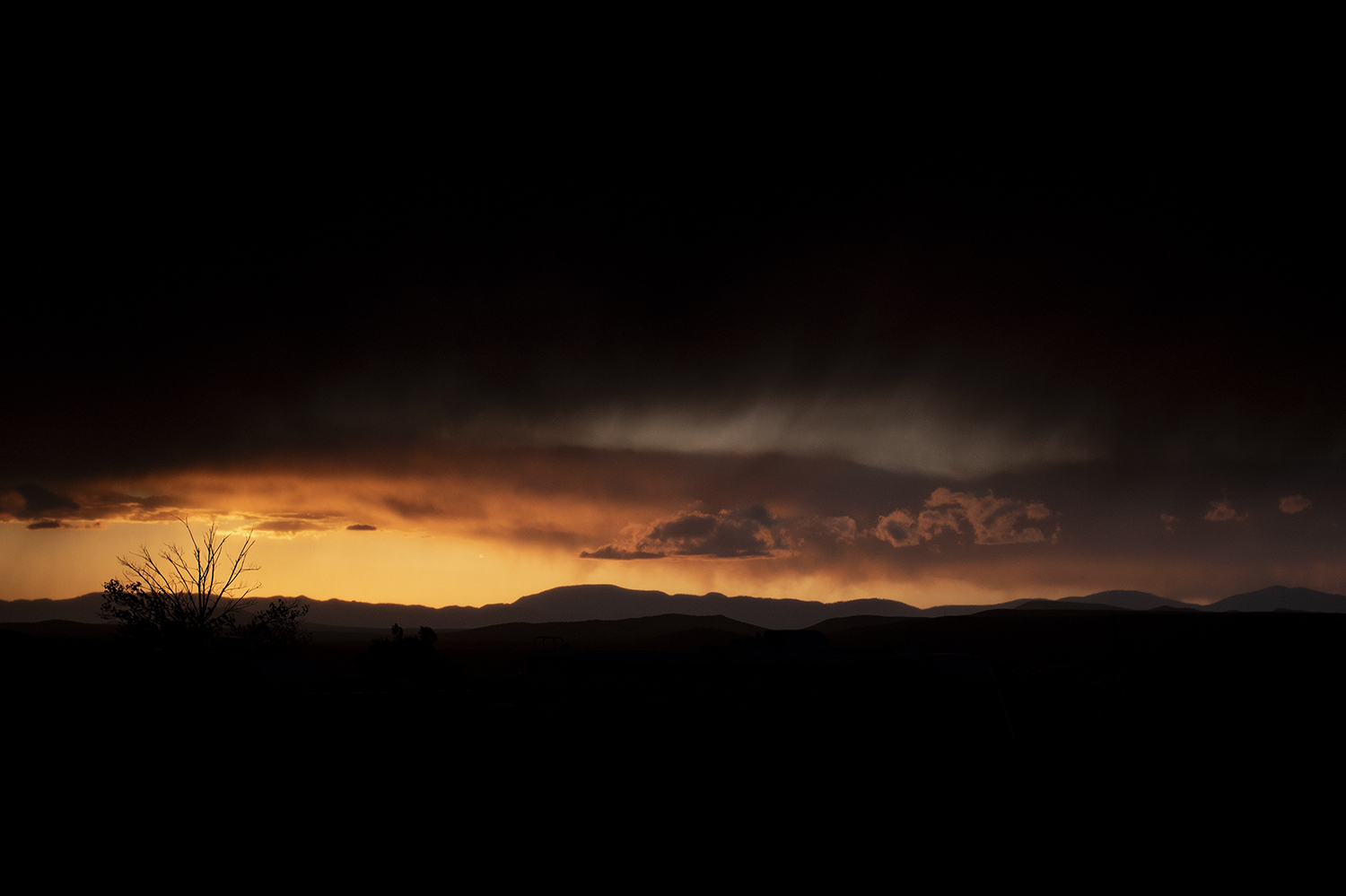 I’ll just be over here photographing the sky in Santa Fe until we can figure out another repair and where we should reroute to. We’d love to catch up to our planned route but we may need to skip a stop or two. 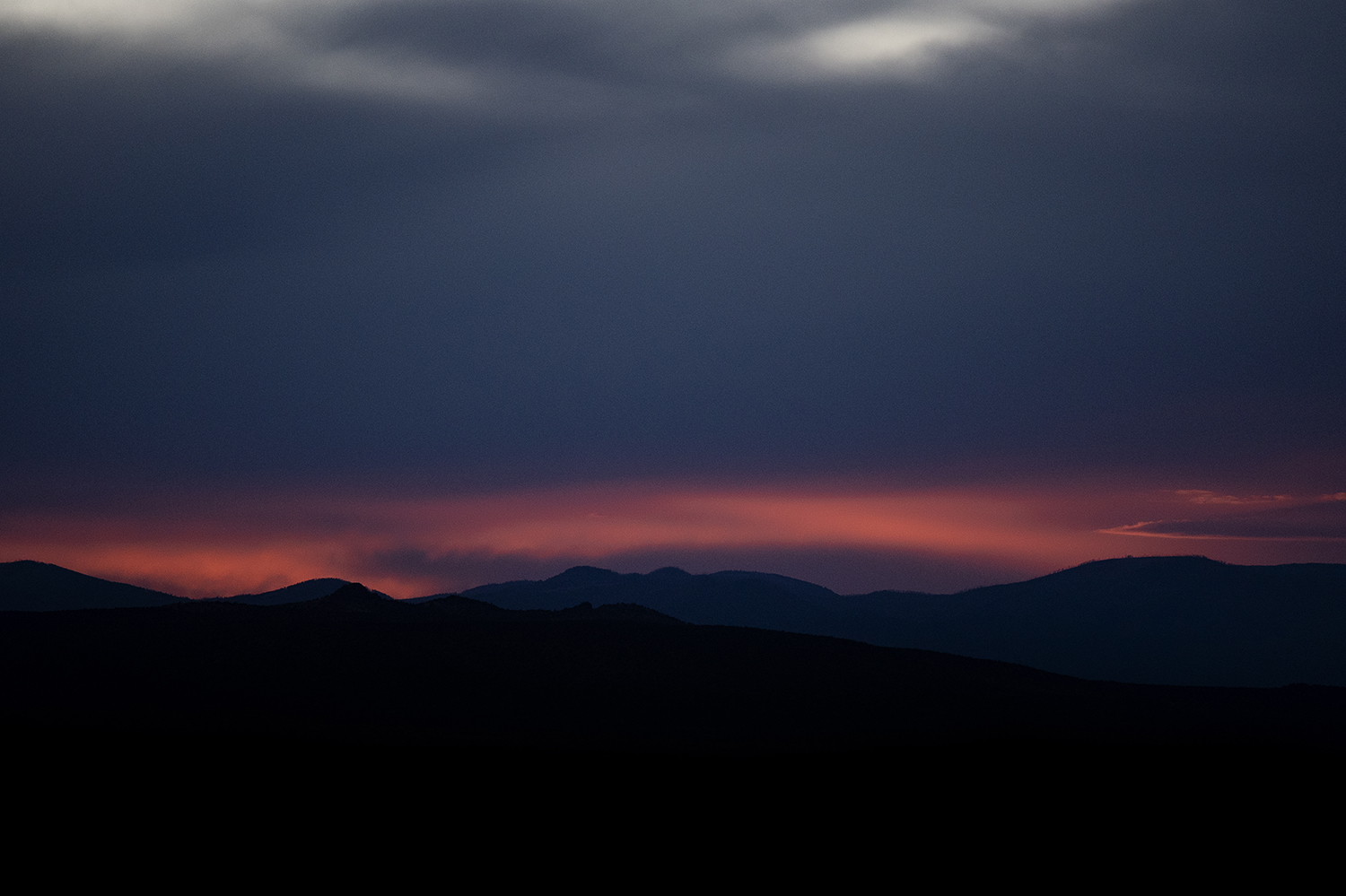 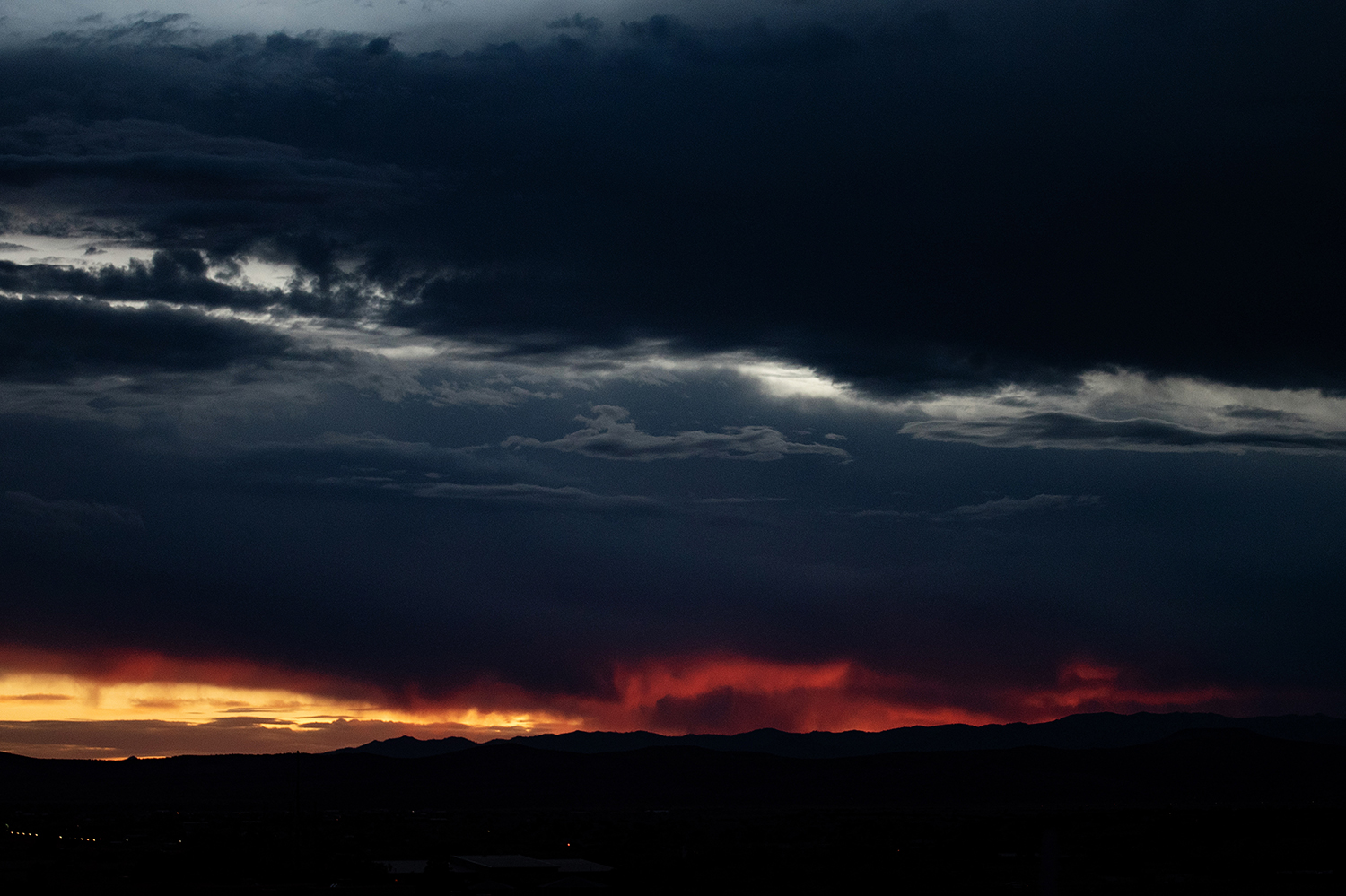 Another day, another Santa Fe sky. This time with a little rain. 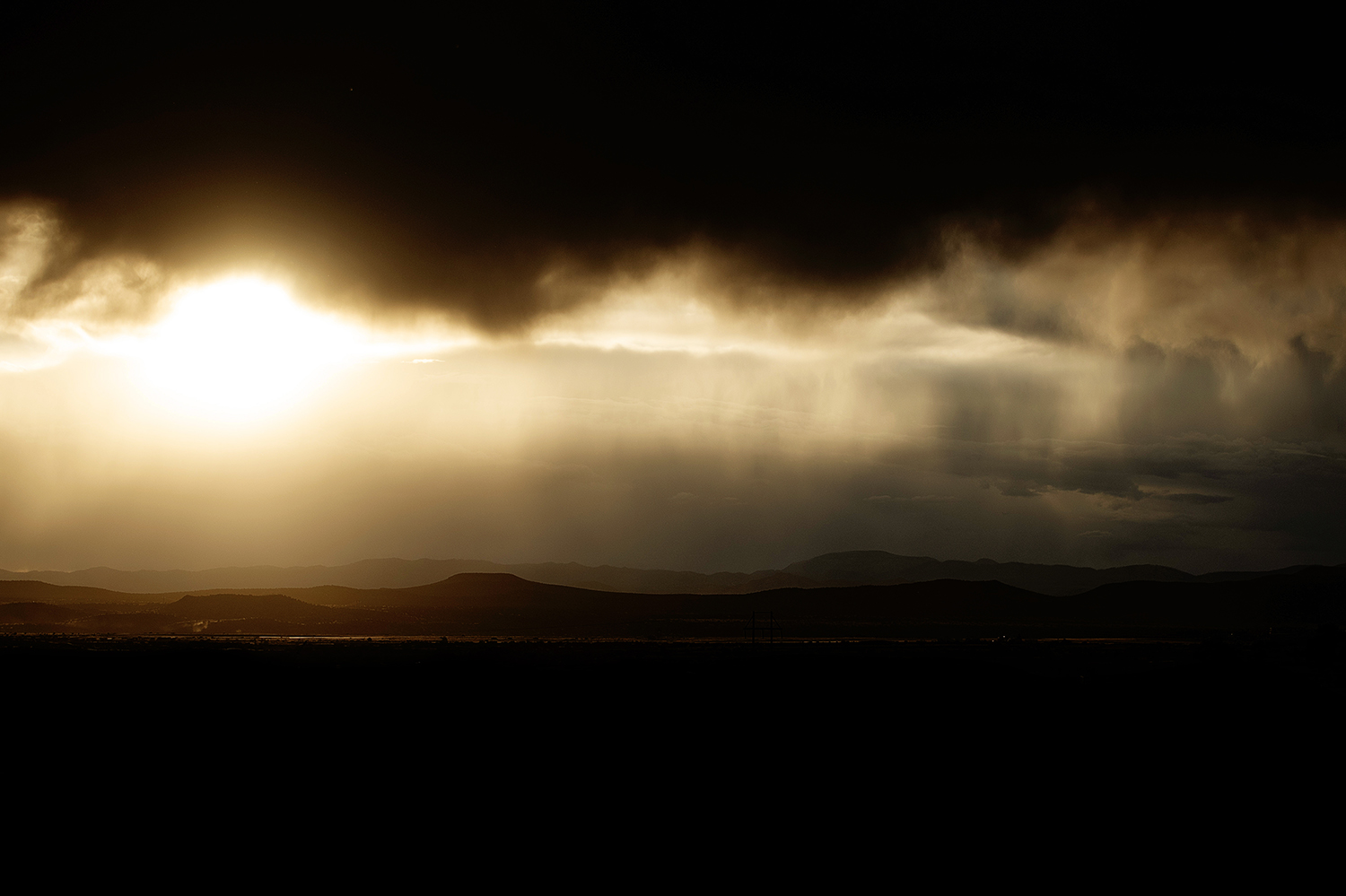 If you followed our Instagram stories today you know it was a rough travel day for us. 12 miles in we broke down. Thank God we were able to limp off I-25 to a pull off area that was much safer than the super narrow shoulder. Getting help on a holiday proved to be extra challenging, time consuming, frustrating and expensive. 8.5 hours and $650 later we were back on the road, all of us exhausted. Colorado as planned was just too far for today so we are going to stay put in Santa Fe for a few days to recoup. 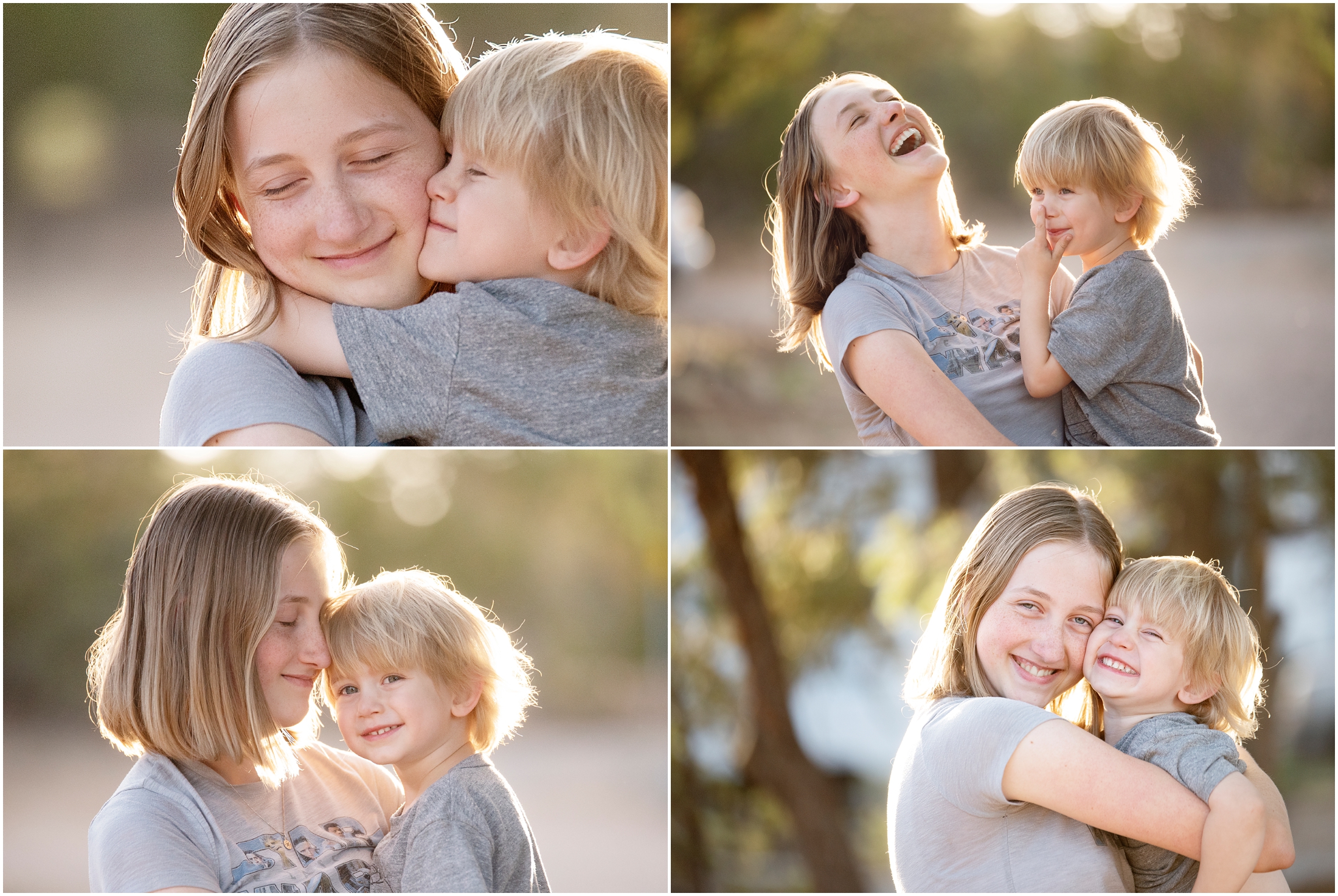 I don’t know that I’ve ever met two people that are more alike than these two. It shocks Jason and I daily. The way Z acts, the way he looks, the way he sounds, what he says, even his laugh is the exact same as hers was at this age. It’s interesting to watch them together because she gets so flustered by some of the things she herself used to do. Other parents say things like “I hope you have a kid that acts just like you someday!” We had Z and get to see Taryn deal with a tiny, opinionated, version of herself daily and I can’t lie, it’s satisfying and hilarious. This girl dished it out at age 3 and 4! Thankfully, she’s the easiest teenager ever. Hopefully Zachary follows that lead too😂 We’ve always joked that Taryn is Jason’s clone, looks like we created another one!