1. A few weeks before my Mom’s last visit, Taryn freaked out one night and insisted we take all the photos of her in her room down.  She said “all the Taryn’s were staring” at her while she was trying to sleep.  Part of me laughed, the other part just knows that this will come up in therapy some day filed under “it’s all my mothers fault”.  So after we talked to her a bit, we decided to take all the photos in her room down.  The day before my moms visit, she came and asked if Gee was going to be staying in her room.  When I said yes, she asked if I would put her pictures back up so the room would be pretty again and normal.  I did and she never mentioned it again, until Sunday.  I went into her room that morning before leaving for work and noticed one photo above her bed was flipped around backwards on the wall.  When I asked her about it, she said “the grouchy Taryn was staring at me”.  LOL….girl, I can relate, I sometimes feel like the real live grouchy Taryn is always staring at me too!  😛  Poor kid.

2.  This little piggie went to the market…..

I’m pretty sure the last few 10 on Tuesdays have featured Teagan’s feet in some way shape or form.  I just can’t help myself.  Especially when it includes his beloved blankie.  The kid goes nowhere without the blankie.  He’s obsessed.

3.  I got a few comments and emails regarding one of the shots posted in MC’s birth sneak peek asking how I shot it.  I absolutely LOVE this shot so I thought I’d come back and share the straight out of camera capture and my edit side by side. 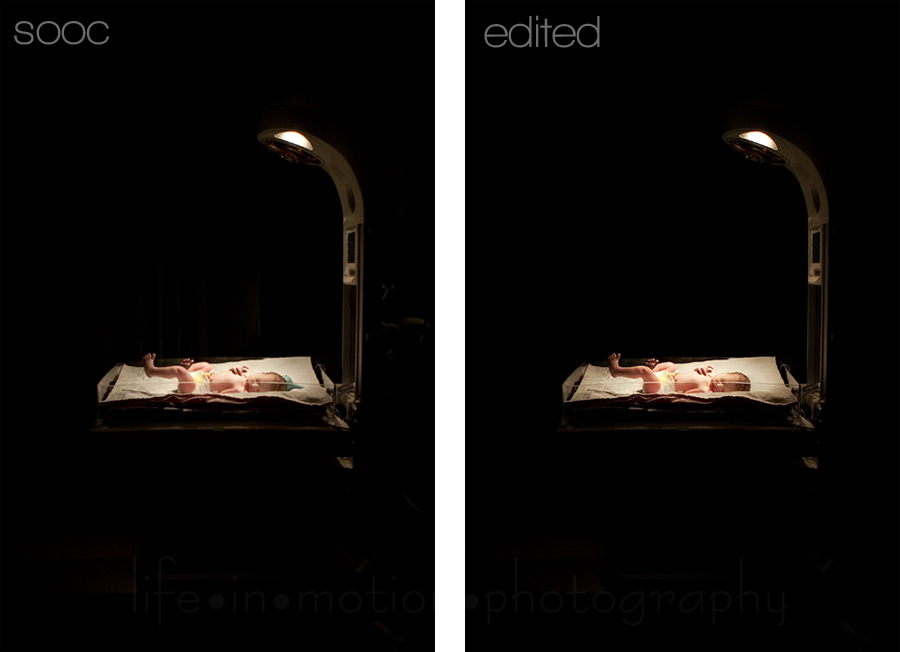 You can see they are very similar but if you look close you’ll see the differences.  First, when I took this shot, because the light was bright on the baby and the rest of the room was fairly dim and lit pretty much only by overhead ambient lighting, I metered off the baby.  That resulted in the area all around the baby to appear even darker than it actually was.  As far as my edit, I bumped the contrast and clarity in ACR.  Adding a bit of contrast makes those toesies stand out just a bit more.  Once open in PS, I warmed it up just a bit, burned a few lighter areas directly behind and to the right of the warmer.  I then cloned out the blue suction bulb near the top of the babies head.  I rarely clone anything when it comes to birth photos, they are what they are and I want them to remain real.  I think this may be the first birth photo I’ve ever cloned anything out of a shot actually (other than a piece of fuzz here and there on dad’s shirt, etc.).  But in this case, the bulb had to go.  I then sharpened, played with a few crops as seen in the sneak peek and voile!

4.  Yesterday I was changing Teagan’s diaper and when I put him down off the changing table he threw his arms up and said “All Done!” and ran off.  Ha!  I say that all the time as I put him down, he cracks me up.

5.  Ty started day camp this week.  He’s super excited about it.  Of course I miss him like crazy, so does Teagan, who spent the morning walking around saying “I wan bah bah”.  But I am slightly grateful that I will be seeing a little less of this all week…. 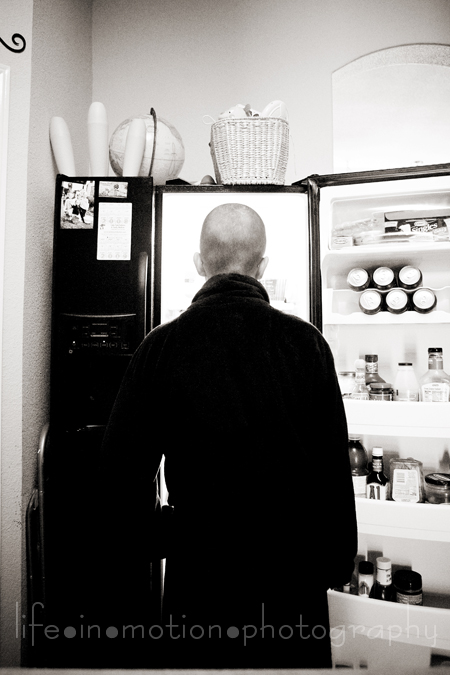 Eh, who am I kidding, he’ll make up for it at dinner each night.

6.  Seriously, does anyone else hoard toys you don’t want your children to have on top of your refrigerator?  Or are we the only freaks who do that?  It’s out of control!

7.  Tina of My Lil Crations posted these last night and I ran straight over and bought them.  Love them and will find a way to use them in my house.

9.  I absolutely adore Craig Ferguson.  Seriously, I crack up every.single.night.  Jase and I both have to catch outselves sometimes to be sure we don’t laugh too loud and wake up the kids.