1. Teagan weaned.  All on his own.  Cold turkey.  A week ago Friday.  I’m sad.  And proud.  I can look at him right now and say, I grew that.  Look what I did.  And I’m proud of that.  But I miss it.  Horribly.  Probably doesn’t help that since he went cold turkey that I’m in a lot of pain.  Thanks little dude.  If y’all hear about a cow exploding just north of Austin, no worries, it’s just me.  Seriously though, tough time, end of an era.  I’m trying to focus on the positives…like getting my thyroid rechecked and under control.  It’s still all out of whack from having Taryn and I refused to take the necessary meds while pg or nursing.  Martinis are a positive.  And getting the rest of my dental work done.  And margaritas.  And going to the dermotologist and getting some good stuff done.  And beer.  And the drive thru daiquiri store when we go to Louisiana soon.  Notice a theme here?  Well, I’ll attribute that to this being the first time in 5 years I haven’t been nursing or pregnant!  There was just a few short weeks between weaning Taryn and the time we started trying to get pregnant with Teagan.  But I’m proud I nursed him for so long.  So….hey….look what I grew…. 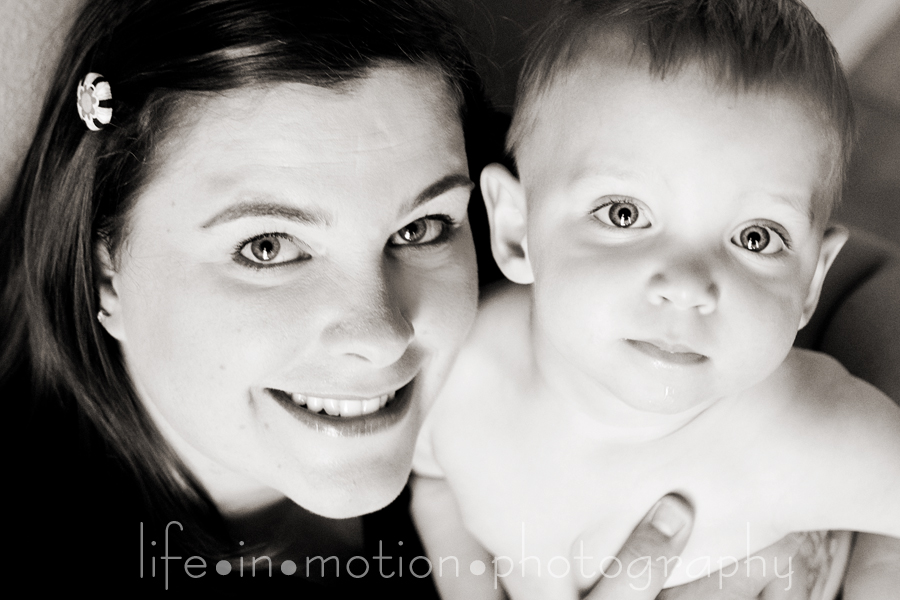 Ty took this shot.  And how do you like that…a photo of me 2 weeks in a row.

2.  I am loving the new iphones we bought.  loving them.  it feels weird to say that a phone has changed my life, but it has.  more so, my business.  i can now email out and about, respond to clients right away, send pricing info, and most of all have access to my ical, which i feel is my lifeline.  all my color coded appointments for the kids, the biz, galleries, my lifeline now goes with me everywhere and i love it.

3.  I regret downloading a handful of toddler apps because teagan and taryn are constantly battling for the phone.  Teagan’s fave is peekaboo barn.  He sees the phone and goes biserk saying “boo bar boo bar boo bar”.  Taryn’s fave is animatch, go figure, the child loves animals and she’s pretty darn good at it.  They both love the flashcards apps.  Ty and Jase found some guitar hero esque app and Jase and I have been having bubble wrap app wars.  I was the champ until he took the lead last night.  But I’ll be back.  He’s goin’ down.  What are your favorite apps?

4.  When we bought new phones for Jase and I, we also took the plunge and bought a “family phone”.  At this point we are at a place where there are times we want to be able to get in touch with Ty.  I’ve never been the type of mom that thought we’d give our 12 year old a phone, but I’m telling myself there are positives.  First, we can get in touch with him anytime we want if he is out with friends, playing in the neighborhood and it makes me feel he’s a bit safer knowing he can call me whenever he wants.  I was also getting tired of him having to borrow his friends phone to call and check in with us all the time.  So, to ease into it (both us and him) we are calling it a “family phone” with major use restrictions.  It was hard to believe that when I handed my 12 year old a phone, he was 2 and I was 23 before I had my first phone.  Times have changed.  And I feel old. 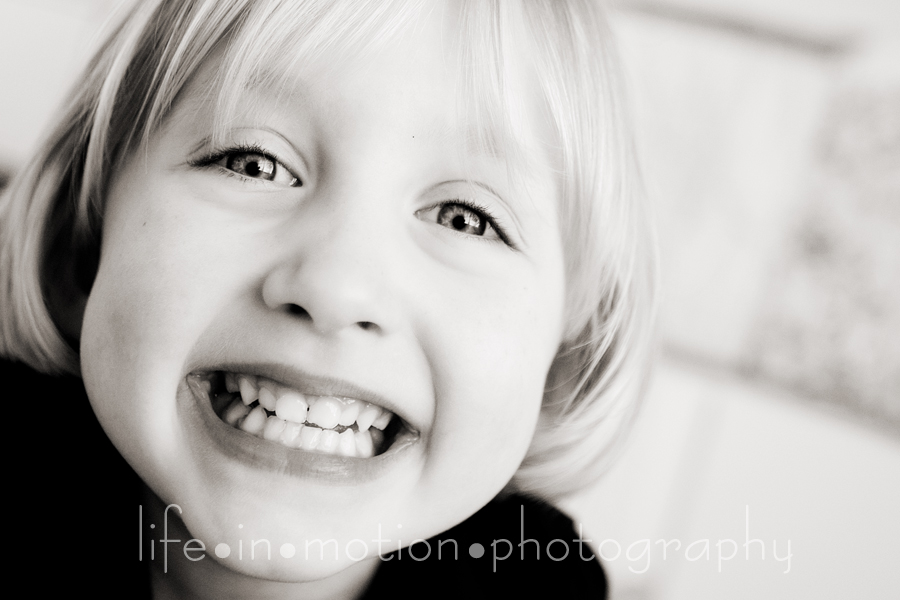 6.  Back when Taryn was two, we started using her age throughout the day….you are 2 years old = 2 turns at a game, or 2 m&m’s or 2 minutes in timeout.  Same thing when she turned 3.  So the first thing she asked me for on the morning of her birthday was 4 candies…you know…cause she’s 4 now.  Granted, the 4 minute timeout, not so much fun. 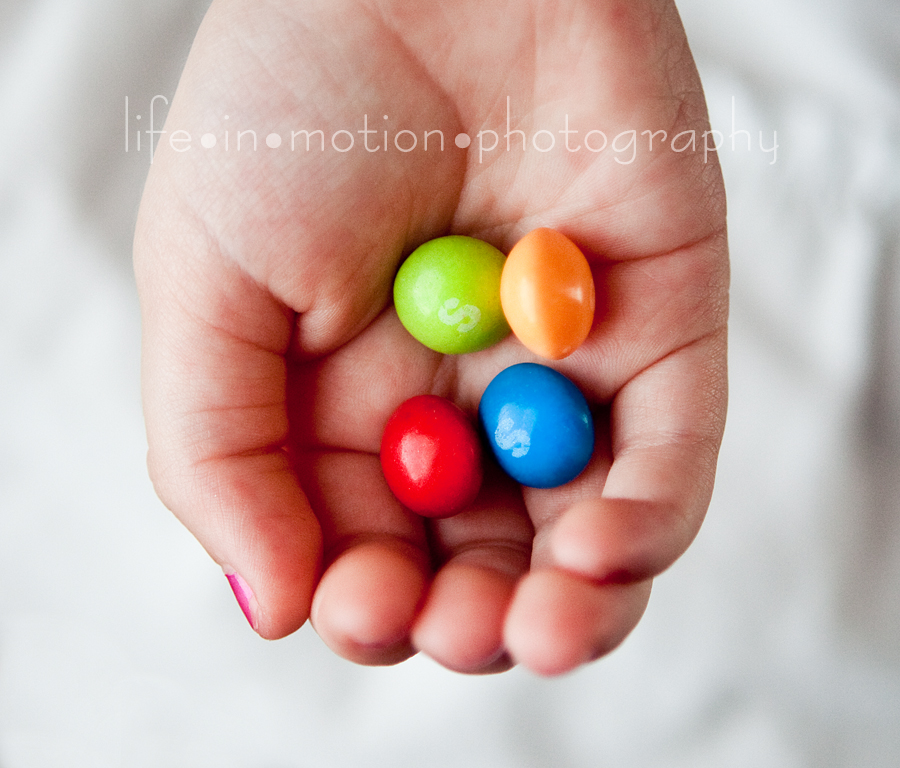 7.  While sorting through MC’s birth photos, I came across some video I shot of me talking to myself in the waiting room.  What a weirdo.  I might include it on her disk just for kicks.

8.  I’ve been listening to a lot of Lenka lately.  This line strikes me every time:

“Take every moment; you know that you own them.  It’s all you can do, use what’s been given to you.”

Use what’s been given to you.  That’s huge.  HUGE.  Do you see what you’ve been given?  More importantly, do you share it with the world?  Imagine what a different world we would live in if every person actually recognized and used the gifts they are given.  I’ve been thinking about this so much lately.

10.  We had a small party on her actual birthday and then on Saturday we told her we would take her and Lily to do something special.  I offered up a girls day at a cute little place that does little girl makeovers, etc.  Not interested.  Nope.  My girl wanted to go bowling. 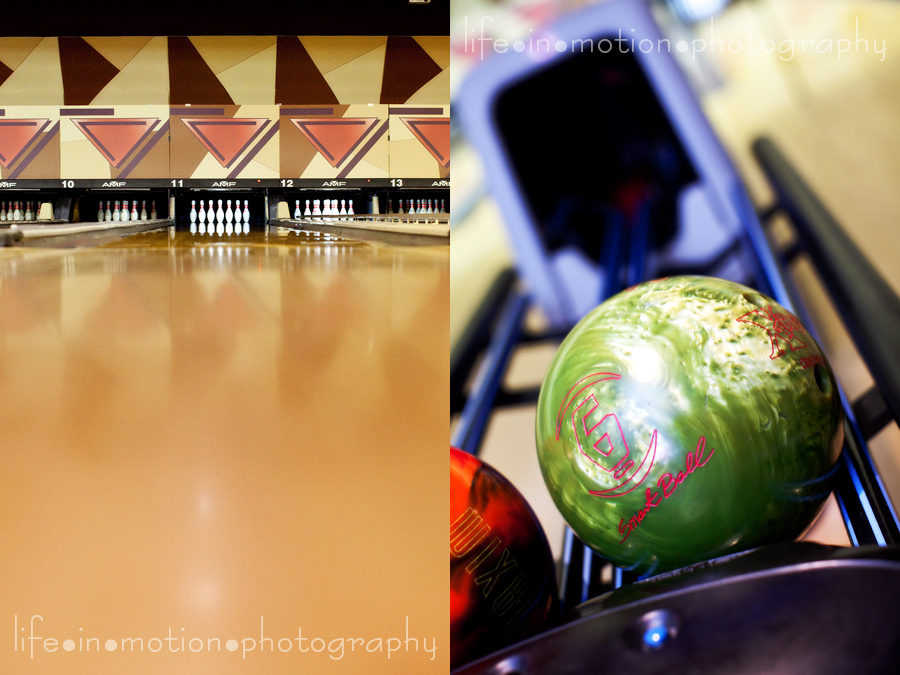 And she loved it.  Obviously…. 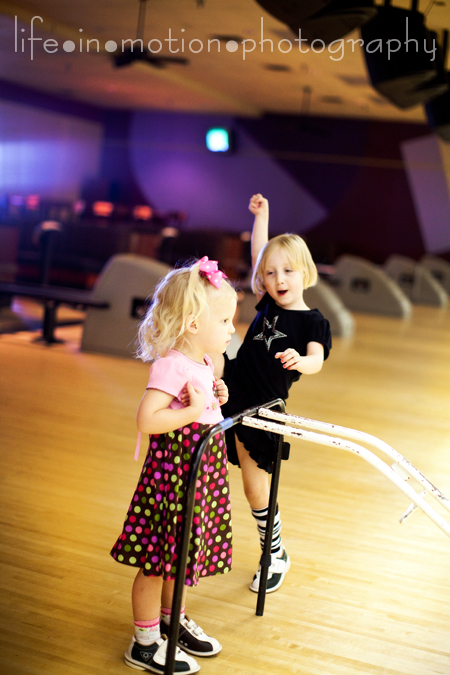 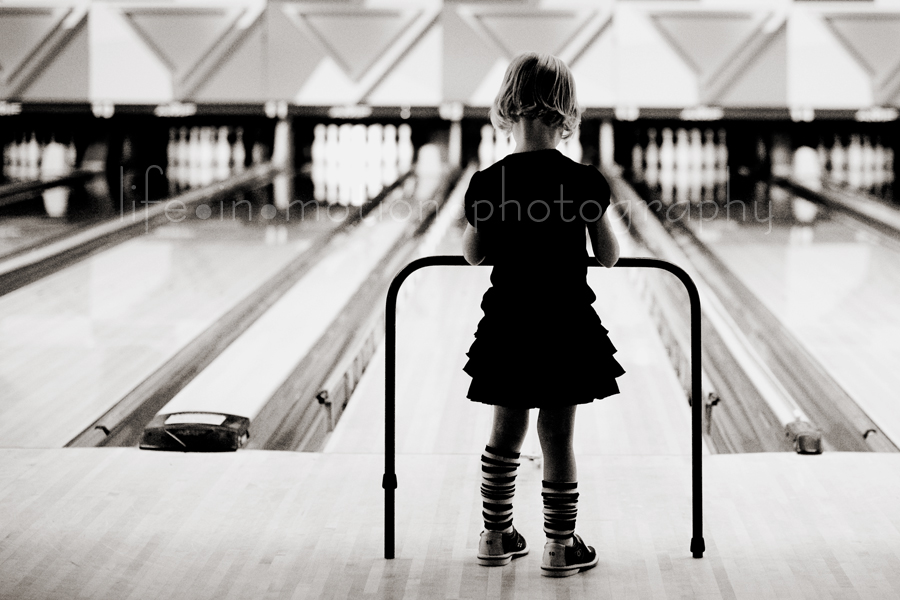